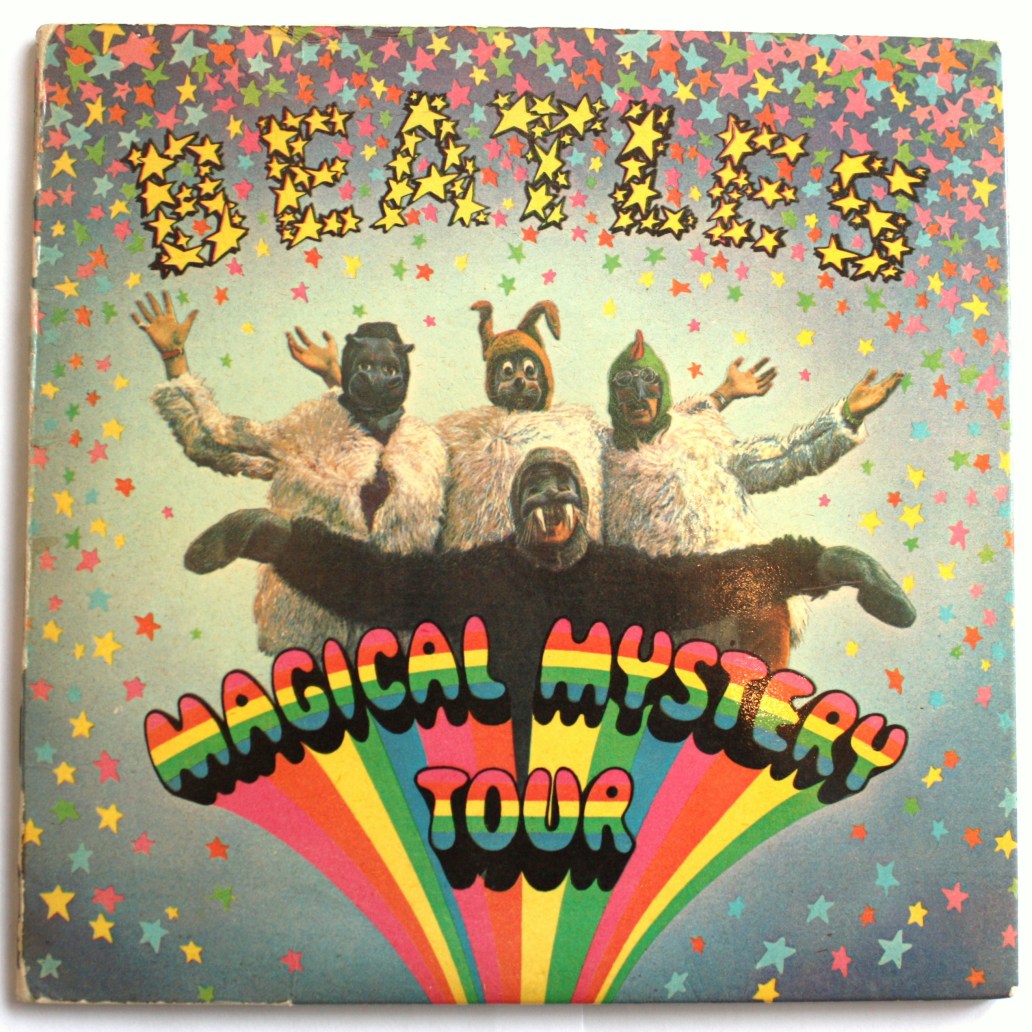 The Beatles‘ Magical Mystery Tour is finally seeing the light of day, having been hidden away for many years in shame like Harry Potter under The Dursley‘s under-stairs cupboard.

Cynics might suggest there’s a very good reason for that: i.e. it isn’t very good. I haven’t yet seen it, so will keep an open mind (it’s The Beatles! How bad can it be?!). But the new DVD promises a commentary by Sir Paul McCartney and a look at some out-takes. I’m not really seeing a downside here…

Filmed in the chaotic aftermath of Brian Epstein’s death during September and October 1967 and first screened on Boxing Day, December 26th 1967, it was blasted by critics, yet contains some of The Beatles’ best songs.

Whilst I will have to wait for the release of the DVD on 8 October, I do own a copy of the original EP, which is a lovely object. 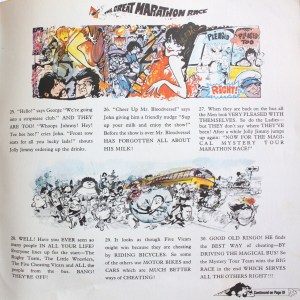 Consisting of two 7″ records in a gatefold sleeve with a 24 page booklet that contains photos from the film, a storyboard / comic strip of the film and all the lyrics, it is one of the most satisfying Beatles collectibles – and not too expensive either (I picked mine up for £5, with just the lyric sheet missing).

In the USA Capitol had doubts over the unusual format, so added Penny Lane and Strawberry Fields and a couple of other tracks and (for once) actually made an album that from a musical perspective eclipsed the British release. 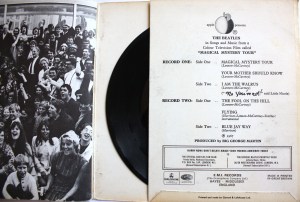 So here are Five Reasons Why You Should Watch The Beatles’ Magical Mystery Tour:

Have you seen the film? Let me know your thoughts if you have…

Record #87: The Beatles – I Am The Walrus (but here’s the Oasis version)

Like Loading...
‹ Muswell Hill Billy: Sweet Billy Pilgrim Live!
What Is The Greatest Music Documentary of All Time? ›

Tags: Brian Epstein, Fool On The Hill, I Am the Walrus, Magical Mystery Tour, Paul McCartney, Penny Lane, The Beatles, Your Mother Should Know