I was at the launch of The 2012 Barclaycard Mercury Prize tonight, at The Hospital Club in Covent Garden. Lauren Laverne announced the twelve nominees, nine of whom were at the ceremony itself. 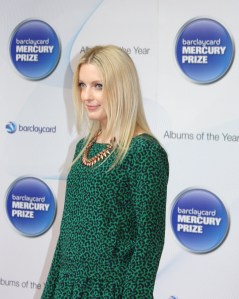 There’s nothing like an award show to create a bit of discussion or controversy even. “He shouldn’t be on the list; so-and-so is sleeping with X; she’s paid someone off”: And that’s just sorting out the guest list for those attending.

Some award shows are better than others. We’ve all thrown stuff at the telly when they announce that the Award For Best Video has been chosen using the searing musical intellect of the listeners of Dr Fox’s radio show, or Best Single as voted by Tesco Retail Sales Department, Best Album sponsored by Jacobs Creek Wine and Best Indie Act as chosen by anyone above the rank of Colonel who listens to Radio 4’s Today programme…

Don’t misunderstand me: by all means have a music award voted for by listeners of Smooth FM. Everyone should have an opinion. But those listeners are played the same eight records three times a day. It’s like asking North Koreans to vote for their favourite country (with the initials NK). 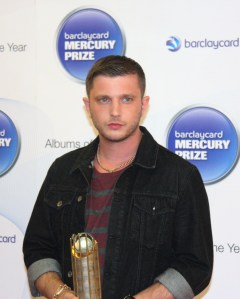 In the nicest possible way, if you think Alt-J is Jessie J’s little brother, then you might not be best placed when asked for your views on album of the year…

The Barclaycard Mercury Prize is therefore a much treasured British Institution. There’s only one award: Album of the Year. That cuts out most of the nonsense. Russell Brand, bless him, isn’t asked to present. That cuts out the rest. The prize is traditionally a cheque for £20,000. It’s a lot of cash, but perhaps not if you are a headline act paid a hundred grand just to play a festival. The kudos of winning the prize (or even being nominated) is thus worth more than the cash.

It is voted for by ten judges, who gather in a smoke filled room, (I like to imagine it resembles the film Ten Angry Men) to decide who wins.

As a result, it is the most prestigious music prize in the UK. Past winners include Primal Scream, PJ Harvey, Elbow, Dizzee Rascal, and Arctic Monkeys. And a number of acts who burned brightly but briefly and who now rest in obscurity. That’s the fun of it. Those years when M People beats Pulp or Antony and the Johnsons beat Coldplay to the prize, and everyone says “Who?” when the winner is announced. You don’t get that with the Brits. At least not in a good way. 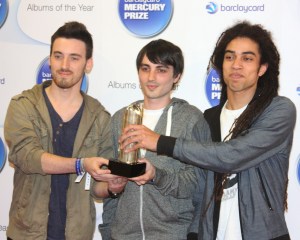 The announcement will be televised on Channel 4 at 12.10am tonight. 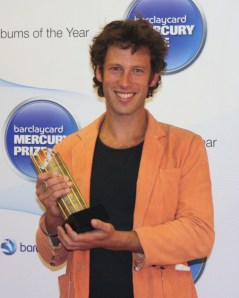 A new feature this year will be the opportunity to see the short listed artists ahead of the awards show on 1st November. Tickets will be made via a ballot system developed via Barclaycard and The Ticket Factory. Entry is free, although a donation of £10 will need to be made to War Child in order to secure each pair of tickets. If you use a Barclaycard, the sponsor will match your donation. You can register for more information at https://www.theticketfactory.com

As for the short list? I’m rather sad that there was no room for Sweet Billy Pilgrim, who deserved a nomination – but then the award will always provoke that kind of debate.

I really like the Field Music record – it sounds a bit like Duke era Genesis. I feel I have to justify that statement with the phrase “but in a good way”. You should check them out if you haven’t already.

Richard Hawley’s album is classy also. He was overlooked for Cole’s Corner, so maybe it is his turn? I wished him luck tonight – he looked in enormous pain as he is still recovering from a broken leg and was hobbling about meeting the press very gamely. 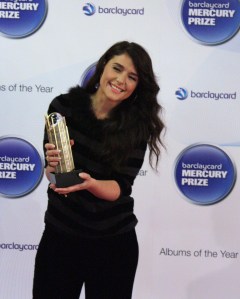 The Maccabees, Alt-J and Django Django all have interesting records with catchy tunes. Alt-J were early favourites, albeit the vocals are something of an acquired taste. There are some really great tunes on the album and a couple that don’t convince me but it is a worthy effort nevertheless. Very different mix of styles. Django Django are more poppy, but both will appeal to a similar crowd. 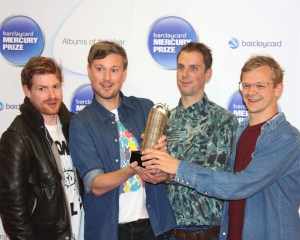 Plan B’s last record was a barnstormer, and the new one Ill Manors just takes that further. It’s the soundtrack to the film of the same name and features audio clips in between songs that make Pulp Fiction sound like In The Night Garden. Short on laughs. And that’s from someone who likes Slayer’s Reign In Blood. More seriously, there’s social commentary here not seen since Public Enemy’s early records. File under “Parental Guidance Required”. In a good way.

As for the rest? I’m not going to pretend. I haven’t heard them. That’s what’s fun about The Barclaycard Mercury Prize. If you have heard half the albums, you’re doing well.

On that basis, I’m doing well. I’ll spend the next couple of weeks getting up to speed. I’ll let you know if anything hits me.

All pictures by Every Record Tells A Story

Like Loading...
‹ How $5.98 Made Metallica Millions
Ten Things You Didn’t Know About The Beatles’ Magical Mystery Tour ›