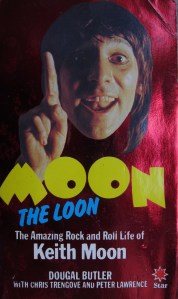 Rock Star Quotes can be fun to look back on…

OK, so Christmas is over, but perhaps you have some time off, and there’s a quiet morning stretching ahead of you. Or maybe you are sitting through the Christmas special of Downton Abbey and wondering why your own aged relatives’ attempts at humour are never quite as amusing as Dame Maggie Smith‘s latest sparkly put-down.

What you need is something to raise a smile and occupy the mind. A combination of quiz and sparkly wit. And who better to provide it that a coked-up rock star?

(Disclaimer: Some of the quotes below may have come from non-coked-up rock stars).

The things rock stars say are one of the many reasons why we love rock n roll. There’s the music first of course. The rush and excitement of a live show. The challenge to the establishment.

But there’s also the people who make the records. When rock stars meet journalists we witness on one side the desire to promote a record as efficiently and quickly as possible to get a hovering PR person off their back, and then (often) a general wish to be left alone to sleep off a hangover.

On the other side, the journalist is looking for an interesting quote beyond the usual “we’re much happier with the new record than we were the last one”, or “our last record company didn’t really get behind the last record, so we had to leave” (i.e. we were dropped).

So on the rare occasion when a rock star has something to say, it is a great treat. Or even when they don’t have anything to say, but they say it anyway and get into loads of trouble.

The following quotes all have the benefit of being indiscreet or amusing, or vaguely interesting.

The challenge, should you choose to accept it, is to match each quote up to the person who said it. PS. There’s two here from Keith Moon – because I couldn’t decide between the two:

And here are the people who said those quotes above…

Enjoy! Best of luck! Answers (alongside those for my previous music quiz) will be published next week on my Facebook page…

Sources include these excellent books: I Am Ozzy by Ozzy Osbourne; Meaty Beaty Big and Bouncy! compiled by Dylan Jones; Hail! Hail! Rock n Roll by John Harris; The Rolling Stone Interviews; Who I Am by Pete Townsend

Like Loading...
‹ A Music Quiz For Christmas
Home Taping Is Killing Music – Further Tales of Taping Off The Radio ›