Home › Hard Rock › Poll Results Are In! Rock Is Sexist, The Videos Are Terrible, But We Love The Singers…

Poll Results Are In! Rock Is Sexist, The Videos Are Terrible, But We Love The Singers… 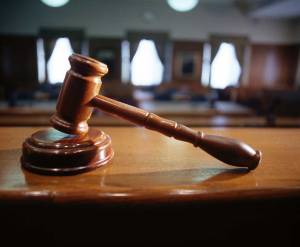 It’s Official: Heavy rock is found guilty of bad clothing, terrible videos and it’s definitely sexist – but they wrote their own songs, and we love the singers!

For those poor, misguided regular readers of Every Record Tells A Story whose hearts no doubt sank when they saw me flogging the dead horse of the “Rock on Trial” series with each fresh new email or post, let me thank you for getting this far without yawning, vomiting, skipping to the next thing or simply vowing never to return. I think it has been a little cathartic to talk about some of these hideously over-dressed and made up skeletons in our closets. Knowing we bought Bon Jovi records is not so much having an elephant in the room as having a rather handsome yet too-hairy Springsteen wannabe corporate sell-out in the room, but the result is the same – there’s still a big pile of you-know-what stinking up the place at the end of the day. We needed to get it out in the open, talk about it for a little while, have a laugh, and move on, secretly keeping a couple of tracks on the iPod “for old times sake” (yeah, right).

However, to round it all up, I thought I should listen to what you, the readers, felt about this mock trial through the polls and voting system.

By lucky chance, the editors of Classic Rock magazine enjoyed one of the articles, and republished it on their website, so on one of the polls at least we have the benefit of a far wider audience than my own rather more er, select readership (Classic Rock Facebook “Likes”: 180,000: Every Record Tells A Story Facebook “Likes”: 312 – but I know and cherish the names of each and every one of you…).

We’ll analyse the results in a minute. Perhaps more fun, however, is to enjoy some of the more direct feedback that the Facebook-connected readers of Classic Rock gave the article in the comments section. My article on sexism was one of many that Classic Rock publish every week, so this was a rare chance to be part of the public-facing front-line of music journalism and stand shoulder to shoulder alongside people who actually do this in real life, as a job, and get paid for it, instead of just mucking about writing rubbish like this…

There were some pretty well thought out views on there: “It (as you rightly point out) goes all the way back to the blues but I think a corner was turned with Nirvana et al in the 90s away from the foolish single-entrendres of Whitesnake etc.”

Some acknowledged that this was a different time: “I don’t think Mr Coverdale meant to be misogynistic, but some of the lyrics from Ready & Willing, Come & Get It, and Saints & Sinners, haven’t aged that well.”

Others were much less bothered about whether sexism was a bad thing in rock: “Of course it is, so what?” was one comment, echoed by others. “Yep. Next question” was another typical comment. Another said “Once more political correctness rears it useless head”. Others felt it wasn’t just Rock’s problem: “Was it a rap fan trying to deflect attention said this lol?” said one comment.

There was also plenty of people who dug out the Spinal Tap “What’s wrong with being sexy?” / “Its a fine line between clever and stupid” and Bad News comments: “They’re the parts I like”.

Others felt there were better examples: “I am shocked that Rainbow’s All Night Long didn’t make Exhibit A, with those tender lyrics of “You’re sort of young / but you’re over age / I don’t care ’cause I like your style / I don’t know about your brain / but you look all right”, although another comment made the point that “Roger Glover wrote those words as a deliberate parody!”

And of course, there were a few who replied with tongue in cheek (let’s hope) “Absolutely not. Now get yer t— out and make me a cuppa….”

And as with all comments sections, there were just a few rather more bizarre entries:

“I’ve been listening to rock since I was a teenager and it’s not given me the urge to rape anyone.” was one comment – which I guess is a good thing, but hardly setting the bar that high….

Said another: “Loose Women are sexist towards men, sexism is a two way street, but political types will tell you otherwise.” which probably means something to someone, somewhere.

Perhaps the most succinct comment was this one: “What a load of s***.” I think you know you have done a good job when your article just provokes random abuse…

But my favourite was this one: “Someone at Classic Rock towers must be very, very bored!” Presumably this was directed at the pie charts, which funnily enough I worked on whilst on a long train journey. Many a true word….

So what of the results?

Some of the polls are too close to call. The jury is still out on a number of questions where there is just one or two votes in it: The questions of whether Hair Metal has stood the test of time, and whether it has moved with the times split the vote, along with whether preening guitar heroes are a good thing or bad.

However, the biggest votes of confidence were in the vocals. A decisive 83% of voters disagreed that metal singers sounded like cats being strangled. Some 58% of you also disagreed that Heavy Rock lyrics were somehow criminal, suggesting that rock’s more diversified lyrical pallet is something that people enjoy. Another thing that people were prepared to overlook was the use of outside songwriters with only 33% of voters being bothered by the likes of Jim Vallance…

However, Few people were prepared to stand up for the way that heavy rockers dress, there were few supporters for rock’s video legacy (only 33% like the videos) and fewer still (31%) had any time for the rather outdated sexism evident in many songs.

The message for any promising new bands out there? Get a decent singer, write your own songs, dress normally, make a good video and be nice to the opposite sex.

Doesn’t seem that difficult does it?

Thanks for voting and for your comments throughout the series – I enjoyed the feedback from everyone – even the abuse!

Like Loading...
‹ The Every Record Tells A Story Best Albums of 2013
The Top Ten Best Beatles Books ›