Drenge – Live at The NME Award Show: The Scala 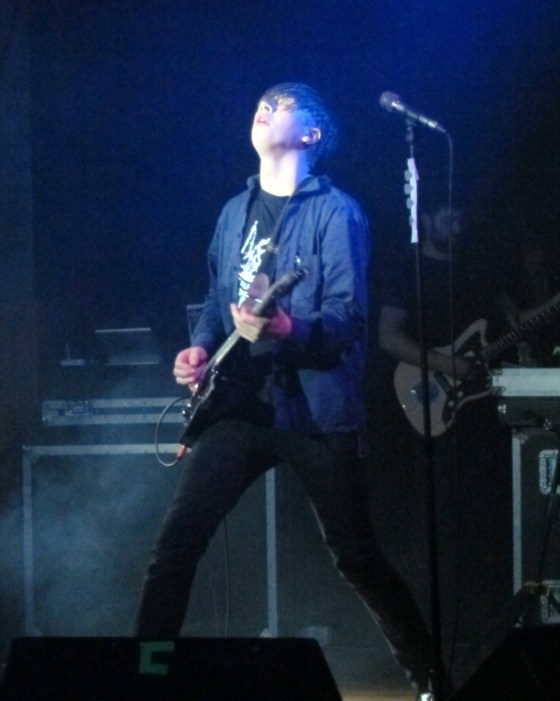 Eoin Loveless of Drenge at The Scala

It was somehow fitting that Drenge should play their biggest headline gig so far, in the week that the country watched the Reverend Alex Turner at The Brit Awards musing in a statesman-like way “That rock’n’roll, eh? That rock’n’roll, it just won’t go away. It might hibernate from time to time, sink back into the swamp… but it’s always waiting there, just around the corner, ready to make its way back through the sludge. It will never die…”

It is fitting because I reckon Drenge might just be the brightest, most current hopes for rock n roll in the UK. One album already under their belt, they play raw, visceral and genuine songs that blend Nirvana, Queens of the Stone Age and garage rock into an irresistible concoction. 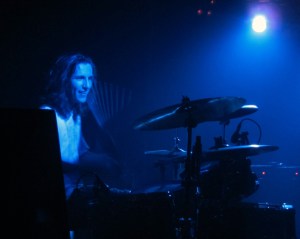 The last time I saw Drenge play a show was five months ago at tiny Soho basement club The St Moritz in front of about a hundred people. It was so hot, the air conditioning overloaded mid-set and broke down, leaking water over the drum kit. The band, comprising brothers Eoin and Rory Loveless, paused whilst one of the bar staff pushed their way through the packed crowd to stuff paper towels into the AC unit to prevent the stage looking like parts of Surrey and Somerset. Yet, what might have been a disaster (the best rock gigs seldom bring to mind the Home Counties) quickly developed into one of the best gigs of the year. The reason for this was the cacophony of noise made onstage, which apparently resulted in a complaint from the restaurant next door. Job done, I think.

So when the opportunity came up to see Drenge again – and this time in a larger venue not entirely falling apart at the seams – I leapt at the chance.

In the five months that have passed since that night at the St Moritz club, the boys from Drenge have grown up a bit. They have played shows in Europe, the USA and Australia, appeared on Later…with Jools Holland, received nominations for the NME Awards and are lined up for various festival appearances in 2014. 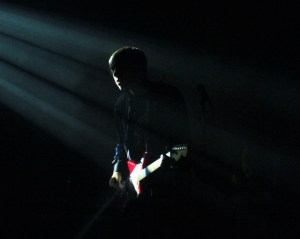 On Wednesday Drenge played a sold out Scala, a former cinema in Kings Cross, known for, amongst other things, the one and only UK Stooges show waaaay back in 1972, when even the brothers’ parents would still have been mere whippersnappers. The show was part of an NME Awards series – the awards themselves are next week.

Opening with “People in Love”, swiftly followed by “Backwaters”, Drenge whipped up the first of many crowd-surfers. It is clear that Drenge are a band best experienced live. What was exciting about the show was that the brothers aired a good half dozen new songs which sat snugly in between more familiar material from their self-titled debut album such as a frantic “Gun Crazy”, “Dog Meat”, “I Want To Break You In Half”, “Bloodsports” and “Face Like A Skull”. The new songs varied from a couple of straight-ahead riff bashers to one that vaguely resembled one of Nirvana’s quieter moments. 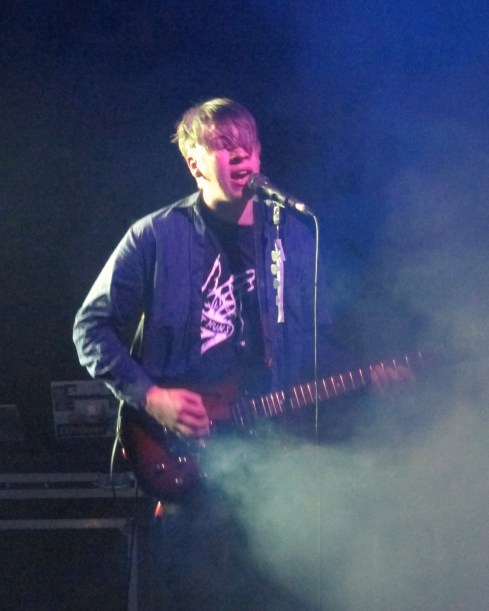 The hour long set was rounded off with debut album tracks “Let’s Pretend” and “F-About”, the former of which gives a showcase to the phenomenal drumming powers of younger brother Rory. He’s quite a player – intricate fills mixed up with muscular pounding – it’s mesmerising, superb stuff. The crowd lapped it up.

Drenge has made the leap from clubs to small venues effortlessly. They won’t be playing in venues even this small for long, and it will be fascinating seeing just how far they can go. Having just been awarded a grant from the government to promote their music overseas (yes it’s true) I wouldn’t bet against their being the UK’s brightest prospects. 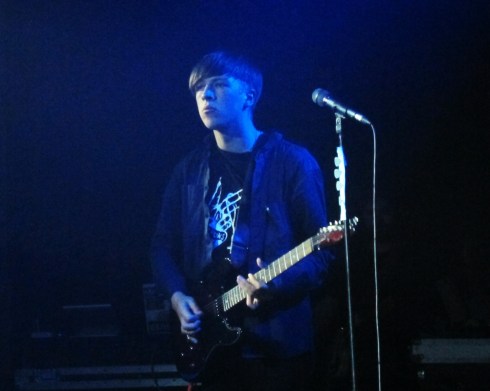 Most importantly, we even got to learn how to pronounce their name. A few months ago I asked a guy at Rough Trade for “the album by “Drenj” only to get a faux-baffled look. He then piped up “Oh, you mean “Dreng-ah” in what was, to be fair, a brilliant display of one-upmanship. Well, I have news for you, Record-Shop-Guy: As Eoin bade us farewell last night he told us “We are “Drenj!”. Straight from the horses mouth, for now at least…