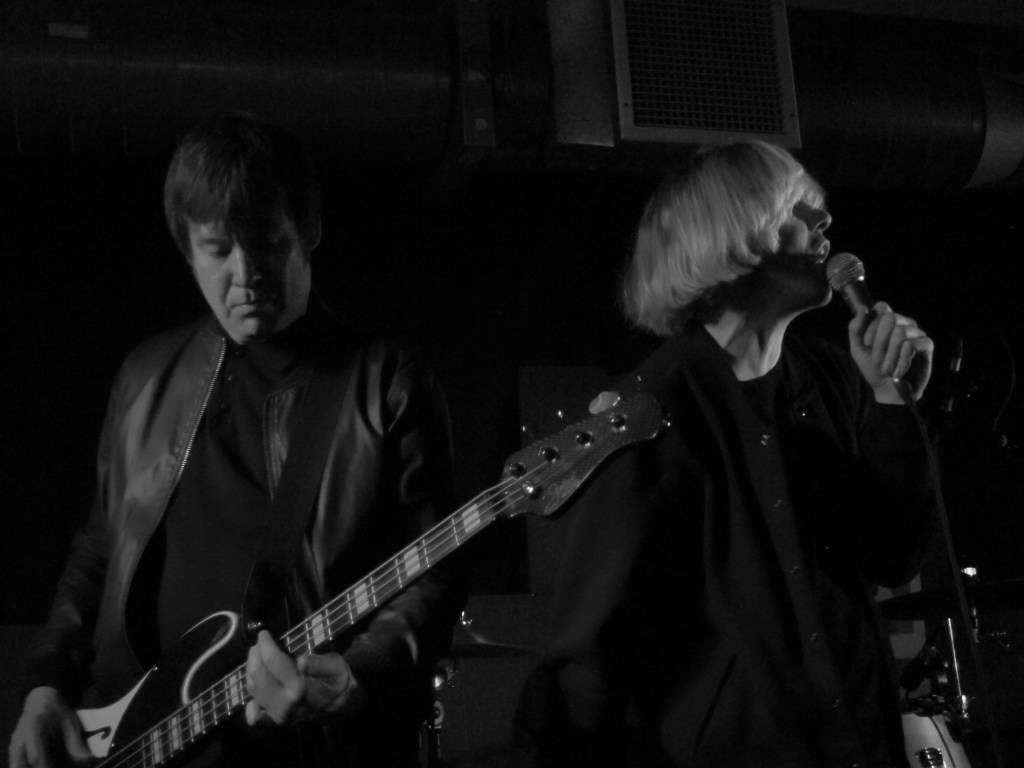 It’s a good thing that Tim Burgess is such a positive, likeable frontman. His band, The Charlatans has experienced great highs, including three number one hit albums, and – whether by design or chance – was an integral part of two important musical scenes in Madchester and Britpop.

Songs like 1995’s “Just When You’re Thinking It Over” with its Dylanesque vocal and Torn and Frayed Stones-ey vibe shine (or should that be “sheeeeyyyyiiiiine”) as brightly as any songs from the Britpop bands of the mid-to-late nineties, nestling happily in any “greatest songs” lists I might care to compile. 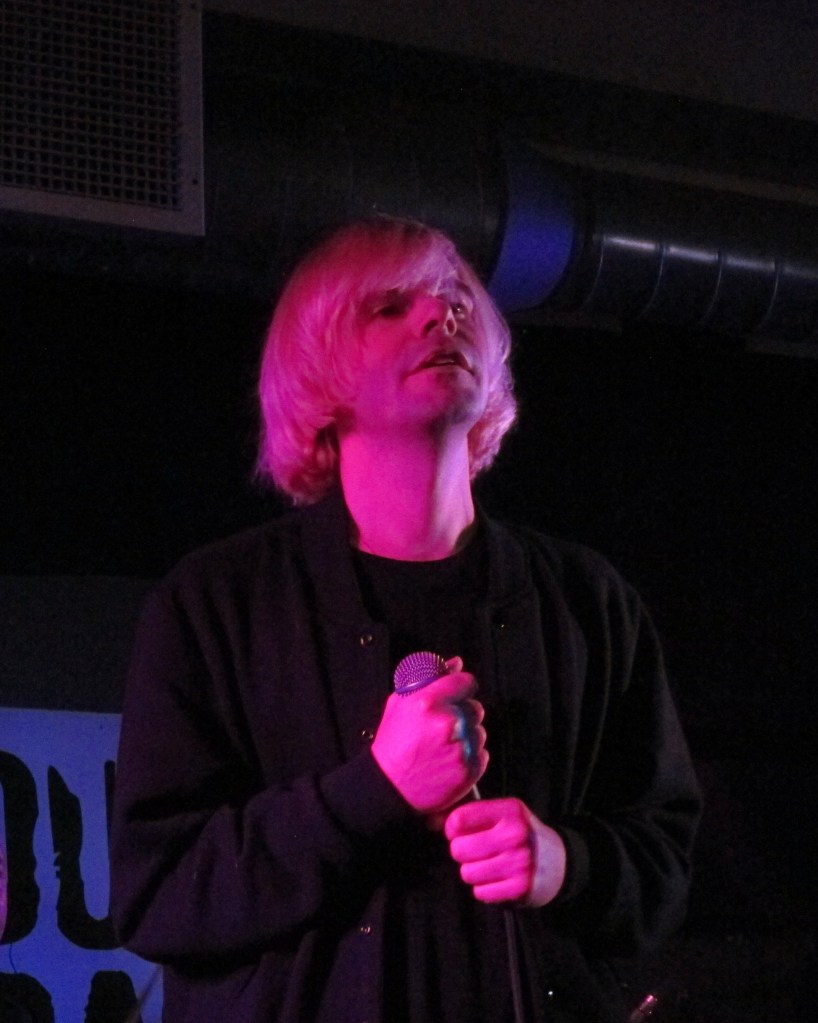 However, The Charlatans have also suffered great sadness, including losing Hammond organ phenomenon Rob Collins in a car crash in 1996, and more recently their drummer – or as Burgess describes him in his book Telling Stories, “Keith Moon-fanatic, phenomenal powerhouse drummer and West Midlands nutcase”, Jon Brookes, to brain cancer in August 2013 aged just 44. Brookes had battled with cancer since having a seizure on tour in 2010. 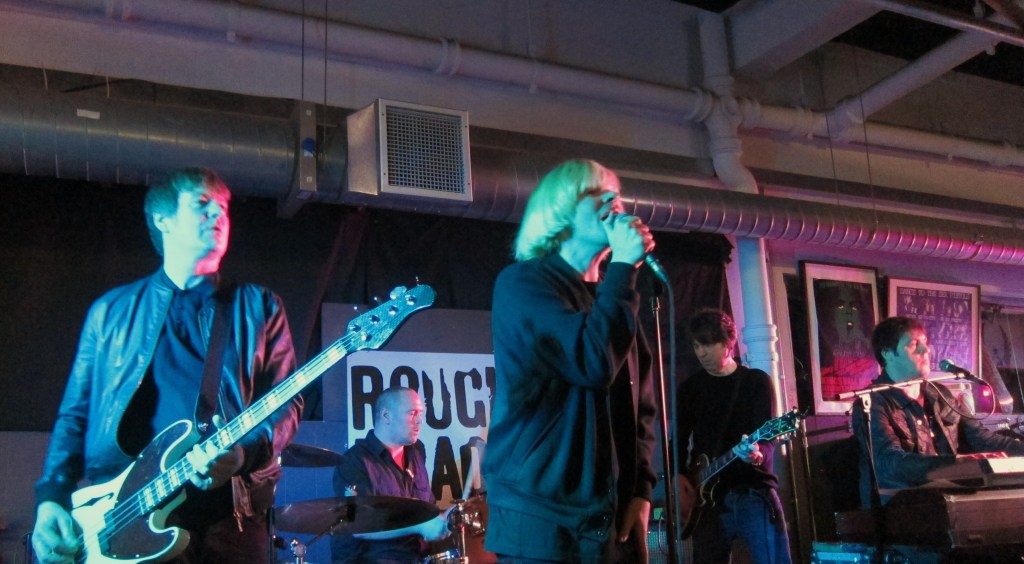 But Burgess is not one to feel sorry for himself, and appears to appreciate how fortunate he is to do what he does. After all, he began his working life in an office, yet was not overly discontent, as he later pointed out, “I was surprisingly happy working in an office, sticking down envelopes, photocopying, filing and losing stuff. I was like Jimmy from Quadrophenia , without the uppers and the angst.”

Burgess saw himself more a frontman than a singer. He described the first time he sang with the band, when the band’s bassist and founder Martin Blunt had some interesting feedback:

“We did a cover of ‘Lucifer Sam’ by Pink Floyd, and on the second run-through Martin said to me, ‘Try singing it this time, Tim.’ Blunt by name, blunt by nature….”

The Charlatans came to Rough Trade East today to launch their new album “Modern Nature”. Released this week, this is The Charlatans’ twelfth album, and comes a quarter of a century after their debut. The first thing to note is just how strong it is.

Whilst lesser bands struggle to write unforgettable hooks and deathless riffs on their difficult second albums, the fact that The Charlatans’ twelfth drips with fresh ideas and yet has been produced with apparent nonchalance is astonishing. Today’s live set begins with album opener “Talking in Tones”, a low key track on record, but with a little more punch live. Burgess is armed with lyrics scrawled on paper. “It’s still new” he admits. A second new song “Trouble Understanding” is aborted due to technical difficulties, but two more songs get their debut, “So Oh” and new single “Come Home Baby” – a gorgeous song, laden with a chorus so sweet that it would cheer up even Jack Dee on a particularly grumpy morning.

There is far more to enjoy on the album than there is time to play today. There’s a touch of an indie Kashmir in “I Need You to Know”, and throughout there’s a Californian vibe, with laid back tempos and lovely harmonies that wash over the listener throughout. It’s less obviously polished, but reminiscent of the velvety 2001 album Wonderland, an album that might have done better in the U.S. had it not had the misfortune to be released on 11th September of that year…

Replacing Brookes on drums is no mean feat, and it is a mark of the esteem in which he was held, perhaps, that it took three men to fill his boots on the album, in Pete Salisbury of the Verve (playing today), New Order’s Stephen Morris and Gabriel Gurnsey of Factory Floor.

Back to the set, instead of more new tracks, and after a brief discussion, we get three from the back catalogue. “Just When You’re Thinking It Over” blasts forth, and Rough Trade East gets some classic Charlatans, as “North Country Boy” and then “One To Another” round off a highly satisfying mini-set. Not a bad way to spend a lunch hour.

Then they are off: after signing a few albums, the band are whisked away to various radio stations to spread the word…with a smile on Burgess’ face. He has plenty to be pleased about. Not only is the album a belter, it’s also at #2 on the midweek charts…

Like Loading...
‹ Mix-tapes and Indie Points – A Users Guide
Which Is The Best White Stripes Live Album? And How Much Does It Cost? ›