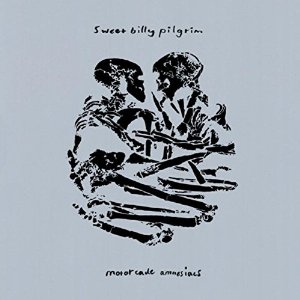 …and a couple of releases from 2014 that I missed first time around.

Do you remember how you felt when you had to take your school report home to your parents? Would they pick up on Mrs McHugh’s scathing sarcasm about your general inattentiveness, or Mr Hepworth’s comment around feeling there was “more to come” (ie you had done bugger all so far that year)?

Well, as the kids break up from school, and we are wheeled from sports days to assemblies to choir concerts to swimming galas, it is also time for 2015 to tentatively and perhaps sheepishly hand over its half year report card for the subject of Music.

In the modern way, however, rather than dwell on the failures, we will celebrate the successes. Here are five of the best, and one from last year that I overlooked and I’ll follow this up with another five next time. If you haven’t checked these albums out thus far this year, I sincerely recommend you take a little time out to do so now….

By the way, if you ever wonder why I don’t often write album reviews, you’re about to find out… 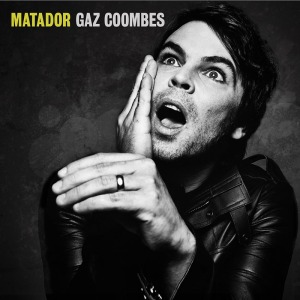 Twenty years after first appearing on our TVs riding a bicycle like a Britpop version of The Monkees singing a song about the importance of dental hygiene, the former Supergrass front man released his second solo album this year. And what an album!

The best description I can come up with is that it is like a Thom Yorke solo album, only with actual songs. Imagine that, if you can: Thom Yorke. Actual songs. It’s quite a heady brew. You don’t just listen to this album and admire the cleverness of it all – it’s actually emotionally engaging and there’s great melodies, lyrics and everything. You can even sing along. Extraordinary. And brilliant. And no mention of teeth brushing. 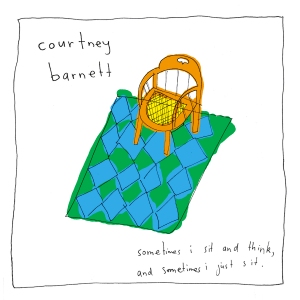 Courtney Barnett sometimes sounds like an Australian horse-racing commentator – particularly on first single “Pedestrian At Best”. But in a good way. (“and coming up on the inside fence is the favourite, Existential Time-Crisis” she almost nearly says). On Barnett’s last EP she sang of anaphylactic shocks in the garden, and the quirky subject matters and stream of consciousness style continues here.

Imagine a Virginia Woolf who listened to Nirvana, carries a guitar and isn’t unbelievably tedious*, and you’re part of the way there. Barnett is often very funny. There’s a lightness of touch that is very appealing, but she can be equally thought provoking, not to mention being an ace guitar player.

Lead vocalist and SBP band-leader Tim Elsenburg took the call to tell him about his 2010 Mercury Prize nomination whilst fixing a toilet, an album which, let’s not forget, he recorded in a shed. You’ve got the likes of Muse recording with Mutt Lange, and here’s a British band fixing toilets and recording in their back garden amongst the potting compost and trailing begonias.

Then followed an appearance in The IT Crowd (which, let’s face it, is better than winning a Mercury Prize) and a follow up album, 2012’s sublime Crown and Treaty that made best-of-year lists in the likes of Mojo Magazine. This year, Sweet Billy Pilgrim has left their magic shed, and turned to the crowd funding model to produce fourth LP Motorcade Amnesiacs.

This freedom has inspired some incredible music: a walking bass line to die for with beautiful melodies, a brass section, strings and possibly a well-tuned kitchen sink in “Slingshot Grin”, and the increased presence of the Americana-tinged vocals of Jana Carpenter on the gorgeous “Tyrekickers” and “Make It So”. It’s a transformation from a slightly less-than-cheerful electronica-tinged shed-bound outfit to one that has emerged from the shed, and whose eyes are adjusting to the light rather well. The very cheerful “Just Above Midtown” is great pop, but greater treasures lie in more traditional SBP fare including the acoustic “Chasing Horses” and the gentle-balladry-meets-Black-Sabbath of “Longstreth”. 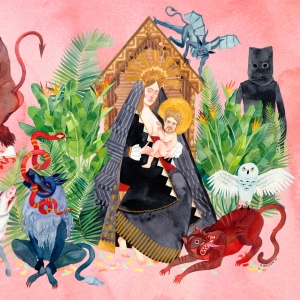 We know that foxes are cunning, but also a little shy. The common, urban fox shuns the spotlight. You are likely to see a fox skulking behind a bush, hedge or bin – passing on the opportunity to perform for an audience. Similarly, given the choice, the average Fleet Fox will rather hide behind a bushy beard or mandolin than ostentatiously throw shapes onstage.

Not so former Fleet Fox Josh Tillman, AKA Father John Misty. To paraphrase Jules in Pulp Fiction, he is one charming mf-ing fox.

Having sat behind the Fleet Foxes drum kit for several years, Tillman The Charismatic is unleashed. His live performances are an extraordinary mix of humour, posing, Jarvis-Cocker-meets-Dave-Gahan-dancing, and the album is one brilliant song after another. 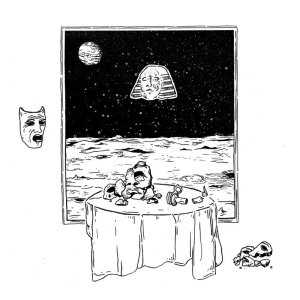 Imagine a band with Marc Bolan flouncing around on vocals, Tony Iommi churning and grinding out riffs on guitar, Brian Eno fannying about on synth and a rock solid rhythm section. Got it? That’s what Wand’s Golem album sounds like.

It’s a terrific record, beginning with a couple of tracks that weigh heavier than Bill Crosby’s conscience, before moving on to more contemplative pastures, then back to sludgy stoner rock. They are on Ty Segal’s label apparently, and that’s a pretty good reference point. Top stuff. 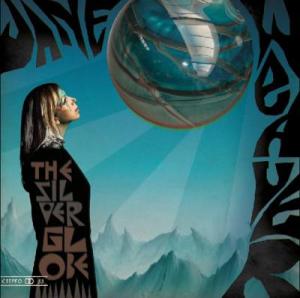 …and one from last year: Jane Weaver – The Silver Globe

You know what it is like – you read these lists, listen to a couple of tracks from an album and if it doesn’t grab you, you move on to the next thing. I did this with Weaver’s album. Completely overlooked it, despite a recommendation from one of my friends.

This was an error.

The insistent, Massive Attack stylings of current single “Mission Desire” got played on the radio recently, and now I’m like Kylie Minogue because I can’t get the tune out of my head. I’m not like Kylie in any other way, mind you. I have a much nicer arse.

Leaving such nonsense behind, Weaver’s album is pretty special and if I sum it up as folky, nay, ethereal vocals over Hawkwind-esque space rock, that’ll do it justice in the way describing Sir Christopher Wren as a half-decent architect might do justice to the designer of St Paul’s Cathedral.

* Yes, that means you “To The Lighthouse”…

Five more picks next time. Hope you take time out to listen to these if you haven’t already