Hard Rock’s “Yesterday”: The Story of Goldilox by Kings X 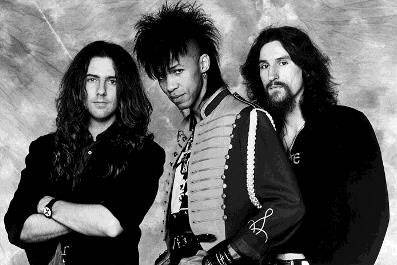 “Goldilox is the song that people just missed out on… one of the greatest songs that I had ever heard” Charlie Benante of Anthrax.

Resilience has become a fashionable buzz word. Some corporates now provide “resilience training” to help staff deal with what life throws at them. Well, it’s cheaper than just hiring the right number of people to do the work, right?

For the band Kings X, resilience has been the story of their lives, and its a story that has, for the first time, been told in a new book written by Greg Prato: Kings X: The Oral History.

What is unique about the book, and the story of the band, is that we see a band constantly struggling, snatching small victories, but never achieving the commercial success they and the people around them think they deserve. This is a band that has inspired Pearl Jam, Alice In Chains and Soundgarden. Billy Corgan of The Smashing Punpkins says of Kings X they were “Really ahead of their time”.

The book also shows a band slowly but inexorably losing its enthusiasm for recording after many years of disappointment, yet finally coming to terms with the fact they will never be as commercially successful as they perhaps deserved, and accepting that situation.

None of the band members had an easy life.

Jerry Gaskill, the drummer, has had two heart attacks, for a start.

When Doug Pinnick was three he lived with his grandmother in Illinois, who told him, wrongly, his mother didn’t care about him. In fact, his grandmother kicked out his mother, and wouldn’t let her look after him. This wounded him – Doug’s was a tough upbringing. The hardship doesn’t stop here…

Although he doesn’t own a bass guitar until he is 23 years old, Doug is a fast learner. He meets with two other guys, Ty Tabor – a guitarist, and Jerry Gaskell, a drummer, and it’s like a fairy tale. They are in different bands but when, in 1980, they play together they realise this is the band they want to be in.

Importantly, on the side, Ty writes songs in an uncommon “drop-D” tuning. They work hard, digging ditches, living on food stamps and earning $25 a show playing covers, then later playing their own material. They are good musicians, and win work as a touring band for a singer, Morgan Cryar. Although they don’t care for the music, the deal pays off their debts, gives them a salary, and crucially lets them record a demo. It’s 1985, and this is their best opportunity so far. Jerry shares his stash of drop-D tuned songs, and suddenly they have direction and something unique.

Through these unusual circumstances they meet their future manager, Sam Taylor who makes videos for ZZ Top. After five years of graft, things are looking promising.

Then, on the verge of a breakthrough, Jerry is diagnosed with Hodgkin’s disease – a form of cancer.

The operation, thankfully, is a success…

Taylor becomes their manager and gets them a warm up gig for an Ace Frehley album release party in front of some record company bigwigs. The head of A&R from Atlantic records, booking agents, some other major labels and even Joey Ramone.

The microphone electrocutes Doug, who gets angry. When the monitors fail the other two get angry, and their show reflects that. The energy levels rise.

After the set they storm offstage having blown their best chance in five years.

But the anger impresses the onlooking execs, who make offers to sign them. The world’s biggest booking agent, the #1 radio promo guy and Jonny Zazula of Megaforce records, fresh from signing Metallica and Anthrax all want in.

Which just goes to show even when things go wrong, there’s no harm in keeping going. Because you never know what will happen next.

There’s a Brexit metaphor in there somewhere, I’m sure. 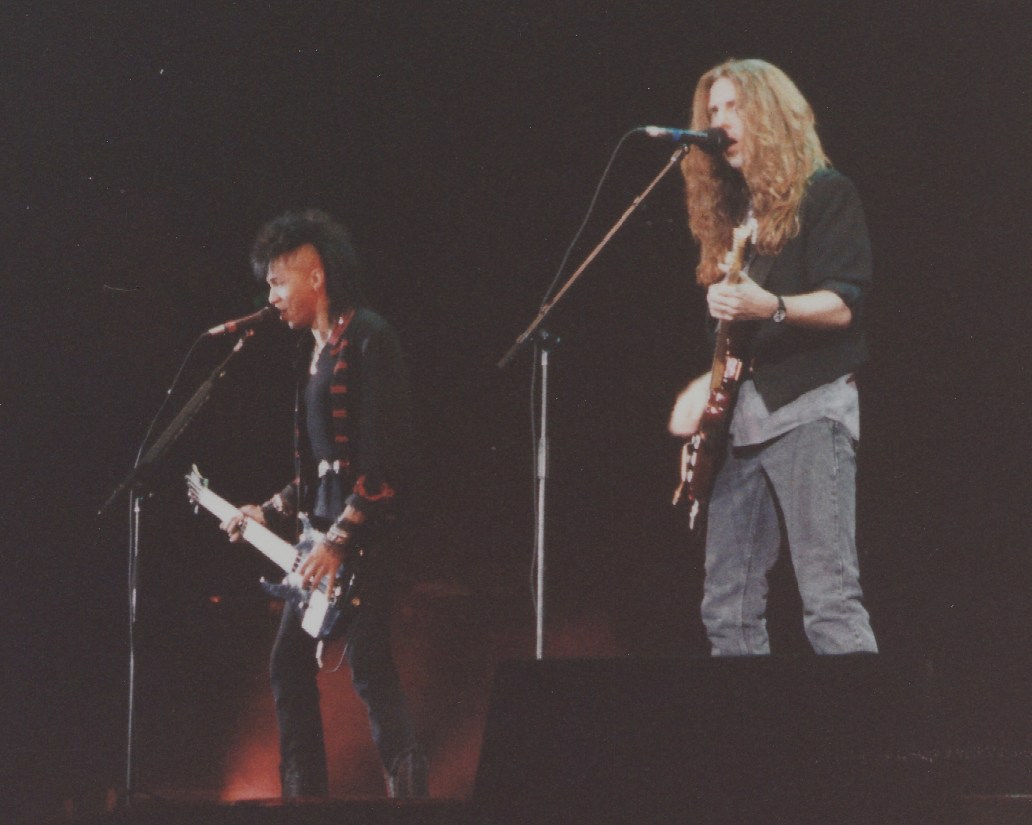 The first album, Out of the Silent Planet was released in 1988 peaking at #144 on the Billboard charts, despite huge critical acclaim and a front cover in Kerrang! magazine, hailing the band as ushering in a new age of heavy sounds. All around them was a sea of melodic hard rock and pretty boys on MTV, whereas Kings X was a power trio with a lead singer dressed like Jimi Hendrix with some strange drop-D tunes songs that spoke of real life, rather than of Cherry Pies.

And one song on the album, “Goldilox”, stood out in particular. With its timeless arpeggio introduction, it was a hit single in the waiting.

As Billy Sheehan, formerly of the Dave Lee Roth band and Mr Big put it “As soon as you play “Yesterday” in any instrument in any format people will recognise it. To me, Goldilox is a song like that.”

Step up Sam Taylor, Kings X’s manager, who decides not to release the song as a single.

“Sam Taylor…thought that “Goldilox” would be such a big hit that we wouldn’t be able to control it…which was a big mistake. I think it was probably one of his biggest mistakes that he ever made.” said Doug Pinnick.

Kings X has still never had a gold record. They don’t live off royalties. They have day jobs. This is real life for most musicians, even those that had a brush with success. 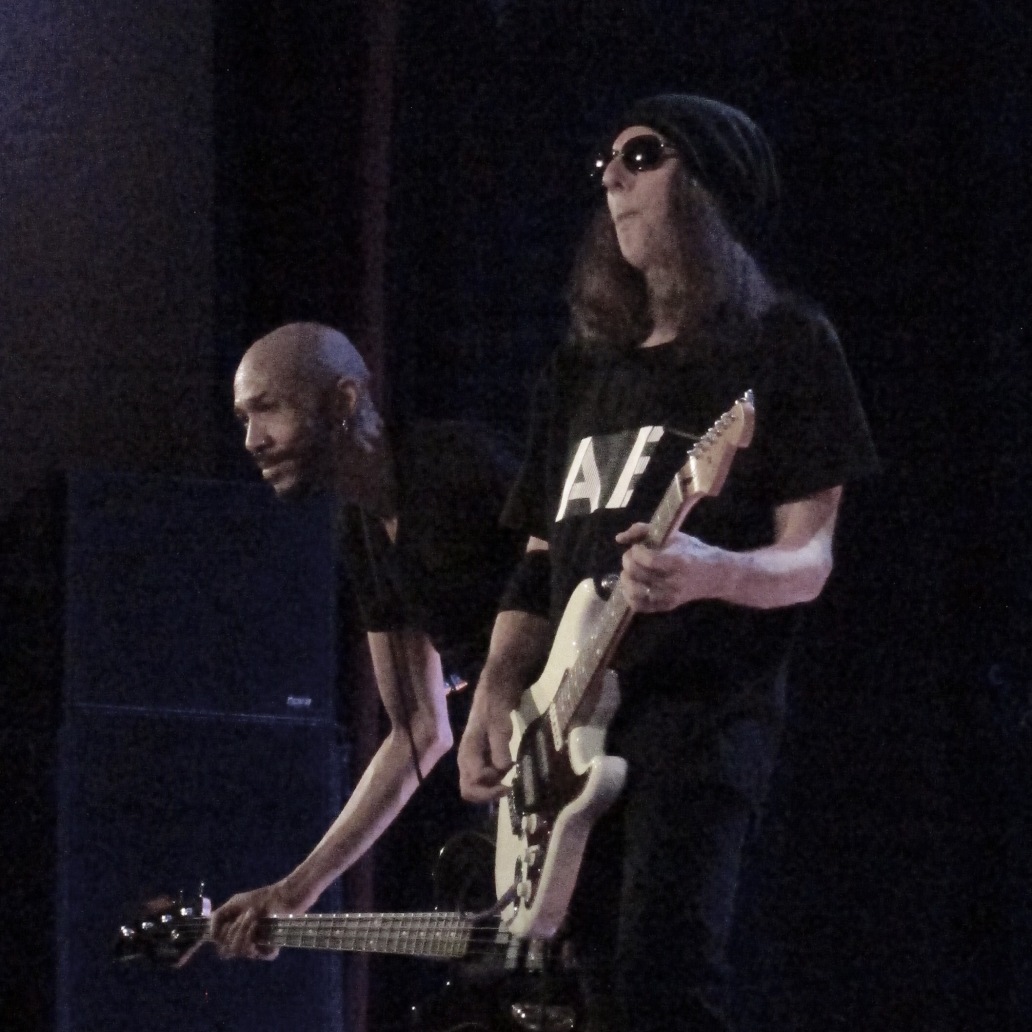 The book is one that every fan can only have dreamed about, chronicling the story of Kings X comprehensively for the very first time, right up to the present day. For fans, it’s a no brainer of a purchase. Think of this piece as a mere teaser – there’s loads more.

For those of you who may not be familiar with the band, here’s that song: Goldilox.

It’s a firm fan favourite, so YouTube is full of live performances, where the crowd sing the whole thing. To hear the original, and transport yourself back to 1988, play the song below. Think about the music scene in 1988, full of Kylie, Bros, Bon Jovi, Tiffany, George Michael’s Faith, Rattle and Hum, Appetite for Destruction and the Dirty Dancing soundtrack.

Should this band have been bigger than U2, as Billy Sheehan believes? Should the song have been released as a single?

Or were they really just too far ahead of their time….?

Like Loading...
‹ Ian Broudie Addresses Fifteen Years of Hurt with Solo Album Re-release
Fantastic Beats And Where To Find Them: A Guide To London’s Independent Record Shops ›