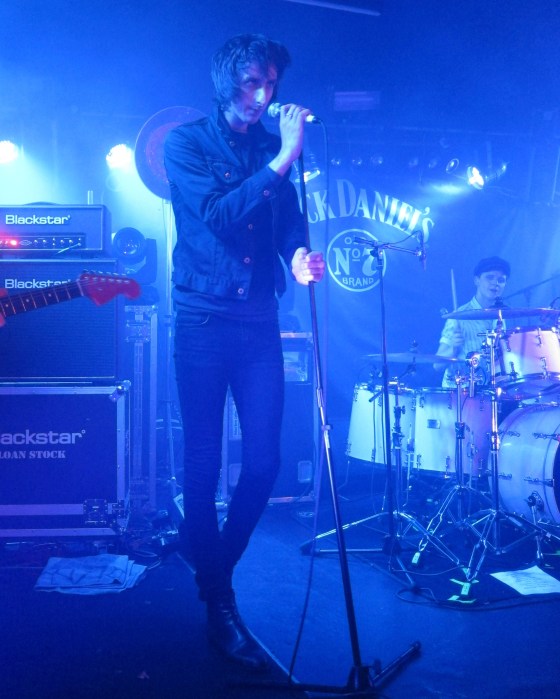 Seeing The Horrors play live at their home town of Southend was a special moment.

Chris Martin’s campaign against tinnitus had a setback last night as Southend on Sea got to welcome home The Horrors at a special gig at tiny local venue / sweat pit Chinnerys prior to the band’s UK tour later this month; a tour which culminates with a headline show at London’s Brixton Academy. My ears are still ringing from an absolutely barnstorming performance played as part of Jack Daniel’s JD Roots Homecoming shows.

Every now and then, I am fortunate enough to witness the kind of show that reminds me why I love rock n roll. Last night, seeing The Horrors lay waste to this intimate club in the band’s hometown of Southend on Sea was one of those nights. From Guitar professor Joshua Hayward weaving sonic tapestries through the air, to the Bez-like dancing of paisley-clad bassist Rhys Webb, and the apocalyptic posing of charismatic frontman Faris Badwan, the band simply rocked, rocked and then rocked some more.

From their initial appearances at their own Junkclub in Southend on Sea, The Horrors’ blend of indie rhythms, expansive synth hooks and effects-laden atmospheric guitar has won the hearts and minds of fans and critics alike.  They most recently deservedly won ‘Best Album’ at the NME Awards for ‘Skying’, their third studio album.

The Junkclub was the centre of a nascent Southend music scene between 2002 and 2006. By the end of that period The Horrors had appeared on the cover of the NME and were signed to a major label. However, the club finally shut its doors, according to the promoter Oliver Abbott (who co-founder the club with Horrors member Rhys Webb), to preserve its underground status.

In their early days, The Horrors seemed an odd bunch to me. Put off by band members sporting comedy names such as Coffin Joe, Faris Rotter and Joshua Von Grimm, I overlooked the debut album. As far as I could tell, the chances of their being The Next Big Thing was as likely as Joy Division reforming and recording a Samba album entitled Beach Party 2: Fiesta in Brazil…

Just to show what I know, they were picked up by XL Records, (home to The White Stripes, Adele etc) who could teach King Midas a thing or two about turning things into gold. The following two albums saw the band expand their sound and contain some of the best songs by any British band of the last few years. 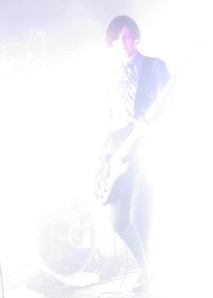 Highlights included storming versions of Endless Blue and Moving Further Away that improved even on the studio recordings as the band rampaged through an hour and a quarter set.

Frontman Faris Badwan was a striking figure and his presence grew as the show went on: hanging off the mike like a young Robert Smith at first before cutting loose and leaping towards the packed front rows.

He spoke about Southend’s landmarks as part of the build up to the show which you can see on Jack Daniel’s JD Roots website. The band have helpfully produced a map of the area and printed it on the back of a T- Shirt. (I think I can see a design fault there, guys).

Faris said: ‘We plotted our first band practice whilst sharing drinks in the window of Southend On Sea’s Royal Hotel, a grand old building overlooking Southend Pier and home to the infamous Junk Club. A couple of months later we played one of our earliest shows in the hotel’s dark basement to a heaving crowd of sweaty freaked out individuals. Now we return to Chinnerys just a stone’s throw away; to get right back where we started from and celebrate a fantastic few years of causing trouble’.

Southend and the nearby Essex towns of Basildon and Canvey have produced their fair share of musical innovators: Dr Feelgood, Depeche Mode, Alison Moyet and Vince Clarke amongst others. Based on last night’s performance, The Horrors should have no fears about placing themselves in that distinguished company. 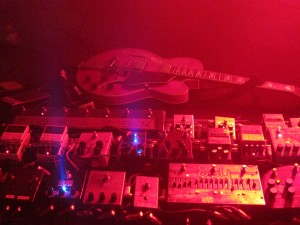 Record #43: The Horrors – Moving Further Away

Like Loading...
‹ Things You Don’t See Anymore #2: The Bootleg Tape Market Trader
More Pictures of The Horrors and The Black Belles ›