﻿Ray Davies is Something Else – Live at Southend on Sea 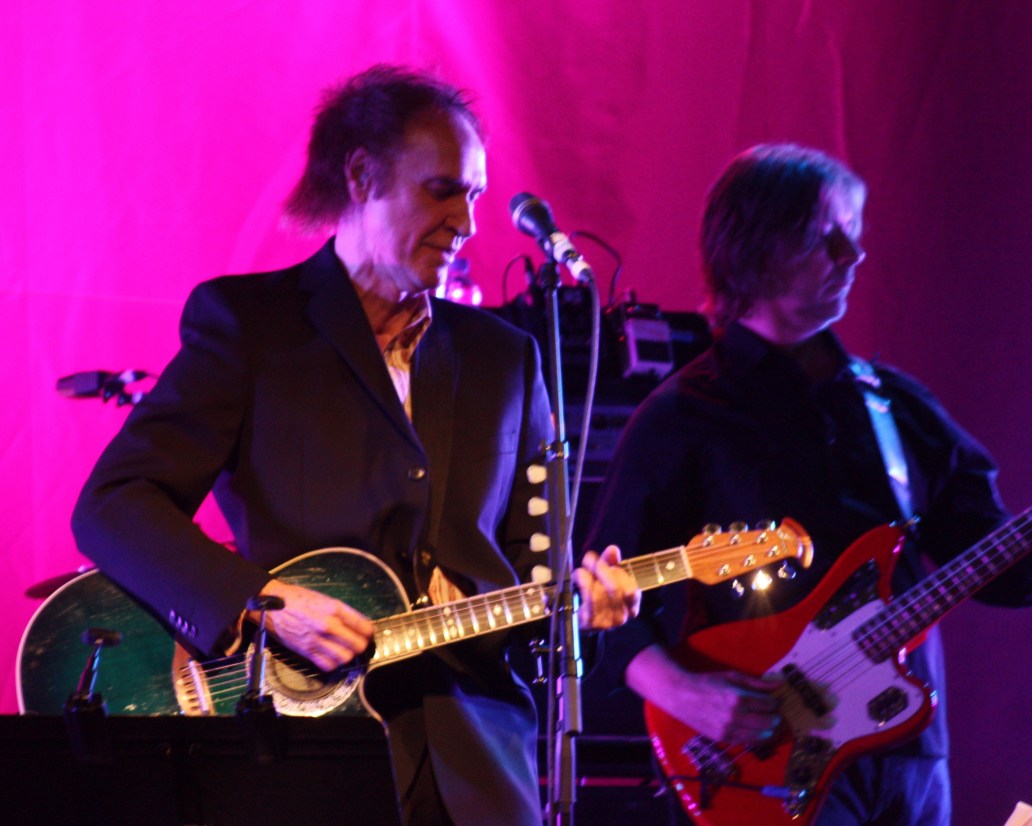 Ray Davies live in concert at Southend on Sea

We still walk alongside legends. Sometimes it seems we just don’t appreciate it.

Alongside contemporaries Paul McCartney, Mick Jagger and Pete Townsend, there stands one of the greatest songwriters in rock history who is still impressing audiences wherever he plays.

Whilst some might expect Ray Davies to walk arm in arm with Terry and Julie into the (Waterloo) Sunset of his career, it is good to see him getting some deserved positive coverage in the media following his appearance at the Olympic Closing Ceremony, and there was certainly a packed and buzzing crowd at Southend’s Cliffs Pavillion to see Davies perform – the night after he headlined London’s Royal Albert Hall, during which he played Waterloo Sunset with Paul Weller.

Southend on Sea (just down the road from me) was a popular seaside town for day tripping Londoners when Ray Davies was growing up in Muswell Hill – and is thus immortalised in The Village Green Preservation Society’s classic song Picture Book:

So was it perhaps a welcome return for Ray Davies as he revisited a holiday destination from his childhood?

“Southend was always too posh for us – we always went to Canvey Island – on the camp site” he claimed after opening with Kinks b-side This Is Where I Belong and followed that up with Autumn Almanac (“that song got into the top five – and it was about gardening…”). With Dedicated Follower of Fashion next it was clear he was in a cheerful mood – and was going to play the hits.

But in case anyone had the idea this was some sort of nostalgia fest, he then whipped out See My Friends, but gave it a flavour of Bert Jansch and Davy Graham and turned a classic single into something utterly beautiful. “This is about my sister who died when I was 13” Davies explained, making lines such as “She has gone across the river / wish I had gone with her” rather more poignant.

It was one of several moments during the show that raised the performance at this modest sized venue into Something Else.

After Dead End Street and Sunny Afternoon came Victoria and 20th Century Man – the latter a song written in 1971 for the Muswell Hillbillies album but which could have been written yesterday: I was born in a welfare state \ Ruled by bureaucracy \ Controlled by civil servants \ And people dressed in grey \ Got no privacy, got no liberty \ Cos the twentieth century people \ Took it all away from me.

Introducing Waterloo Sunset Davies said that since he had performed the song at the Olympics people were pointing at him like he’d won X-Factor (“Actually I got kicked out in the auditions” he joked). “I performed it appallingly last night with Paul Weller! It was my fault not his…” He then went on to play a stripped down version that was faultless and knocked the crowd sideways.

Seeing Ray Davies live just reminds you how many great songs he has written. I think any other artist would finish with Waterloo Sunset. Ray Davies just played on with All Day and All of The Night, Lola, and an a capella Thank You For The Days. Great songs. Great night.

Like Loading...
‹ A Look Back At Look-in: The 1982 Pop Scene
The Vaccines, Mystery Jets, and Tribes at Mr. Jack’s Birthday ›