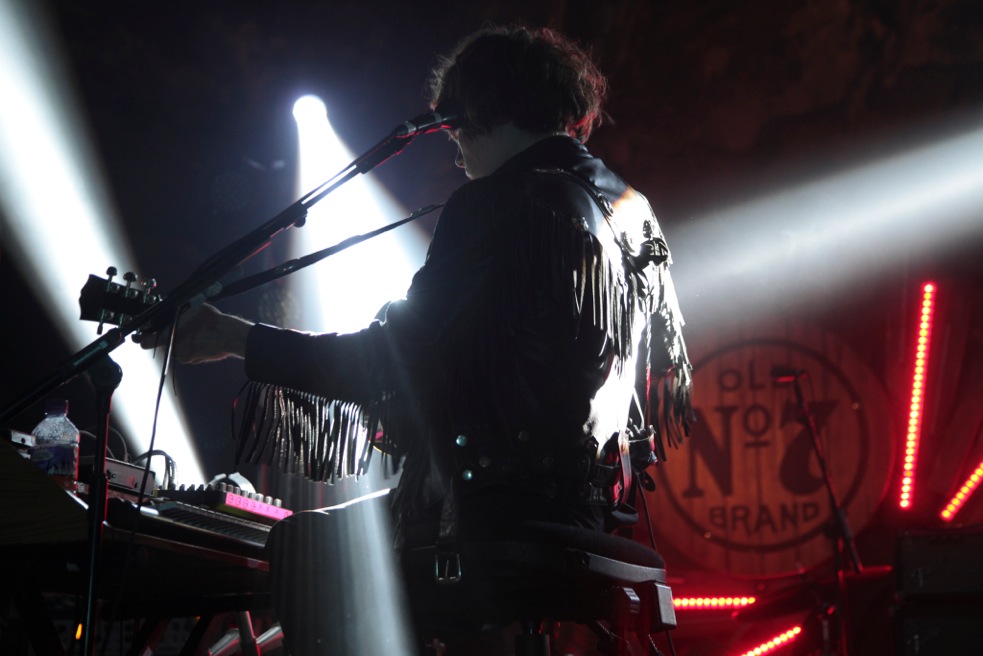 The Mystery Jets supported The Vaccines at the Jack Daniels Mr Jack birthday shows at The Devil’s Arse in the Peak District last night and nearly stole the show.

The Mystery Jets are a band I haven’t seen since 2006, when they were a fresh faced bunch from Eel Pie Island mainly notable for their slightly prog-y tunes and for the fact that one of their dads was in the band. He’s a cool dad though, and even seemed to know when to withdraw into the shadows (like Ian Stewart did with The Rolling Stones) when things took off. 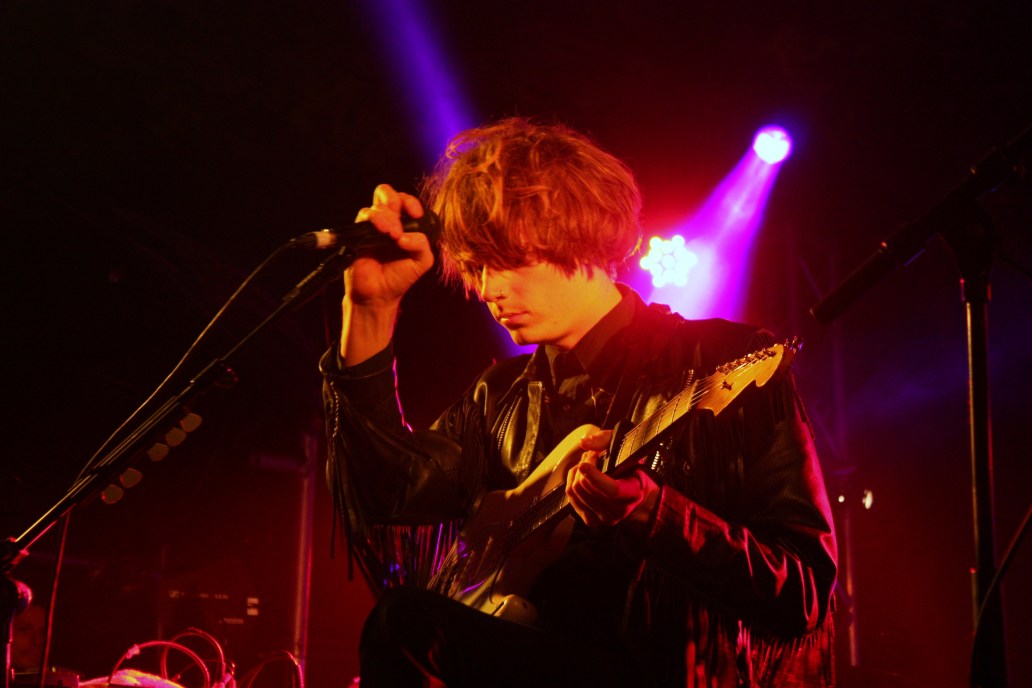 The Mystery Jets opened the bill of Hyde Park’s Wireless Festival that day in 2006 supporting Goldfrapp and Depeche Mode and were pretty much unknown at that time. They next crossed my radar when they enjoyed a bit of chart success a year or so later with spiky eighties tinged indie-single Two Doors Down which reached the Top Thirty. 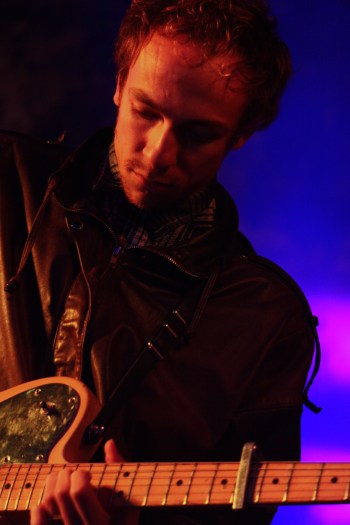 Will Rees of Mystery Jets

New album Radlands (a cross between Keith Richards‘ house Redlands and the film Badlands) has shrugged off some of those old eighties keyboard flourishes and is all the better for it – their best in my opinion. It’s a mature, yet fun record and lead single Greatest Hits is a corker, telling a tale of a couple apparently breaking up whilst looking back at their record collection. with witty lyrical asides (Sample lyric: You can hold on to The Boy With The Arab Strap / ‘Cos I’m holding on to Village Green)  and musical references (the whole tune is an homage to Steelers Wheel‘s Stuck In The Middle With You and there are pieces of Waterloo Sunset, Jet and Love Is The Drug in there). 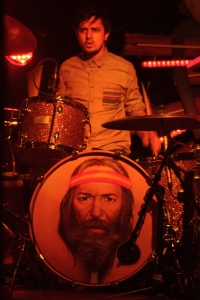 Opening last nights show with Someone Purer from the new album Radlands, The Mystery Jets impressed me greatly – they sound rockier live than they do on record. Despite lead singer Blaine Harrison hobbling on-stage on crutches and remaining seated for the performance (echoes of Richard Hawley earlier this year) they threatened to steal the show from the headliners. The set continued with the title track from third album Seratonin followed by the aforementioned Greatest Hits, The Hale Bop and Radlands all from the new record. Dropping in Two Doors Down got the crowd dancing, before epic closing song Lost In Austin threatened to bring the cave crashing down. It wouldn’t have been the worst way to go.