Palma Violets live at The Leadmill, Sheffield last night
Picture by Every Record Tells A Story

“The best new band in Britain” screams the NME’s front cover this week which features a chaotic interview with Palma Violets – a South London four piece who played a secret show at Sheffield’s Leadmill last night as part of Mr Jack’s birthday celebrations. The article is great fun, as the band explain:

The cover of the NME can be a tough place for an unknown band. For every Suede there is a Terris (no, me neither) – where the cover story marks the beginning and end of the band’s fifteen minutes of fame.

Last night’s Jack Daniels show at the Leadmill in Sheffield gave a hint as to why this band might avoid that terrible fate.

Firstly, they have a great drummer in Will Doyle. I am a sucker for a decent drummer and Doyle is excellent, flailing away at his kit like Animal from The Muppets, but with slightly more control.

Second, their live shows have terrific energy. Bass player and vocalist Chilli Jesson clearly loves being on stage and getting a reaction from the crowd – and knows how to get one. Guitarist and vocalist Sam Fryer bounces off Chilli, often literally, whilst Pete Mayhew (keys) sits to the side and, one senses, holds it all together. 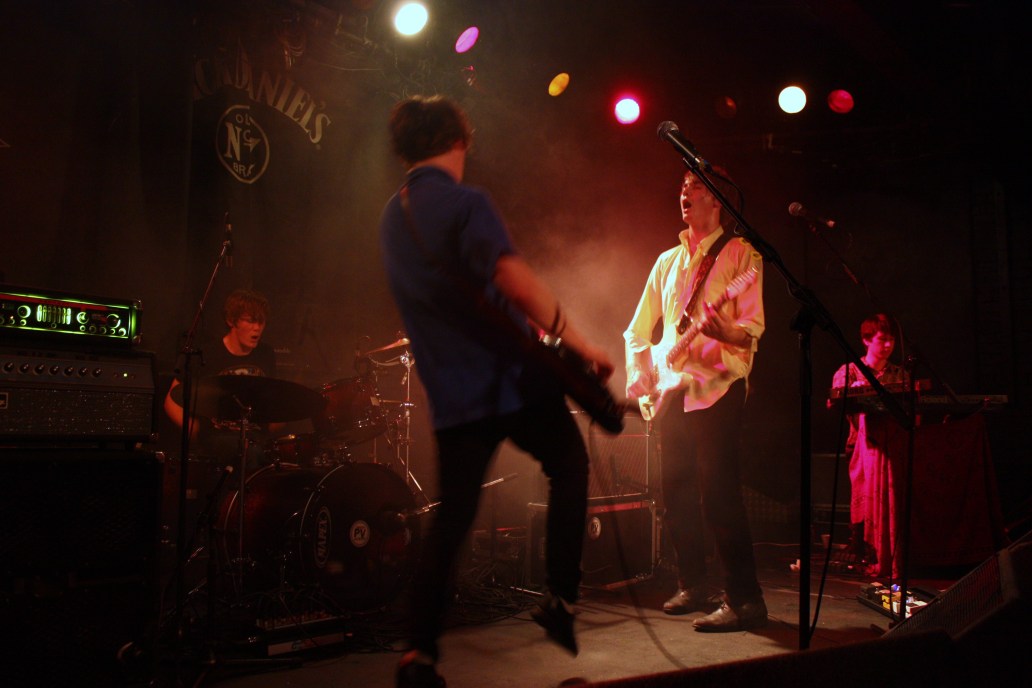 The band have an infectious, ramshackle energy and their half hour set whizzed by. If Rough Trade can capture even half of that energy on record we might just have a great new band on our hands: the show last night was far better than the band’s studio output thus far. Let’s wish them luck…

Palma Violets are currently on tour across the UK

Like Loading...
‹ Mystery Jets Live at Mr Jack’s Birthday Show
How I Learned To Love Radiohead – Live At The O2 Arena ›