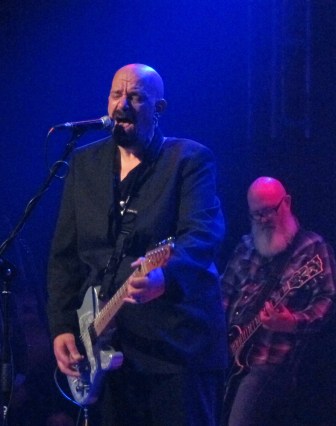 Chris Goss of Masters of Reality (front) with Dave Catching (back)

Masters of Reality played the O2 Islington Academy last night and gave the performance I had been waiting twenty five years to see, with a powerful, career spanning set.

I have seen Masters of Reality twice before. The first time was in 2001. Josh Homme and Nick Oliveri were in the band, but the only UK show was a 45 minutes long in support of Mark Laneghan. Great band, but sadly over all too soon, and in front of Laneghan’s fans. I jumped about anyway, but felt somewhat in the minority. The second time was a few years ago at The Garage. A headline set this time, as much the same line up as last night got to grips with a new album. What was different about last night’s set was that the band flexed their muscles and played songs from almost every record in the back catalogue, whilst lead singer and guitarist Chris Goss prowled the stage like Marlon Brando, as an appreciative crowd lapped up every note. 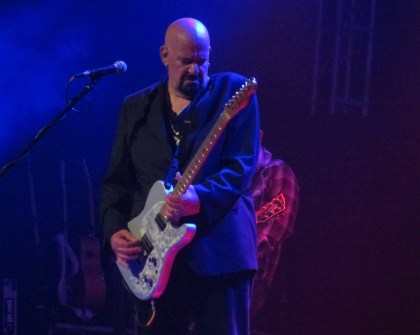 For the uninitiated, here’s the low down on rock’s best unknown band:

OK – you’re up to speed. Which brings us nicely back to last night’s show. 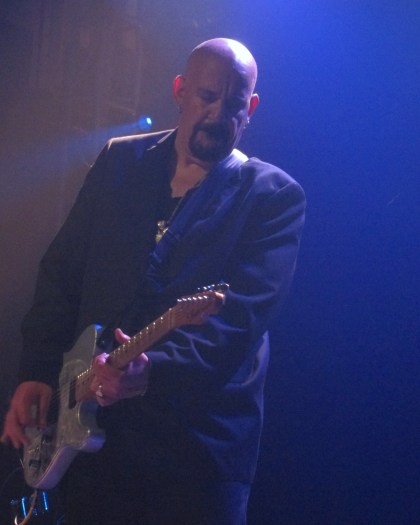 Of the band’s albums, only Western Lodge was not represented, whilst we were also treated to a new song, opener “Back To You”. “She Got Me” followed from the Sunrise in the Sufferbus album and two songs from Pine Cross Dover, “Always” and “Absinthe”. A full set list is below, but highlight’s included “Doraldina’s Prophesies” which Goss explained originated from a fortune-telling machine he saw outside New York, and a crunching “Third Man on the Moon”, from the Deep In The Hole album to complete the first part of the set. 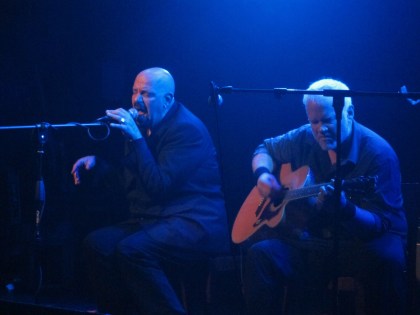 Then a real treat: Goss took a seat alongside drummer, Blue Garden cover artist and, as it turns out, multi-instrumentalist John Leamy who accompanied Goss on guitar for a great version of “Lookin’ To Get Right” from Blue Garden, and on keyboards for “Hey Diana”. Goss then played a lovely “Jody Sings” before cranking up the pace on slide guitar complete with the rest of the band with a brilliant extended “John Brown”. 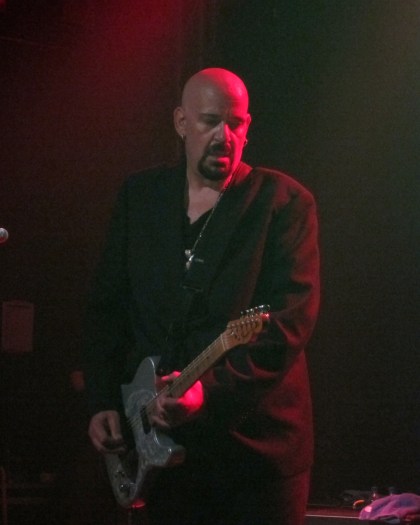 “Tilt a whirl” segued into “Swingeroo Joe”, and then the piece de resistance, an absolutely killer version of “Blue Garden”. Incredible stuff. This left time for a just a single encore of “VHV”. 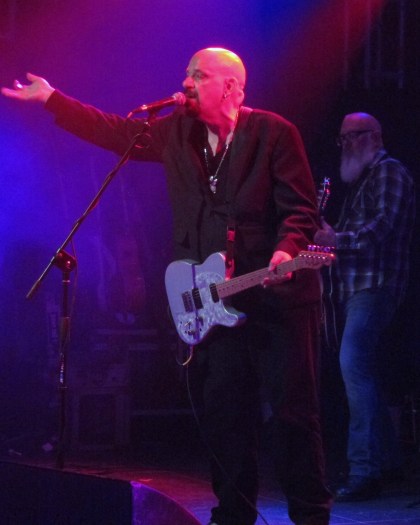 After the show, the band came out to sign autographs and pose for photos with the crowd. A classy thing to do. Well done guys. 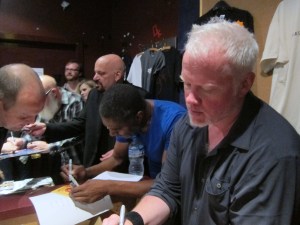 Masters of Reality are now playing with a confidence that confirms their status as Godfathers of the desert rock scene. If you get the chance to see them live, it is surely an offer you can’t refuse… 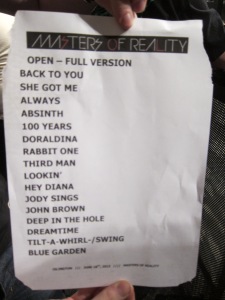 Record #204: Masters of Reality – Third Man on the Moon

Like Loading...
‹ Punk Floyd: Lydon “Likes Pink Floyd” – And When Floyd Worked With The Damned
Elvis Costello and The Imposters – Live at Southend ›