For troubled souls, into which category I occasionally find myself, where better than the sanctuary of a church? In this case, the hallowed ground of brilliant London venue The Union Chapel (they have an ice cream lady in the interval – what’s not to like?) where Aimee Mann performed her “doom folk and recession rock” as support artist and collaborator Ted Leo put it last night. Certainly, Aimee lived up to her reputation at first, greeting us with the less than upbeat message of “You’re Going Through The Motions Baby”, but actually this was a fun show and Aimee, flanked on either side by a pianist and a bass guitarist (and no drummer) is far more cheerful than her songs might lead us to believe. It was also the last night of Aimee’s tour to promote her “Charmer” album.

In case Aimee Mann has passed you by, here’s a brief summary:

In his book 31 songs Nick Hornby described Aimee Mann’s music as having sublime pop sensibilities but with surprisingly world-weary lyrics, given the perfection of the music. It’s a spot on description – if Aimee Mann had written Penny Lane, the fire engine wouldn’t have been a clean machine, and you can bet anything it would have had a puncture and turned up late…

This didn’t prevent Aimee from being asked to write a song for the soundtrack to Shrek 3, as she explained, “They asked me to write a happy, “You Can Do It” song, which is not exactly what I’m known for! A committee of people would say “Why don’t you try to do this…”

In the end, it didn’t quite work out: “They used a Smash Mouth song or something” added Aimee. “But I ended up stripping down the song” and it became “Borrowing Time” (from “Smilers”). 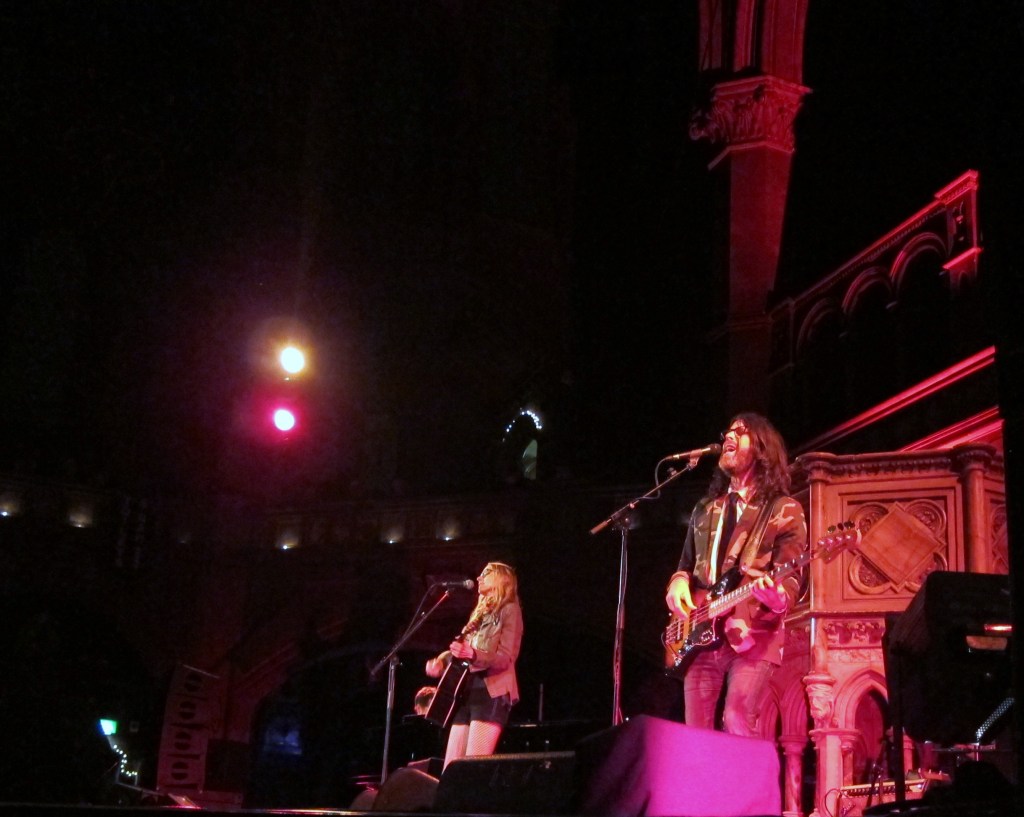 Ted Leo joined Aimee onstage to preview their forthcoming collaboration. Ted is a good singer and songwriter even if (as far as I am concerned) he is most famous for being onstage with Aimee Mann tonight, and the two singers cracked gags with each other, involving chip butties, bronze statues of The Fonz and, in the introduction to a sublime “Save Me” the image of Hilary Clinton swaying sensually as the two performed the song at a recent award ceremony. They chose that song because after all, “I don’t know what’s on Hilary Clinton’s iPod” explained Mann. 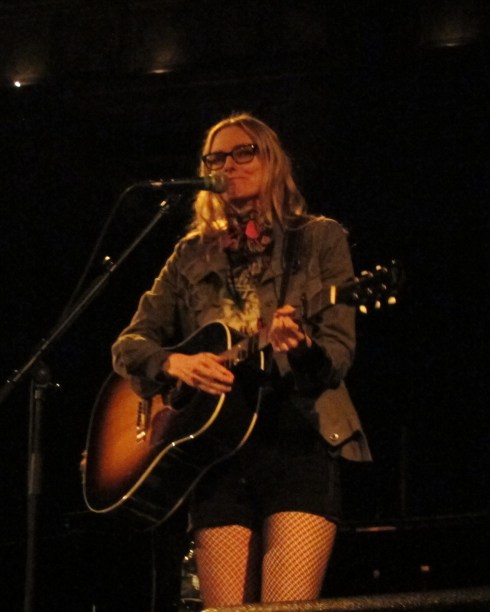 The show soon became a procession of great songs. After “Wise Up”, which unexpectedly failed to induce a shower of frogs, “4th of July”, “Lost In Space” and “One”, Aimee nonchalantly introduced “The Fall of the World’s Great Optimist” as “a song I wrote with Elvis Costello”, as if that were the most normal thing in the world.

Encores including “Red Vines”, “The Moth” and to finish, the most spectacular Grand-Piano-bashing “Deathly” left me marvelling at just how many great tunes Aimee Mann has written. Hearing them live gave me a greater appreciation of some old favourites.

I haven’t enjoyed myself quite as much whilst sitting in a church for some time. Indeed, nipping in to such houses of worship can sometimes invoke Pavlov’s bell-style feelings: childhood memories of hard pews, interminable hymns and pocket-money sucking collection plates. What’s different about this occasion is that this time we had all the good tunes…

Like Loading...
‹ Heavy Rock On Trial: Why Is That Man Screaming So Much?
40 Years Ago Today: Keith Moon Replaced By Fan From Crowd ›