First Time I Got The Blues… 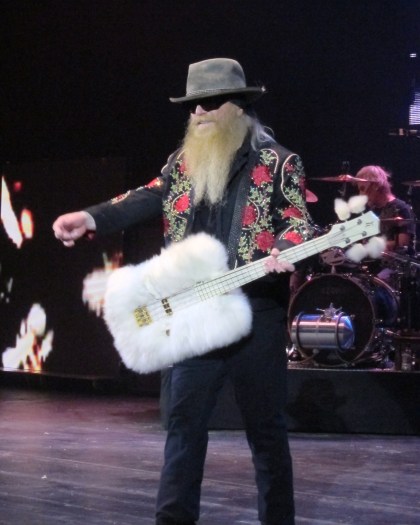 It wasn’t easy to expand one’s musical horizons in the eighties. Napster and Spotify really made life easier for us in the 21st century.
Back then we didn’t have anyone to hold our hands and tell us “these are the good songs, these are the less good ones”. There was no one to advise that if an album has “Richard Clayderman Plays The Blues” it is probably best to put it back in the rack, although his rubbish haircut and clothes were a fairly major clue. These were mistakes you made the hard way. Inventing an excuse to return an unwanted record to the shop became an art form. You had to:

Purchases were agonised over. I didn’t have a complicated algorithm to recommend to me what to buy next based on my previous purchases and what other like-minded people had purchased. You know the thing, “Customers who bought Muddy Waters’ “Live at Newport” also bought BB King’s “Live at the Regal”.
Instead, I had a complicated goth/ punk teenage girl sulkily manning the counter at the local Our Price. Judging by her countenance she spent much of her time thinking “I wish I hadn’t pierced my nose a fourth time”. When she wasn’t doing that, she would look at me (and the other customers) with distain as I browsed silently though the half dozen albums that formed the “Blues / Jazz” section. “Other people who purchased “The Best of BB King” had bad body odour and looked just as much of a loser as you do”, I imagined her thinking…
It’s a confusing category is “Blues/Jazz”. I didn’t know whether Charlie Parker was blues or jazz, until the Clint Eastwood directed film “Bird” showed on TV…
I also didn’t have a vast supply of five pound notes to splurge on a random voyage of discovery. Every purchase of a record was a huge decision to be carefully considered, compared and thought through. I think I agonised more over buying my first Aerosmith LP than I did my first house. I know one is more important than the other: clearly you have to live with your LPs for longer than you do mere property…
My first exposure to blues guitar was through a couple of old ZZ Top blues/boogie records, bought by a friend of mine. I taped them. I’m sorry, it’s just what we did back then.
ZZ Top need little introduction, albeit for some they are trapped in eighties amber with synth-heavy guitars and some videos featuring two girls and one car. To the uninitiated that might sound pretty filthy especially if you throw in a key-ring and a few beards, but they really aren’t *those* sort of videos.
After that initial excitement, ZZ Top could have just been an MTV footnote, but the beardy-cartoon band we see in Back To The Future 3 is not the whole story.
Let’s give a potted history through a couple of panels of Rock n Roll Comics: 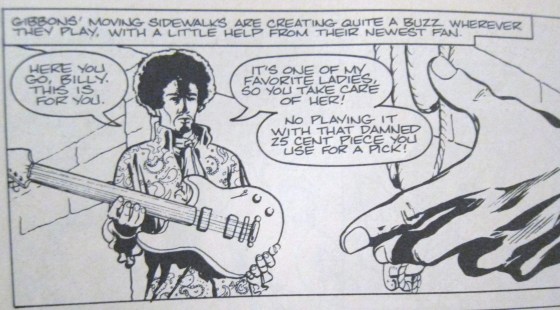 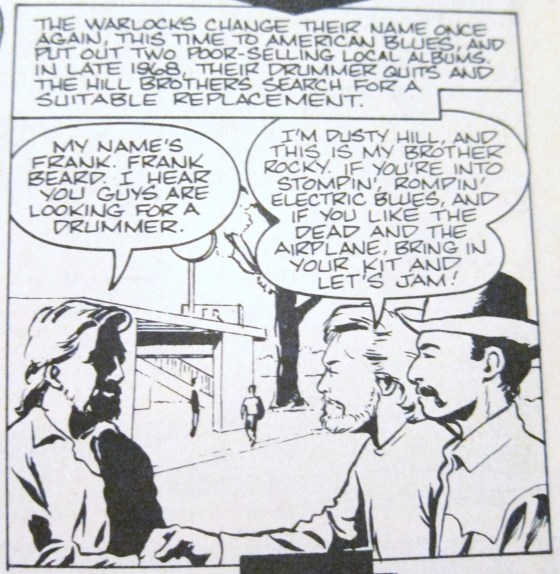 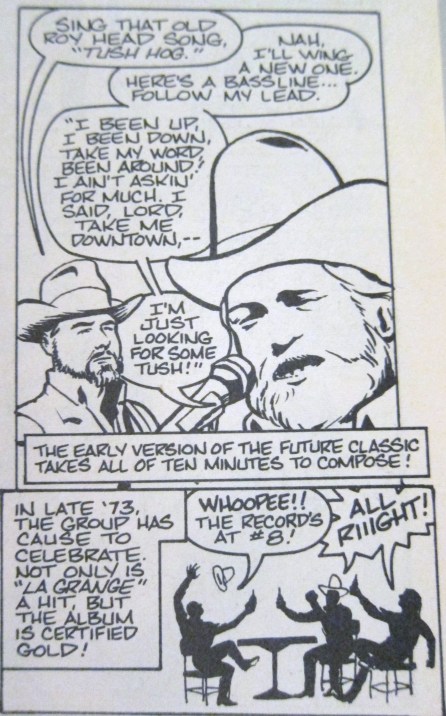 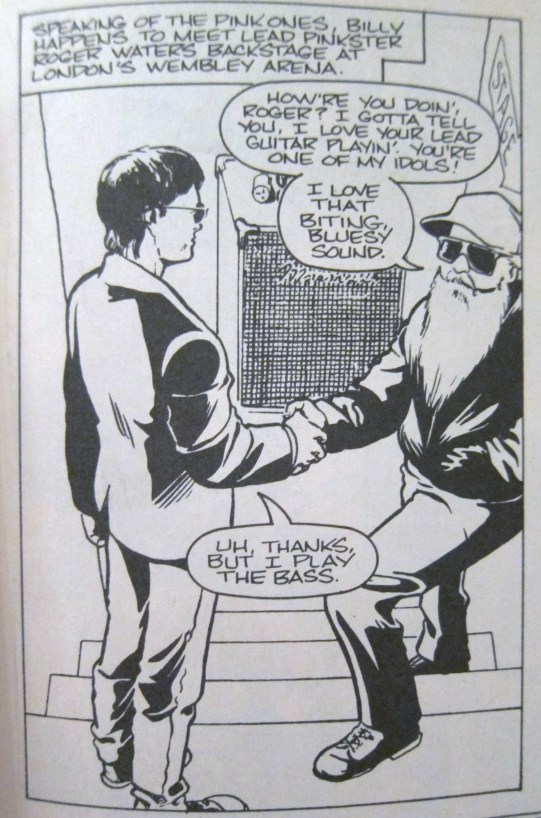 No, I didn’t know about that last incident either. Rock n Roll comics certainly knew how to tell a tale.

The ZZ Top I really love is the one you hear on the likes of Tres Hombres and Deguello. It’s Texas blues, pure and simple. This is a band whose formative musical experiences involved listening to late night Mexican radio from over the Texas border, which played all the blues songs you couldn’t hear on US Top 40 stations. Later, Dusty Hill played with Jimmy Reed and Freddie King before forming ZZ Top. They played with Willie Dixon in 1971 and Muddy Waters opened for ZZ Top on a number of dates in 1976. *

When I built back up my vinyl collection a few years ago, Tres Hombres and Deguello were both early (and inexpensive) additions. This takes me to the crux of this article: The way I have discovered most old blues songs is through hearing more modern versions of old classics. Classics, it should be said, I didn’t know existed. Blues is like that: everyone plays each others’ tunes. Sometimes they even give credit to the writers… The album “Deguello” is a favourite of mine and it has two covers: the Elmore James tune on Chess Records “Dust My Broom” and the RnB of “I Thank You” by Sam and Dave, originally released on the Stax label.

ZZ Top’s version of the latter is true to the original, but somehow sounds less wholesome – in a good way. And whilst I say “the Elmore James tune”,  in fact “I Believe I’ll Dust My Broom” was recorded by Robert Johnson in 1937, but has roots that go back even earlier than this.** That’s what is great about the blues: the way songs are passed down through the generations, albeit this is not without its controversies.
So the question is, which blues songs have the best originals AND updated versions? And how has a medium such as blues – where there is such a tradition of passing down songs from one singer to the next – dealt with modern day concepts such as copyright? I’ll look at that another time…

Sam and Dave: Thank You

* Source: Rock Lives by Timothy White
** ZZ Top’s version is based upon James’ electric version rather than Johnson’s country blues.

7 responses to “First Time I Got The Blues…”