Home › Blues › The Led Zeppelin Controversy: Who Wrote The Songs?

The Led Zeppelin Controversy: Who Wrote The Songs? 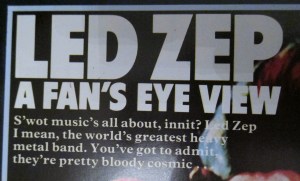 It is easy now to look at the relative fortunes of the likes of Led Zeppelin and The Rolling Stones – who doubtless regularly bathe in asses milk and feast on panda and swan – with the poor, early blues pioneers who struggled to scrape a living, as evidence that the British bands exploited / stole the blues for their own ends.

However, if you had told Keith Richards in 1961 that fifty years later the biggest risk to his health would be falling out of a coconut tree whilst he slept in a hammock on a Caribbean island – and all as a result of his playing old blues tunes – he might have looked at you with some scepticism. “How do you explain the fact I’m living in a squalid bedsit, Future-boy!” he might have challenged, in the style of Back To The Future’s Doctor Emmet Brown. Clapton and Page were both living with their parents in ’61. There was not yet any defined career path for fame and riches playing this music.

The thing was, blues music was a traditional medium, where folk songs were passed from one generation to another. Until there was a way to record music, it existed only through “word of mouth”.

Copyright effectively privatised what used to be common property. Example: No one could sensibly claim that Simon and Garfunkel wrote the traditional folk song “Scarborough Fair”, but they did in fact copyright the arrangement and they get the royalties every time the song is performed.

Charles Shaar Murray, in his excellent “Boogie Man”, notes that Big Joe Williams almost certainly didn’t write “Baby Please Don’t Go” but gets the royalties because his name is on the credits – making up for all the songs he did write but never got paid for.

Skip James’ funeral expenses were met by the royalties generated by Cream’s cover of “I’m So Glad”, something which Murray notes “says something for Cream’s integrity that they credited him at all especially considering they had rearranged the song so drastically that they could probably have gotten away with claiming it as an entirely new composition”.

Changing the song drastically is what Led Zeppelin did throughout their career, but it hasn’t stopped accusations of plagiarism.

You can’t copyright Bo Diddley’s shuffle (otherwise The Smiths would owe Diddley money for “How Soon Is Now”). You can’t copyright the chord progressions of 12 bar blues, or a particular guitar lick. If someone had, then no bluesman would be able to play anything without a lawsuit being flung in their direction. However, you can copyright words and a melody.

To accuse Led Zeppelin of stealing old songs is missing the point, because the whole raison d’être of Zeppelin was to take old blues songs and interpret them in a completely new way. Those who accuse them of stealing the blues are ignoring the basic traditions of the blues itself. You are on stronger ground, however, if you accuse Led Zeppelin of failing to properly credit the copyright owners of some of those songs (at least initially). It is a matter of record that early pressings of Led Zeppelin II have the credit “The Lemon Song” (Plant/Page) whereas later copies call the song “Killing Floor” (Willie Dixon), which in fact is what it is: a cover of Willie Dixon’s song, which Howlin’ Wolf had done before.

But that isn’t the only example, and it is fun to see just how many blues songs Led Zep have based their music on over the years and what the originals sounded like.

I have therefore created a Spotify Playlist of both the Led Zep versions and the blues songs that they were based on – and I hope you enjoy it. It’s great to dig into these old songs a little. Here’s a more detail: 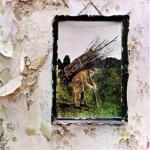 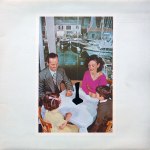