Home › Hard Rock › Led Zeppelin’s Re-Masters: To Buy or Not To Buy?

Led Zeppelin’s Re-Masters: To Buy or Not To Buy? 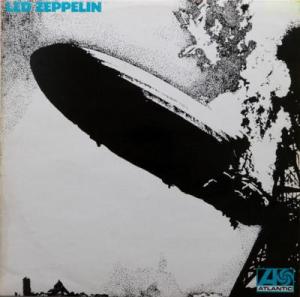 The Turquoise lettering on a first pressing of Led Zep I

The news that Jimmy Page has completed his work remastering Led Zeppelin’s back catalogue bodes well for a 2014 release. Page has confirmed this, saying to Rolling Stone Magazine that the first three Led Zeppelin albums will be released in 2014. Each album will come out as a deluxe edition, including alternate mixes and never officially released concert recordings.

Since the albums were originally released in the 1960s and 1970s, they have been remastered just once, twenty years ago for the Remasters Box Set. However, Page believes the albums will sound better this time around, saying about the current releases “It sounds ridiculous on MP3. You can’t hear what’s there properly”.

The subject came up in the pub recently…

“Why don’t you buy first editions of all the Led Zeppelin records and write about the ensuing high jinks on your blog?” asked my friend Chris with a vague air of implied sarcasm one evening after a couple of cheeky pints of a dangerously dark-coloured winter ale. I gave him a pained look, like the one a premier league manager might give his star striker after he has been sent off for biting an opponent. It may come as surprise to many, but writing a shabby music-related blog does not necessarily raise one’s status amongst one’s friends.

“Well, let’s see…” I pretended to give the matter some thought, “I’m not a millionaire, for a start: that’s certainly one reason…” It was a sharp rebuttal, but sometimes you have to nip these things in the bud. I was still bearing the scars of having lost our last similar bet, where I attempted to buy a set of Bowie albums for less than £100. Having lost, I had been forced to wear a Westlife T-Shirt as a forfeit. Wounds like that do not heal overnight.

However, looking at Chris’ blank look, or at least a blanker one than I am used to seeing, I felt I ought to elaborate, “It’s an expensive hobby, collecting Led Zep records” I advised sagely, “The first UK pressing of Led Zeppelin’s debut album costs about £1,500. I know it would make a fun article to run around London building up a lovely collection of Led Zep, but the cost overall would be two grand: I’d also have to explain to a disappointed-looking wife and kids why I had cancelled our summer holiday to buy a record that I already have on CD, which is likely to be available – newly pressed – later this year, and which I could now also download on Spotify…”

It was a fair point.

I listed my collection, which consists of plum-labelled Led Zeps II and IV, both a bit crackly, but picked up for a fiver each, a really nice US pressing of III (£7), an excellent French pressing of the light plum-labelled Houses of the Holy (£12), and a shiny first pressing of Presence in a gatefold sleeve (£15). Of these, the sleeves to II and IV are rather tatty – but otherwise it’s a decent collection.

“So it’s a bit of a non-starter.” I explained to Chris. “A headline of “Steve runs around London dropping over a grand on three records” isn’t exactly going to have readers on the edge of their seat and even if I could afford it – which I can’t – it might alienate more people than it entertains. It’s also worth saying that there are very few examples of literary greatness where the writer repeated himself. I mean, Dickens didn’t kill off Little Nell twice did he?”

I heard a sort of scoffing sound generating itself from the back of Chris’ throat. “Literary greatness?! Is that what it is?! Are you comparing yourself and your music blog to Dickens here?” Chris appeared amused. “It’s not like Dickens wrote record reviews is it? “Side one is the best of records, side two the worst of records…” I sensed I should back down somewhat.

We left it there, but the seed of an idea implanted itself. Why were UK “plum-label” pressings so costly? Were US or French pressings as good, or better? And what is that spinning wheel in Led Zep III all about?

I feel a vinyl investigation might be in order….