The Ups And Downs of Music’s Message Boards. 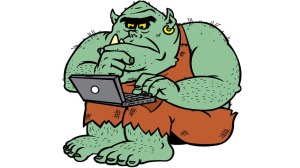 Life had its challenges thirty years ago. Picture the scene: across the globe a despot Russian leader creates an atmosphere of fear. A disappointing England routinely exits The World Cup early. And this happened thirty years ago also.

But one thing we didn’t have to deal with thirty years ago was the minefield of internet message boards. Honey traps of wisdom and community, there remain several challenges when navigating these sometimes stormy seas.

When MPs discussed the threat of the internet in parliament, there was much mention of immoral sexual content, point scoring, bullying, racism, thievery and potential to get viruses. But that’s enough about the MPs. The Internet also has all these things, and nowhere is point-scoring and bullying more prevalent, it seems, than on message boards.

The Black Crowes had a particularly friendly board, and a few of them agreed to meet up in a pub before a Brixton Academy Crowes gig. I went with a friend, but wanted to thank a couple of people who I’d only ever corresponded with via the message boards who had sent me, for free, a couple of CDs of Black Crowes shows. This presented me with a chance to see the people behind the Avatars.

The first called himself “Uncle FunknSoul” – who I had pictured (because of the use of the moniker “Uncle”) as an middle aged chap – who turned out to be a callow nineteen year old called Colin. The second was “YouthGoneWild” who was a fifty year old man whose only slightly “gone wild” distinguishing feature was his waistline. I know it’s hard to think of an alias, but if I had a criticism of these otherwise fine people it would be let’s keep the pseudonym vaguely sensible…

Via The Black Crowes CD trading site I mailed a couple of blank CDs to someone who had offered to burn a live show onto them. A few days later there was a knock at the door. “Hello” said a figure, standing there, like a high performing Jehovah’s Witness on his third victim of the day, “I have your CDs. I only live around the corner”.

I smiled warmly, I think, whilst trying to disguise the terror in my eyes. Someone “from the internet” had tracked down the “Real Life” Me. Now I knew how Julius Caesar felt when Brutus turned up on his doorstep sheepishly telling him he “thought he’d just pop over for a few beers with his mates”….

He was lovely, as it happened. But that might not have ended so well!

You know the kind of thing. People who go onto One Direction sites and tell everyone how the band are hopeless seeking a reaction. People like me….*

Despite these drawbacks, as I mentioned previously, message boards are still incredibly useful for finding out about obscure recordings. Without the internet, I would never have discovered many lost tracks – and indeed, they may never have seen the light of day.

There’s The Black Crowes’ various sessions (more about them another time). There’s The Flaming Lips’ “Soft Bulletin Companion” – a double CD of outtakes, rare recordings and radio appearances that the band put together for friends and which I first heard about, then downloaded via the Flaming Lips’ message board.

I’m sure others of you will have similar examples. And all of this would not have been possible without another revolutionary internet development that we can talk about next time: Napster.

* Not really. But I may try Gary Barlow’s site one day.

9 responses to “The Ups And Downs of Music’s Message Boards.”