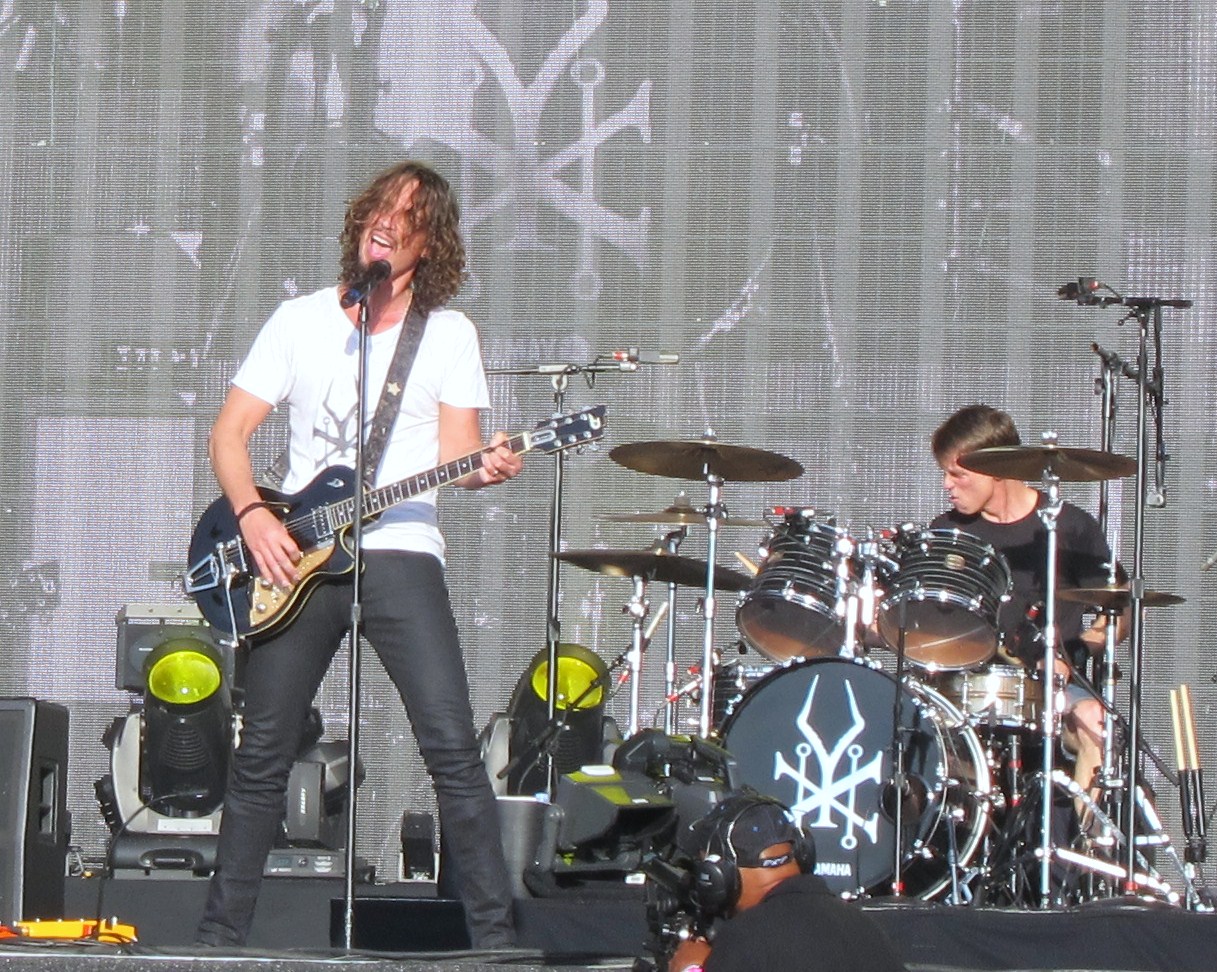 Returning – this time second on the bill – to a stage they headlined two years ago when they first reformed, Soundgarden unveiled something a little different at Hyde Park yesterday.
Having supported Black Sabbath throughout the latest stretch of their world tour, Soundgarden’s lead vocalist Chris Cornell addressed the crowd basking in the sun at the start of this Hyde Park performance.

“We wanted to let you know what was going on…this is probably the last time we’ll do this, but we’re gonna play all of Superunknown.”
In the event, they skipped a couple of the dodgier tracks, but make no mistake, I particularly enjoyed the show because a) it was a superb show and memorable performance, and b) I don’t need to tell you every track they played – just pick up your CD…. 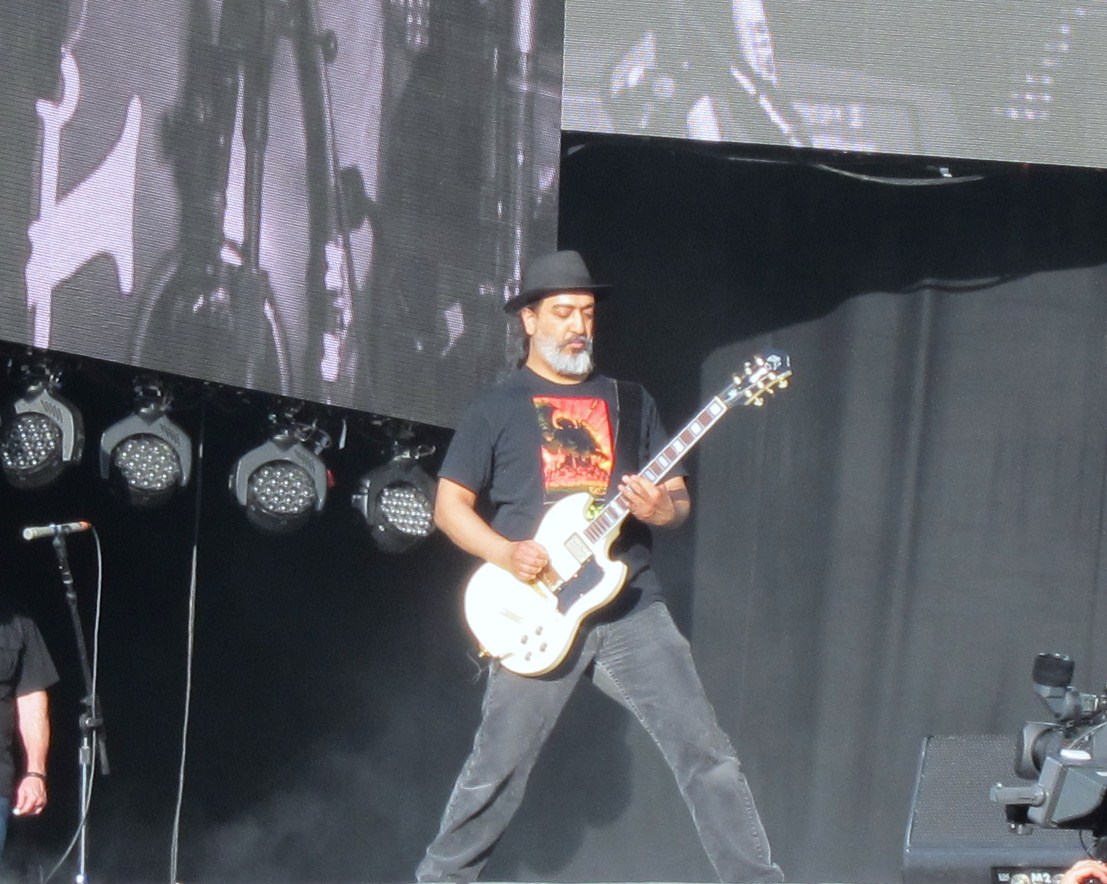 Switching guitars every song, (“One of the things about this album is every song had a different guitar tuning” explained Cornell) the shaggy haired frontman commanded the stage alongside long-term sidekick, guitarist Kim Thayil. Meanwhile bassist Ben Shepherd did his best Michael-Madsen-in-Reservoir-Dogs impression on the right of the stage.

Despite Cornell’s claim that “this is like a rehearsal in front of 52,000 people”, his voice was impeccable. Opening (as you would expect) with the cheerful “Let Me Drown” and “My Wave” followed by a mean, brooding (and rather wonderful) “Fell On Black Days”, the band was slick.

A further surprise was in store on the title track when Pearl Jam guitarist Mike McCready energetically joined his band mate, drummer Matt Cameron – who has somehow managed to hold down the job as drummer for both Soundgarden and Pearl Jam.*

What else? Black Hole Sun remains a terrific song, and Spoonman continues to grow in stature. This was a terrific treat, and a great way for Soundgarden to end the tour in front of an appreciative Hyde Park crowd. 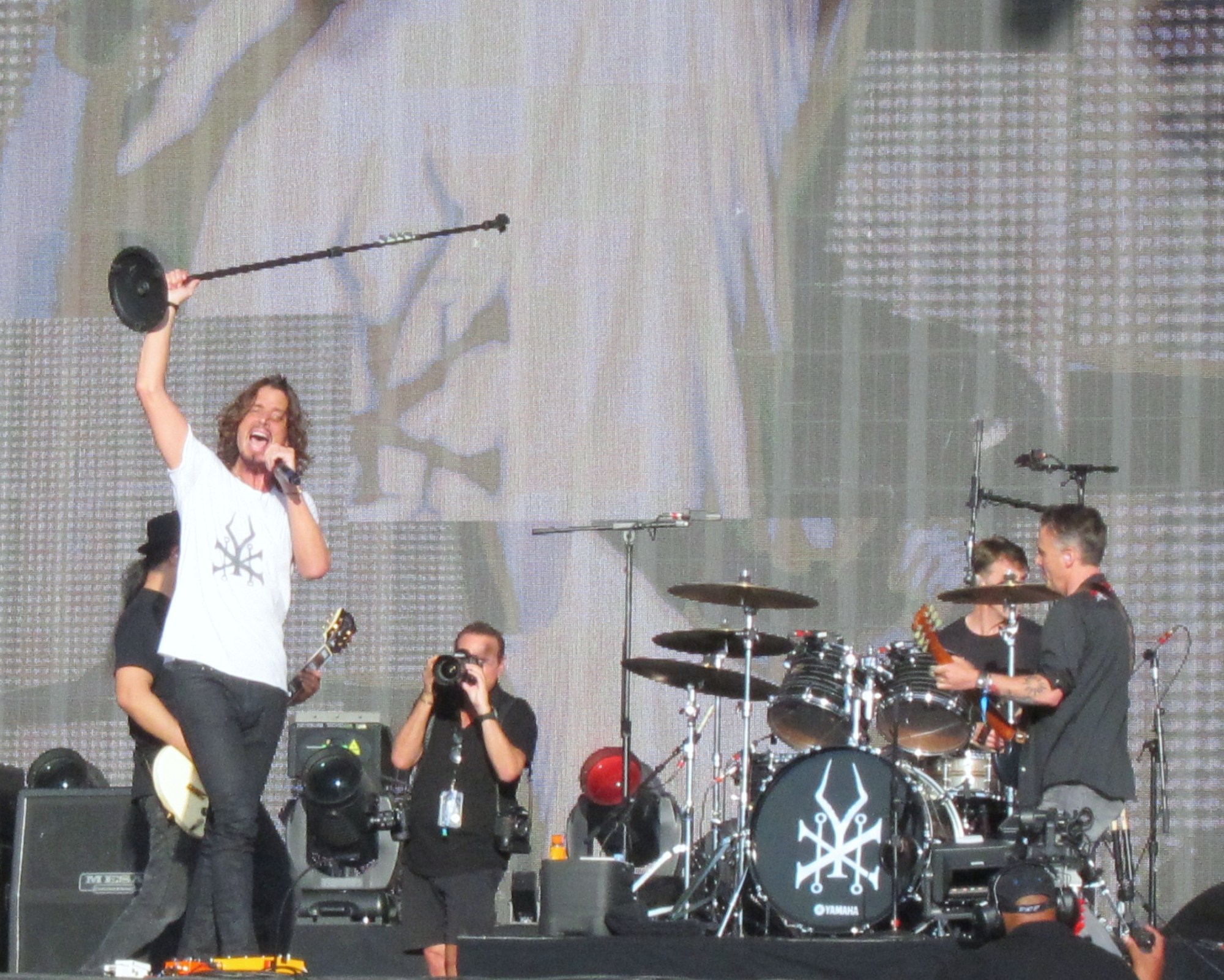 * If we were being critical, we might say this seems a little greedy, and must play havoc with each band’s schedules. Who knows? Perhaps times are tough, and he needs to hold down two jobs to put food on the table?