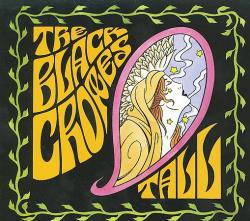 You know when you hear a song that stops you in your tracks?

Let me tell you about The Black Crowes’ track “Feathers”…..

This was a song I had only ever read about. It was referred to in hushed tones amongst the Crowes cognoscenti, with the sort of reverence you only otherwise witness when people speak of seeing religious artefacts, mythical treasures or, perhaps, a Yorkshireman getting his wallet out to buy a round of drinks.

Before Napster, it would have been almost impossible for most people to have heard the studio recording of Feathers. Assuming they actually wanted to, of course.

I searched every day for “The Black Crowes – Feathers” for a month or more. And miracle of miracles, one day it came up. A studio version, in its entirety. Say what you like about file sharing, but this was a modern miracle.

A bootleg recording had just been liberated from the murky world of bootleggers pressing bogus albums for a cash profit. File sharing may have put bands and record labels out of business, but it put the crooks out of business too.***

What’s more, “Feathers” lived up to the hype. It is an exceptional track, very mellow, with elements of Pink Floyd. It was very different to other Black Crowes songs.

Of course now, you can hear it on YouTube, or buy it on the “Tall” album.

How special is it? I’ll leave you with the words of Black Crowes singer Chris Robinson from April 1994. When talking about the unreleased recordings he said, simply, “There’s one song called ‘Feathers’, though, that I really, really think is something else.”