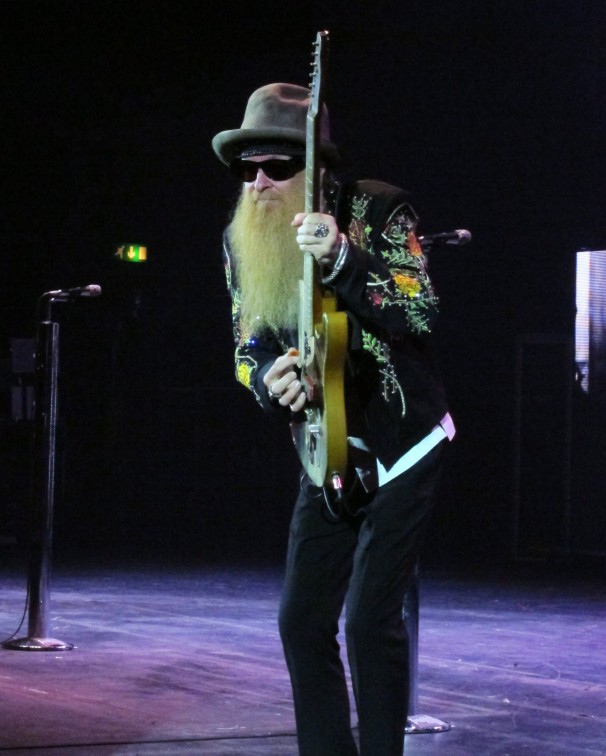 The news this week that ZZ Top’s Billy Gibbons teamed up with David Guetta in Ibiza to record an album is surprising to many. At first sight, it looks like there’s a too-strong batch of Ecstacy going around the island.

After all, why would an ageing 70’s throwback with a silly beard be allowed to make a record…with Billy Gibbons of ZZ Top?

ZZ Top of course occupy a genre where dropping the bass is usually only done accidentally, on someone’s foot, and is generally to be avoided at all costs. *

For those who are familiar with Billy Gibbons, however, this cross pollination may not come as such a surprise. Gibbons has long been known to have eclectic interests including electronic music, vintage guitars, hot rods and er, BBQ sauces (he sells his own brand on his Facebook page). 1983’s Eliminator may now sound familiar, (and the follow up Afterburner sounded even more familiar) but at the time was a hugely experimental album, using guitars and synths in a brand new way. Its fore-runner, Tejas was in itself an experiment with clean guitar tones, eschewing distortion, whilst 2012’s La Futura contained a cover of hip hop DJ DMD’s “25 Lighters”. ZZ Top may seem to be a straightforward blues boogie band, but under the surface, there’s much to admire. It doesn’t hurt that Gibbons is the world’s greatest guitarist.****

Guetta and Gibbons have recorded eight tracks together, according to Billboard magazine, and the results are as eagerly awaited as those Judas Priest / Stock Aitken and Waterman tunes from the late eighties that were never released (presumably after they all woke up the day after the recording session with the foulest of hangovers…? “We did what?!”)

Let’s not forget, the last time synths and guitars merged we ended up with a) the Top Gun Soundtrack and b) the Keytar. I know the Eighties are having something of a comeback with all this synth pop knocking around, but do we really know what we have let ourselves in for?

So what’s next for EDM and rock? A recent Rolling Stone article revealed twenty massive summer tunes – mostly EDM – that had apparently soundtracked my last five summers, which was something of a surprise to me, as I was only familiar with three of them. Songs, not summers, that is. I don’t drink that heavily…

Despite my apparent intransigence, EDM has never been more popular. ** So could we link up Calvin Harris with one of those homicidal Norwegian death metal bands? Surely a win-win? Perhaps Daft Punk vs Slayer: (Get Blood-y?) might work? Or Avicii vs Megadeth:  “Being Addicted To You Is My Business….and Business Is Good” or Katy Perry vs Metallica could play “Seek and Destroy All California Gurls” as James Hetfield wears a bra that spouts whipped cream. Let’s be honest, it wouldn’t be the most controversial thing Hetfield has ever done. Maybe even Swedish House Mafia vs Mastodon with “Leviathans ‘n Stuff”….?

I’ll keep my fingers crossed. Until now, Gibbons could Do No Wrong. It’ll be fascinating to see if he can work with Guetta and (against all odds) emerge unscathed. If not, expect to see a sequel to Top Gun very soon…

* That’s my one and only EDM joke. Hope you enjoyed it.

**Mainly with “other people”, I will concede.

Like Loading...
‹ How To Buy A Set of David Bowie’s Classic Albums on Vinyl For Less Than £100
$903 For Your Vintage Rock Concert T-Shirt? Yes Please… ›