Home › Music › Up Your Game With Personalised Rock T-Shirts

Up Your Game With Personalised Rock T-Shirts

With Prince gently encouraging fans to wear purple at recent shows and Arcade Fire requesting fancy dress be worn by the audience for their latest tour, it appears that even rock stars are wearying of the traditional audience attire / uniform of jeans and black t-shirt.

Although perhaps not as tricky as that impossible fashion quandary “Smart Casual” *, trying to get the Well Dressed Rock Fan to up their game is a tricky prospect. The Merchandise stalls at gigs offer a good array of t-shirts, but they all follow pretty much the same formula: the latest album cover beneath the logo of the artist. There’s more innovation in an episode of Last of the Summer Wine. **

It’s an odd state of affairs. Music related t-shirts sell like hot cakes, despite being as stale as Jim Davidson’s act, and there is a (as far as I can see – unsubstantiated) claim out there that Motörhead has sold more t shirts than albums – which if true reveals just how vast the music t-shirt market is: Lemmy’s troupe had sold 30m albums worldwide as at 2012 according to that bastion of truth, Wikipedia.

So how might music fans wear something a little different – even personalised – to show their allegiances?

The answer comes from a slightly unlikely source – a T-shirt company that specialises in football shirts celebrating sporting cult heroes.

Cult-Zeros was the brainchild of Paul Couling who set the company up in 2005 after trying to find a t-shirt featuring Oxford United’s Dean Saunders for his friend Alex’s birthday. He printed one himself, and Alex was so pleased with the result, they started the business together.

Whilst the original idea was to celebrate journeymen in the football world, it doesn’t take a giant leap of imagination to see how they might also celebrate lesser known musical stars, such as the bass player in Feeder, the quiet one in The Pet Shop Boys or any of the band in Sleeper apart from Louise Wener. Music is not just about the Beyoncés and Lady Gagas of this world – it’s also about the one-hit wonder, the no-hit wonder or even guitar heroes from the seventies that most people wouldn’t recognise if they wore a name badge and carried their guitar around with them 24/7 playing their best known riff.

I got in touch with the company to ask if they would produce something more music-related, and happily, Cult Zeros liked the idea so much they have launched a selection of rock-related cult heroes just for the readers of Every Record Tells A Story which you can order from their website directly here – or indeed come up with your own ideas***:

Because what is attractive about this idea is the ability to personalise the shirt. Take this example of ZZ Top’s Billy Gibbons…. 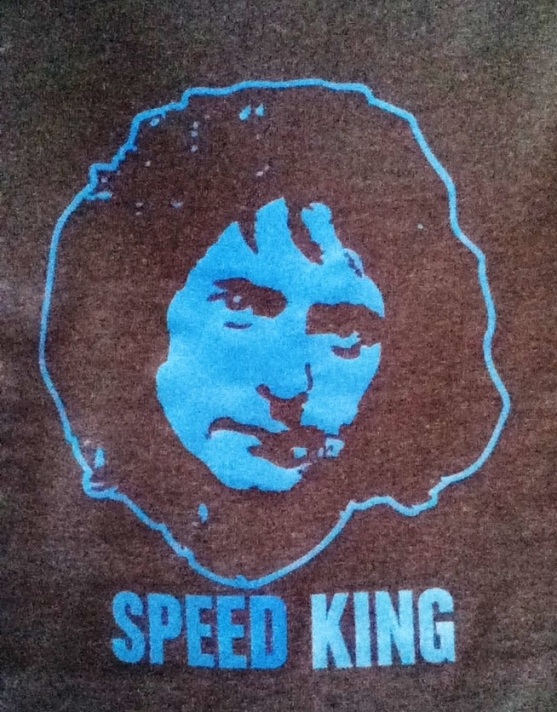 But who are your cult heroes? One of the joys of music is that everyone has different tastes, so perhaps the next time I go to a gig there’ll be someone there with the drummer from Blur, a face from Jesus and Mary Chain, or maybe Steven Tyler with the legend “Dude Looks Like A Lady” or even, well – I’ll leave it to you.

I’ll be the one with the Billy Gibbons t-shirt…