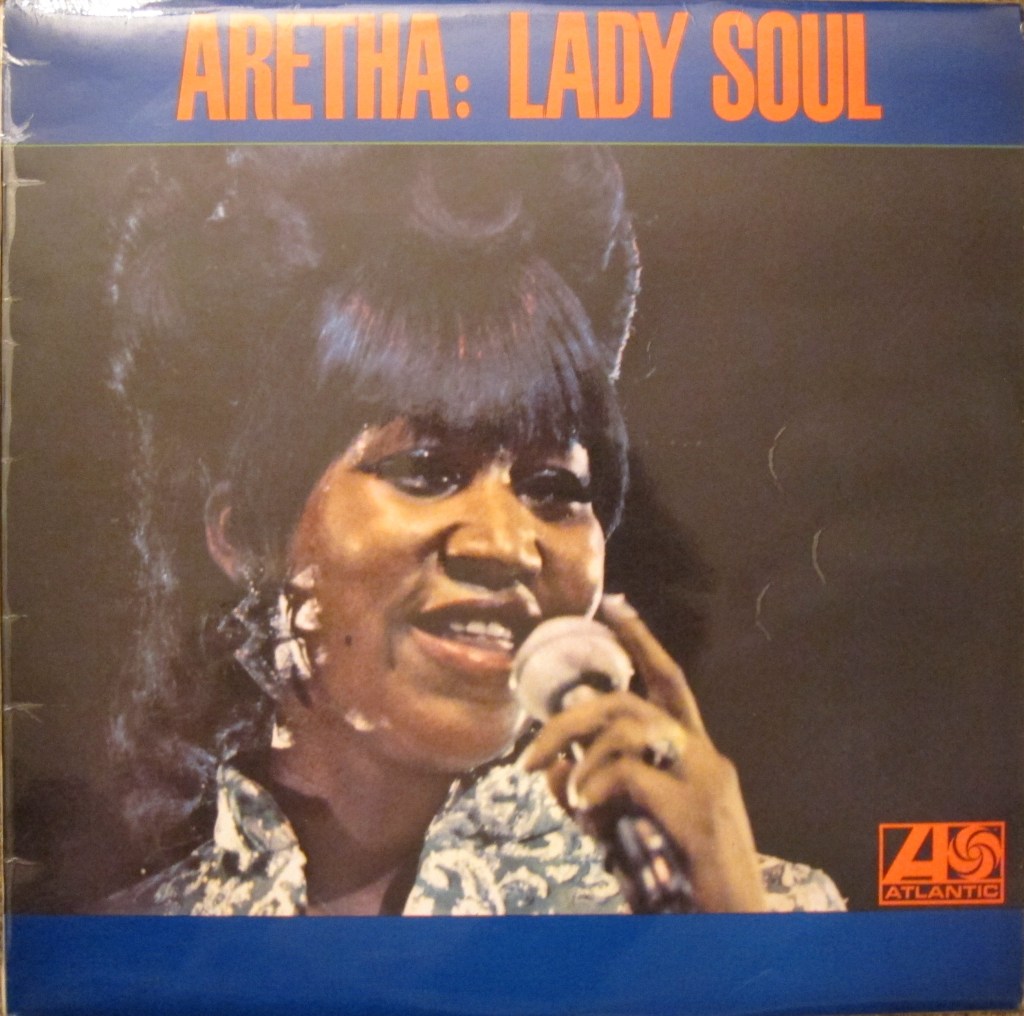 The story so far: I’m building a vinyl record collection for the sum of £116.99, which just happens to be how much it costs to buy the new Oasis Box Set of (What’s The Story) Morning Glory. So far, I have something old (by Chuck Berry), something new (by Oasis), so it was time for something Borrowed and something Blue.

When building a record collection from scratch, it is important to have a variety of genres, and having some vintage soul and RnB is an obvious starting point. There are some famous labels, including Stax, Motown, Chess and Atlantic that became synonymous with RnB. There are some obvious stars* which appear in The Rolling Stone 500 Greatest Albums list, but more than anything, there are some great singles. Aretha’s “Respect”, Fontella Bass’ “Rescue Me”, Smokey Robinson’s “Tears of a Clown”… three minutes of perfection each. Perhaps the best way to add some soul to the starter record collection would be through buying singles?

I hit The Spitalfields Market Record Fair which gathers London’s record dealers and collectors together every first and third Friday of the month.

Whilst scooting around a stall with a half price sale on I found something Blue – in the album section – for £2.50: 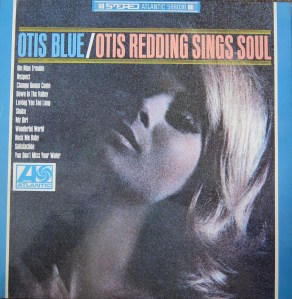 Otis Redding – Otis Blue: (Atlantic 1966 reissue: value £20. A first pressing, identifiable by the catalogue number, would be £45) Redding’s third album, released in 1965, containing Respect, later made famous by Aretha Franklin, a cover of “Satisfaction” and three songs originally by Sam Cooke (who had died in the previous December)  including “A Change Is Gonna Come”. 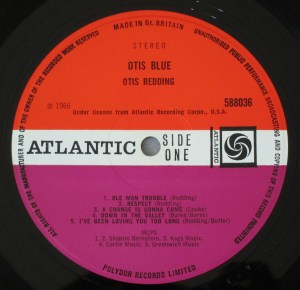 Otis Blue is #78 on Rolling Stone’s list. I could tell this was a sixties copy as it sported a plum coloured Atlantic label beloved of UK Led Zep fans. (Atlantic changed the colour of their labels in the early seventies to yellow and green). Perfect: one of the top 100 albums of all time and a vintage Atlantic record label. At half the (£5) marked price, this was a bargain at £2.50 What record collection could fail to be enhanced by this album?

I then found something that solved the problem of trying to find a large number of singles. I found a couple of soul compilation albums I had never seen before that were released in the sixties – also both with the plum coloured Atlantic Record Labels and both £2.50. 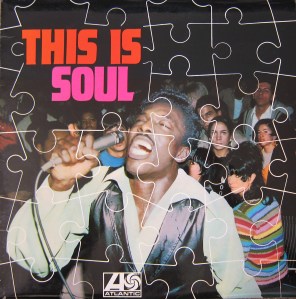 First was This Is Soul – Various Artists Featuring some nailed on classic records including Wilson Pickett’s Mustang Sally, Percy Sledge’s When A Man Loves A Woman, Solomon Burke’s Keep Looking and Aretha Franklin’s “I Never Loved A Man”, this is a great, almost definitive (if such a term can be applied to ten songs) sixties soul compilation. With the jigsaw puzzle cover and nice label it was perfect.

With a few classics nailed, it was then good to find something with a slightly less canonical track listing. 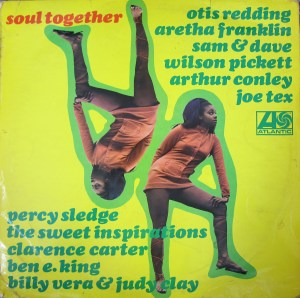 Soul Together – Various Artists (Value in RRG2012: £15) This album caught my attention because it had a couple of interesting Beatles covers on it. Something Borrowed, you might say. The first was a cover of Eleanor Rigby by Aretha Franklin which is a great song covered by a great artist, albeit even Aretha can’t improve on the original. 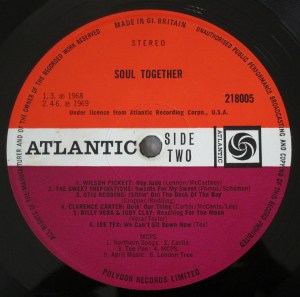 On the other hand, Wilson Pickett’s cover of Hey Jude is an absolute explosion of a song. I hadn’t heard this version before, but it is surely up there alongside Stevie Wonder’s “We Can Work It Out” as one of the Great Beatles Cover Versions.  The album also has Otis Redding’s Love Man, which isn’t on Otis Blue and is just a great tune.

I have created a Spotify Playlist of both albums below so you can enjoy at least some of these compilations yourself (Spotify doesn’t have every song).

So much for Atlantic, but what of Stax, Motown and Chess?

It isn’t hard to buy Motown as the label produced a large number of compilation LPs and these can be picked up for a few pounds. However, I have a slight reticence towards Motown “hit” compilations because I was once forced to listen to a Diana Ross compilation album for four hours straight as it was the only tape we had in the car on a long journey and the experience has rather put me off. I knew that Stevie Wonder’s Innervisions was also on Motown and is a #24 album on Rolling Stone’s list. Rather than splash out on a Motown collection, I mentally put Innervisions on my want list.

I then stumbled across two more albums: 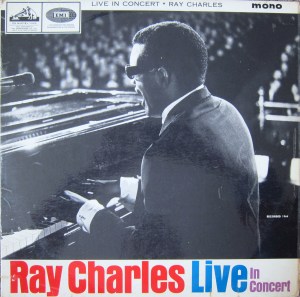 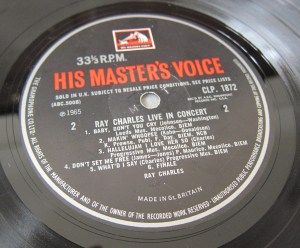 I found this for £3. It includes live versions of “What’d I Say” and “I Got A Woman”, and was a good proxy for Charles’ #54 album which collects all his Atlantic recordings. 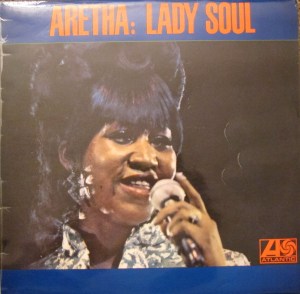 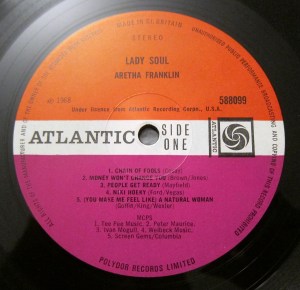 Featuring “Chain of Fools”, “(You Make Me Feel Like) A Natural Woman”, and “(Sweet Sweet Baby) Since You’ve Been Gone” this is a far better album than the most valuable Aretha Franklin LP – the tentative second album called “Aretha” which nevertheless fetches £60.

Franklin was backed by vocal group The Sweet Inspirations on this album, who included none other than Cissy Houston: mother of Whitney Houston, and who also sang on Van Morrison’s “Brown Eyed Girl”, Dusty Springfield’s “Dusty in Memphis”, and guess what? Wilson Pickett’s cover of “Hey Jude”. The Sweet Inspirations also feature on that Atlantic collection I bought earlier – Soul Together with a version of The Drifters’ “Sweets For My Sweet”….

That would do for vintage soul. This is what the collection looked like now: What else could I find? Find out by clicking through to part 5… 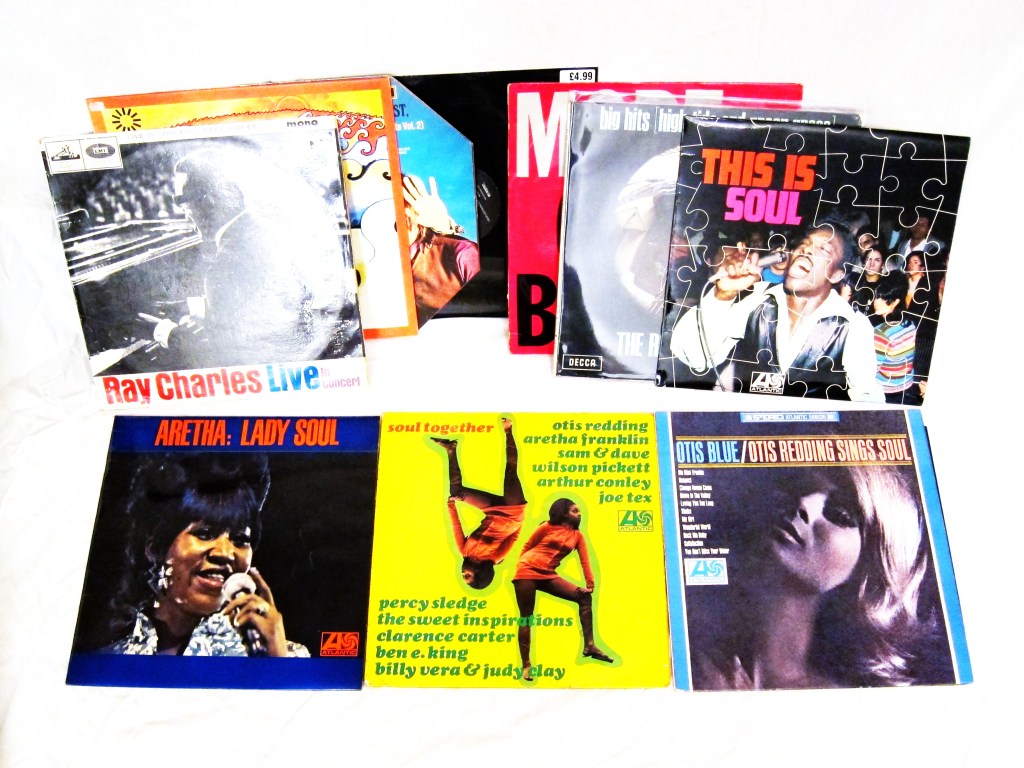 * Rolling Stone has the following RnB acts in the top 50-odd:

9 responses to “Buying Vintage Soul and RnB on Vinyl”