Here Comes Johnny Marr – With A Lust For Life, Live at Southend – Review 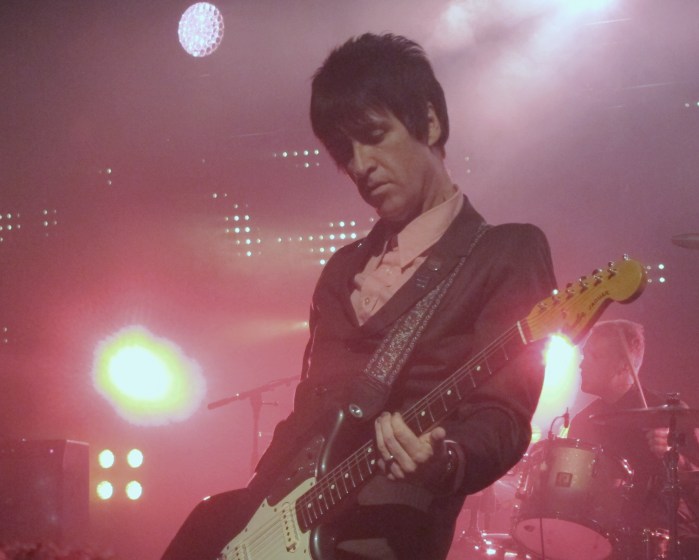 It has been quite a year so far for Johnny Marr. Just as he was getting over racking up a half century of birthdays, in April Marr found himself in a New York post office performing his new soundtrack to The Amazing Spider-Man 2 alongside Alicia Keys and Pharrell Williams.

It was a surreal contrast to the way Marr started the year – with an injury to his hand.

Although Marr blamed his broken hand on falling over whilst jogging, New Order’s Bernard Sumner alleges the real reason for the injury was more amusing. ” A little bird told me that he’d actually run smack into a lamp post” said Sumner in the NME, adding more mischievously “probably whilst checking himself out in a shop window…”

As autumn now envelops the country with a damp blanket of rain, Marr is again hitting the nation’s consciousness, with Noel Gallagher revealing Marr’s guest appearance on Gallagher’s forthcoming album this week and with Marr releasing his second solo album on the back of his “debut” LP, 2013’s “Messenger”. The new album is called “Playland” and includes the very catchy single “Easy Money” and an ode to London’s Gherkin* “Dynamo”.

Marr played Southend Cliff’s Pavilion last night for the second show of his UK tour and played a wide selection of songs from his solo albums, plus nods to the past, which includes Electronic (alongside Bernard Sumner), the Cribs (not revisited last night) and oh, in case we had forgotten, The Smiths.

Ah, the “S” word. Probably a good time to say I was something of a late-comer to The Smiths. Whilst they were still around, I was more aligned with rock than indie when the chart show played the top 30 hits and always rather liked this wonderful take on The Smiths by eighties comedy show “Who Dares Wins” which still makes me laugh now….

But the truth is, the half-dozen Smiths songs played last night were absolute monsters, overshadowing their studio counterparts. 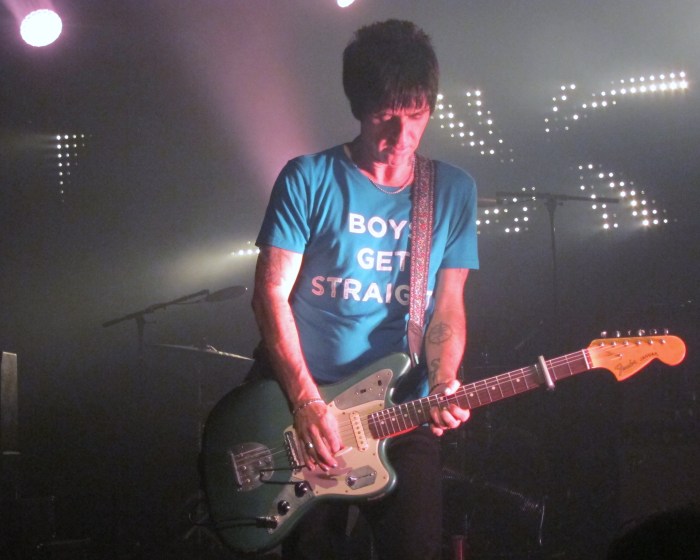 Whilst opening the show with the title track from “Playland” and playing various songs from “The Messenger” (“because I still believe in that s–” said Marr), Marr is comfortable addressing his past, sings far better than any lead guitarist has any right to, and second song in unleashes Smiths classic “Panic!” to a delighted Southend crowd.

New single “Easy Money” shows the strength of the new material: “New Town Velocity” has a lovely Smiths vibe to it, following which “Stop Me If You’ve Heard This One Before” reminds us of the real thing.

“Bigmouth Strikes Again” is a powerful wall of noise, and the sublime “There Is A Light That Never Goes Out” becomes a beautiful singalong at which point I realise these Smiths songs are some of the greatest songs ever written.
In between, an initially spiky version of Electronic’s “Getting Away With It” shows that not all Marr’s best work was with The Smiths. 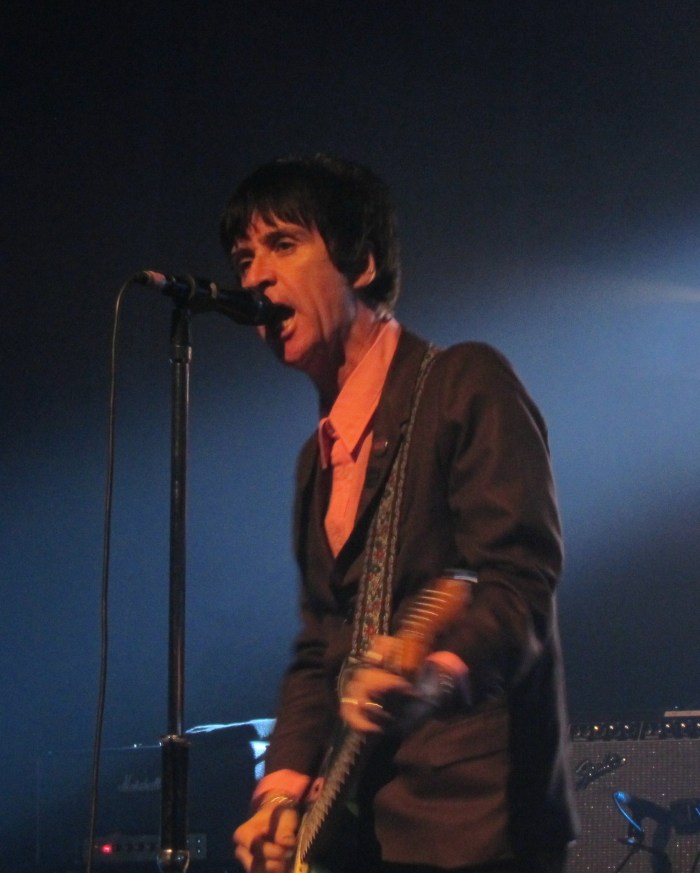 The encore features “Still Ill”, Playland highlight “Dynamo” and Iggy Pop cover “Lust For Life” before the curtain call of a huge, chugging “How Soon Is Now”. Surely a Bo Diddley riff has never sounded so thunderous. The evening finishes here, Marr looking around at his slide guitar-playing bandmate, rose (not gladioli) in hand. 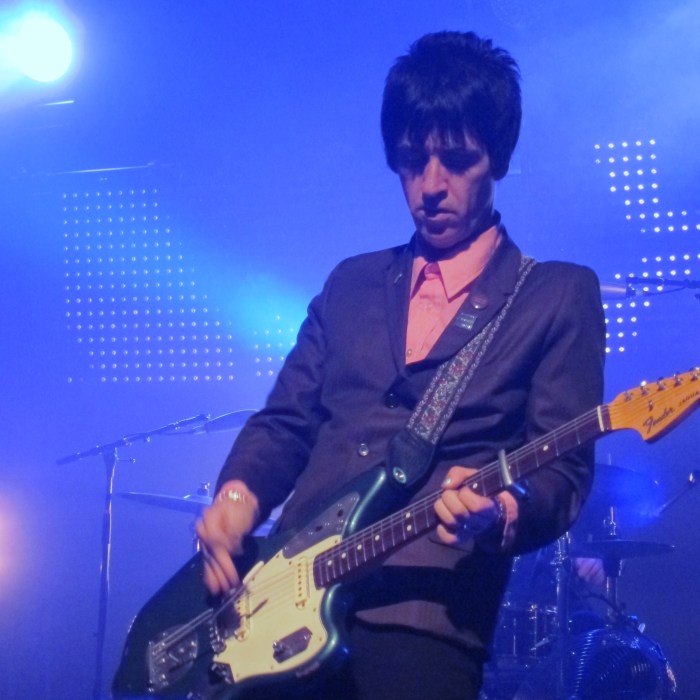 For those of us who missed The Smiths first time around, this tour is a great way to see these songs being performed in some relatively small venues. Playland is out now and comes recommended.

* Gherkin: The building at St Mary’s Axe. I wish it was really about the bit you take out of a Big Mac, but as Marr is a vegan that seems an unlikely subject for a song.

Like Loading...
‹ Buying Vintage Soul and RnB on Vinyl
The Trouble With Buying Records At Boot Fairs Is……. ›