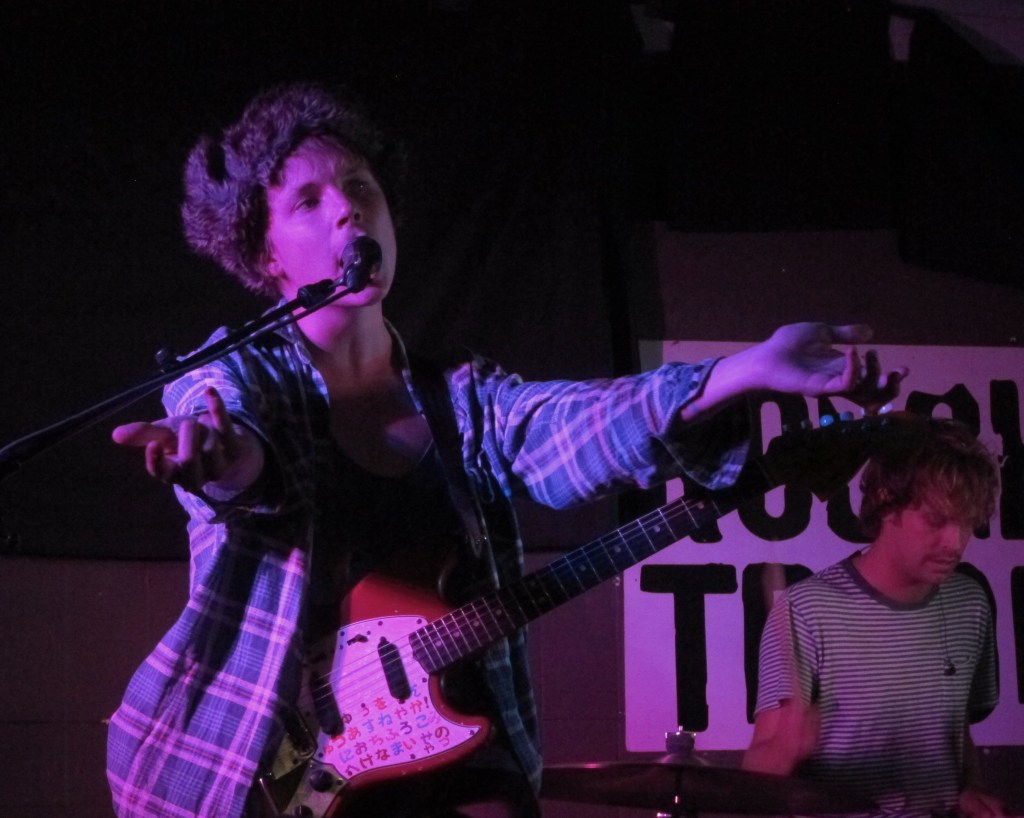 Where reasons for delaying the start of a gig are concerned, Pond can now claim to be world class. Axl Rose? A mere amateur excuse-maker compared to Pond, whose legendary reason for delaying their Rough Trade East lunchtime show today for an hour was that it clashed with a pancake race outside the venue. That’s right, a pancake race. This is rock n roll 2015 style, folks…

Somehow though this seems entirely in keeping with the rather loveable yet loose, sprawling music that Pond produce. The band, which emanates from Perth, Western Australia, is like a more fun version of MGMT, crossed with the The Flaming Lips circa fifteen years ago – back when The Lips didn’t muck about with middling cover versions of other bands’ records and wrote happier tunes than they seem to nowadays.

Pond is in the UK for a tour and today were promoting their excellent new album “Man It Feels Like Space Again”.
The four piece kicked things off with new album opener “Waiting Around For Grace” followed by “Elvis’ Flaming Star”. Both are riff based, catchy as heck and a great way to start what is Pond’s first show of the tour. Indeed, the band have only just arrived in the UK….

“It’s my bedtime now, I’ve been up since 4.30. As usual” jokes Pond’s slight and rather kooky frontman Nick Allbrook before introducing a song from their 2009 debut album “Psychedelic Mango”. No, I didn’t just make that up. 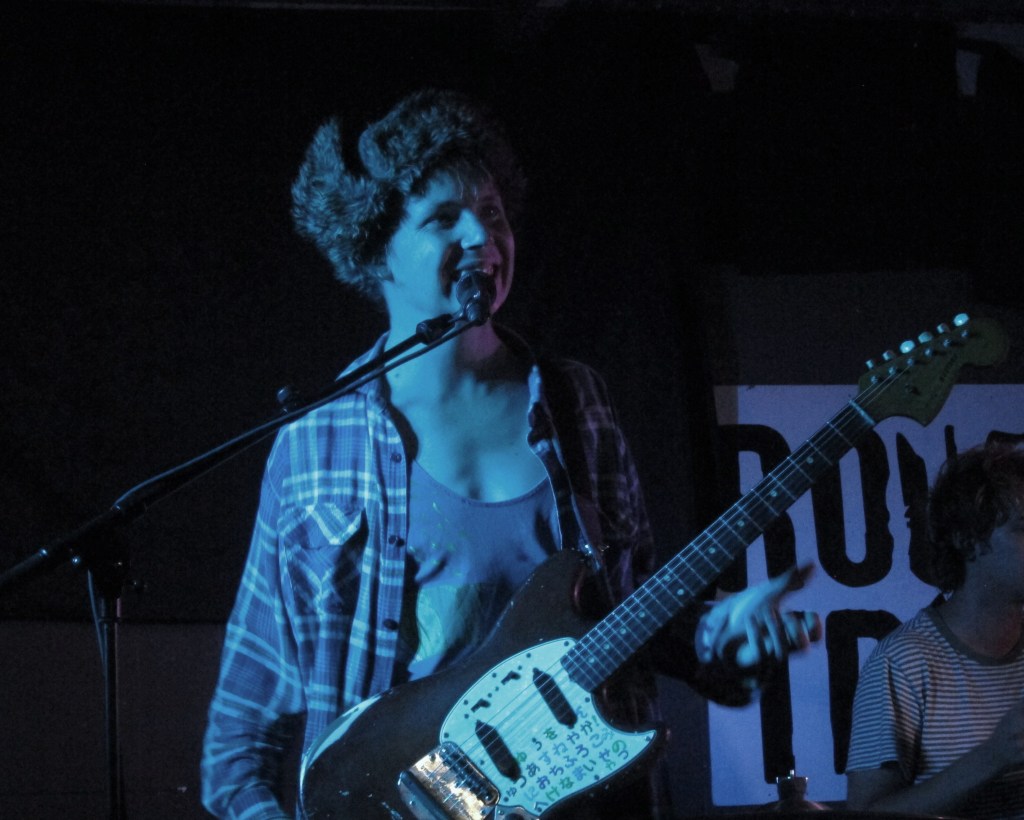 Pond’s line up features Allbrook on guitar and vocals, Jay Watson on drums and vocals, Joe Ryan (guitar) and Jamie Terry (synth, keys) the latter of whom (note for fashion fans) sports a fetching cricket jumper before warming up sufficiently to reveal a more flowery short sleeved shirt. The first three named write the songs and, in case you didn’t know, most of the band have been members of fellow Perth-based psych rockers Tame Impala at one time or another by all accounts. (Allbrook was a touring member of Tame Impala until 2013 and drummer Watson remains a member of Tame Impala to this day). 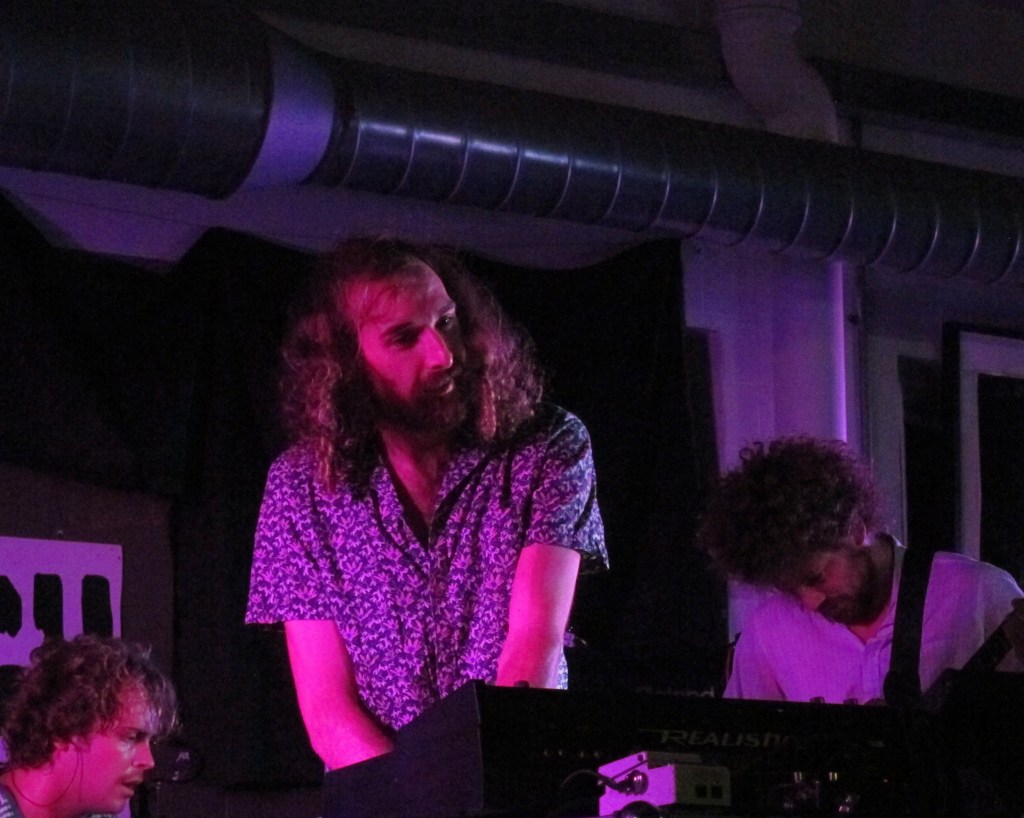 Fourth song in is a new one, the slower paced “Sitting Up On Our Crane”, which is followed by the Led Zep “Heartbreaker” style Hobo Rocket vintage track “Giant Tortoise” (well, what else would you call a song?)
This leaves time for just one more, after Allbrook thanks Rough Trade East for hosting and asks for a “staff discount” at the London record store.

Closing track “Man It Feels Like Space Again” extends and sprawls like only a song that is being played by a band that named their debut album “Psychedelic Mango” can. It is big, dreamy, a bit proggy, has a great staccato riff in the middle and is eight minutes of winning psychedelic rock that makes me recall some of Mercury Rev’s best moments. It finishes off a great mini show.

I’m not sure how Pond will go down in rock history. Allbrook is a charming, elfin, funny and engaging frontman and Pond has great songs, talented musicians and a terrific fun attitude. Their previous record “Hobo Rocket” sneaked in to my Top Ten Albums of 2013, and follow up “Man It Feels Like Space Again” is also something of a likeable shambles, with some really great songs (all played today). I like their approach and experimentalism and when they’re good, they’re really good. And despite jet lag and pancake-related factors, they absolutely nailed it live.

Having said that, I can’t help thinking that Led Zeppelin would never have allowed a track titled “Heroic Shart” to appear on “Houses of the Holy”, no matter how good it was, and this slightly relaxed take on things is both a great strength and a slight chink in the armour of a band that right now, is just having a great deal of fun, and taking its audience along for the ride.

Pond is on tour in the UK now. For tour dates see the band’s facebook page.
“Man It Feels Like Space Again” is out now at all good record shops.

Like Loading...
‹ A Look at a Classic Tom Petty Tune: Walls (Circus)
Should I Stay Or Should I Go? Music’s Greatest Questions Answered! ›