The Who and Wilko Johnson: Live at The Royal Albert Hall

The Teenage Cancer Trust concerts have become a much loved staple of London’s live scene for over a decade. A week long series of gigs, including one comedy night, curated by Roger Daltrey, all to raise money for an organisation that helps teenagers who have been diagnosed with cancer.
The cause is such a great one that the gigs themselves barely matter in the scheme of things, but they have generated some memorable nights over the years, with surprise collaborations and guest appearances.
I first saw former Dr Feelgood and Blockhead guitarist Wilko Johnson at a book signing three years ago. He spoke entertainingly of his life story little realising the most remarkable part had yet to be written.
Shortly after the book’s launch, Wilko was diagnosed with terminal cancer. His reaction to this news was to make the most of every moment he had left, and this included some memorable “farewell” shows and his recording an album in eight days with Roger Daltrey entitled “Going Back Home”. Having survived longer than anyone expected, an inquisitive doctor subsequently discovered Wilko’s cancer might be operable. A successful operation removed the tumour – and various internal organs – all of which meant that a very much alive Wilko was tearing up and down The Royal Albert Hall supporting The Who last night. 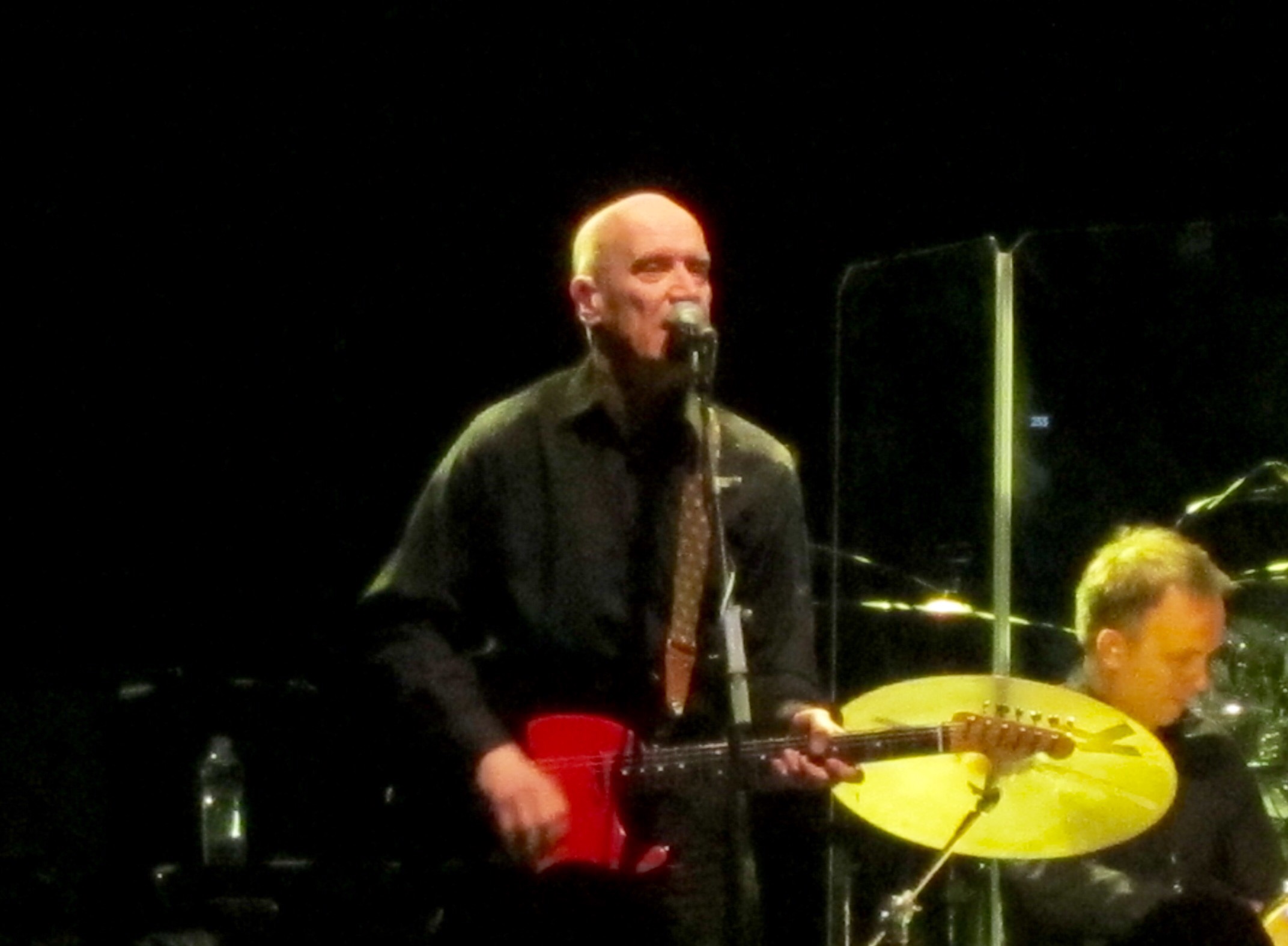 Aside from seeing a mature stag charging down a rival, or perhaps a Yorkshireman chasing a five pound note down the street in a high wind, there can be few things finer than seeing Wilko Johnson’s sideways strut, thousand yard stare and machine gun guitar antics onstage. Oh, wait – there is one – and that is seeing his bass player, the former Blockhead Norman Watt-Roy in full flow. Between them, they had the Royal Albert Hall on their feet to acknowledge some blistering RnB playing.
Having seen one of Wilko Johnson’s “farewell” gigs last year, it is a genuine joy just to see him onstage. The fact that he can still deliver such a compelling performance in a half hour set which includes such classics as “All Through The City” and “Roxette” is the icing on the cake.
And what of The Who themselves? Celebrating the most unlikely half-century – with the exception, perhaps, of England’s middle order at the Cricket World Cup – Daltrey and Townsend have a wealth of songs to choose from, and tonight, they play them all.
Reeling off a song as powerful as “My Generation” mid set rather than as an encore clearly demonstrates the depth of songbook that The Who can boast of, even if, as Townsend notes, they didn’t have as many hits as they should have (“I don’t blame you” he tells the too-young crowd “I blame your parents, grandparents and great uncles”). “Magic Bus” and “Pictures of Lily” made welcome appearances, with Pete Townsend introducing the latter saying, “If you have seen ‘The Inbetweeners’ you’ll know what this is about”…

Perhaps the biggest difference between that other fifty year old band still touring – The Rolling Stones – and The Who is that whilst when you see the Stones in concert you wish they were 30 years younger, with The Who, you wish that you were thirty years younger.
The key to this is that Roger Daltrey still has a great voice that is undiminished by the passing years. Whilst most men of a certain age struggle to retain any power in their voice (unless haranguing TV producers for steak and chips) Daltrey has kept his in pristine condition – a genuinely rare thing.
When he jumps onstage and expertly swings his microphone over his head, you know he means business. Backed by a long-settled band that includes Zak Starkey on drums, Townsend also has yet to lose his edge, or his eye for a dramatic whirl of the arm.
In short, the show was superb, and whilst both Daltrey and Townsend both say that age is creeping up on them and that they can’t go on forever, you have to say they are hiding it well…
Set list:
You can find out more about the Teenage Cancer Trust at their website by clicking this link.

6 responses to “The Who and Wilko Johnson: Live at The Royal Albert Hall”