The Jam: A New London Exhibition 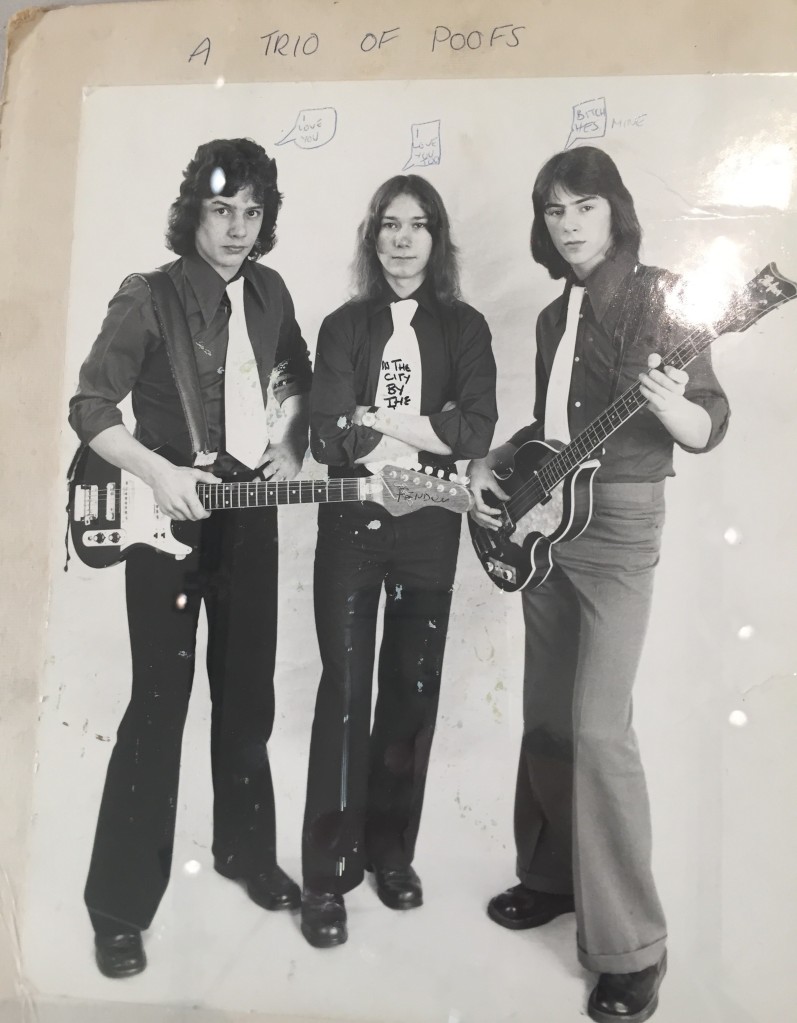 Note the caption at the top….

If you are walking down the Strand over the next month and see a number of men of a certain age looking misty eyed and wistful, you may be forgiven for thinking the spirit of romance must be in the air. What else could inspire such a look in the eye of a normally reserved Englishman? The kind of look usually reserved for ultimately doomed World Cup campaigns (men’s or women’s) that go unexpectedly well, or the birth of a first child. In that order.

Displays of emotion in an otherwise uptight, proud and generally emotionally stunted demographic are pretty rare….

Ah. Of course. It can only mean The Jam.

They can inspire quite a reaction. I have witnessed even the most thuggish, dead-from-his-unfeasibly-thick-neck-up Englishman melt like a Walls ice cream in a hot car as he listens to “English Rose” from “All Mod Cons”. I have also seen some incredibly bad, yet fully committed dancing to the likes of “Down In The Tube Station At Midnight”.

Or as Graham Coxon puts it: “Listening to The Jam made me feel proud. I felt part of something others didn’t know about…”

The beautiful Somerset House in London

This new Somerset House exhibition has the full co-operation of all the band members: Paul Weller, Bruce Foxton and Rick Buckler. Indeed the archives of non-band members have also been raided, including Noel Gallagher, who contributes Paul’s white Rickenbacker 330 from 1982. Somerset House is truly, er, Jammed with oodles of previously unseen memorabilia to produce a revealing and personal journey through the early years of the band right up until their break up in 1982.

We see a ten year old Paul Weller’s school report (Grammar: C+) after “an unsettled first term”. You can see Weller’s early musical ambition through sketches, imagined magazine and album covers, and even a cartoon strip called “Paul The Mod”. It appears Weller had it all mapped out, calling his band The Jam as early as 1972.

Indeed, the roots of the band began in 1971 after a 13 year old Weller met Steve Brookes at Sheerwater Comprehensive School in Surrey. They started a band and played their first gig in 1972, playing rock n roll covers and a few of their own songs.

Weller was obsessed with The Beatles and Mod culture. As The Jam fans will know, Paul was supported by his family, especially his dad John Weller, who went on to manage the band, forming a strong bond with fans along the way, and who warrants his own display here, with boxing certificates and family photos.

Billed in the running order as “Paul Weller and “The Jam””, an early version of the band won a local talent contest in 1973. A largish trophy was meant to be returned, and a smaller one retained in its place. Tellingly, both are displayed here. The larger cup was never returned.

Headphones are provided playing a selection of the band’s early demo reels dating back to 1974/5 straight from the Weller Archive. Titles include “Back In My Arms”, and the songs sound like cavern-era Beatles R&B complete with Paul

Elsewhere, there’s a letter from Thames Television attaching an audition form for Opportunity Knocks, the seventies equivalent of X-Factor and where Sheena Easton got her big break. 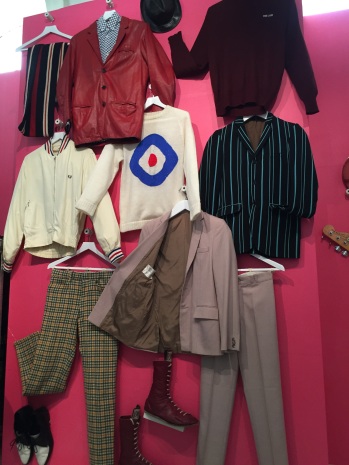 As we move through the exhibition we discover that it wasn’t until 1975 that Weller transformed the band from early Beatles revivalists to the band we know today. Watching Lee Brilleaux and Wilko Johnson of Dr Feelgood at The Civic Hall in Guildford, Weller saw sharp suits and sharper playing with an energetic style. In 1976 the band watched The Sex Pistols at The Lyceum Theatre – just around the corner from Somerset House – and Weller realised it was okay to sing in an English accent, and the punk attitude completed the picture.

Shane MacGowan (later of The Pogues) saw The Jam as they went through this transformation and told Chris Parry of Polydor Records about them. Polydor signed the band and released their first single, “In The City” on 29th April 1977.

The exhibition then looks at the influence the band had on the fashions of the day (Shelley’s Shoes, Jam Jackets) and how the lyrics gave their audience a sense of direction. The influence of The Jam extended to fans’ record collections, their style and the books they read.

In 1982, after just six albums, The Jam split at the height of their popularity. In six years they had scored 18 consecutive UK Top Forty singles and 14 million global album sales. They split because, Weller explained, he couldn’t continue singing The Jam’s philosophy in his late twenties.

Perhaps it’s no surprise therefore that some people get a little misty eyed about such things. Few bands nowadays are quite so involved with their fans, and are quite so principled, and have quite such an influence on the world around them whilst releasing six albums in as many years.

Yet Weller moves onwards, constantly reinventing himself and seldom dwells too long in the past.

Except for his haircut, of course, which on the evidence of this exhibition has barely changed in the last forty years…

This is a terrific exhibition that will appeal to fans of The Jam and of modern history alike, and which tells a unique story in an interesting and entertaining way.

The Jam: About The Young Idea runs until 31st August at East Wing Galleries, Somerset House. Exhibition in collaboration with Nice Time Inc Productions and in partnership with Fred Perry. Tickets, priced £9.50 are available from www.somersethouse.org.uk

There’s a limited edition CD “All About The Young Idea: The Best of The Jam” and a book “Growing Up With…The Jam” to accompany the exhibition.

Fred Perry’s Henrietta St, Covent Garden store will also carry some additional objects from The Jam’s Archives whilst the exhibition is running.

Like Loading...
‹ How To Recreate That Glastonbury Feeling Without Actually Going To Glastonbury:
The Ecstasy of Wilko Johnson: A New Film By Julien Temple ›