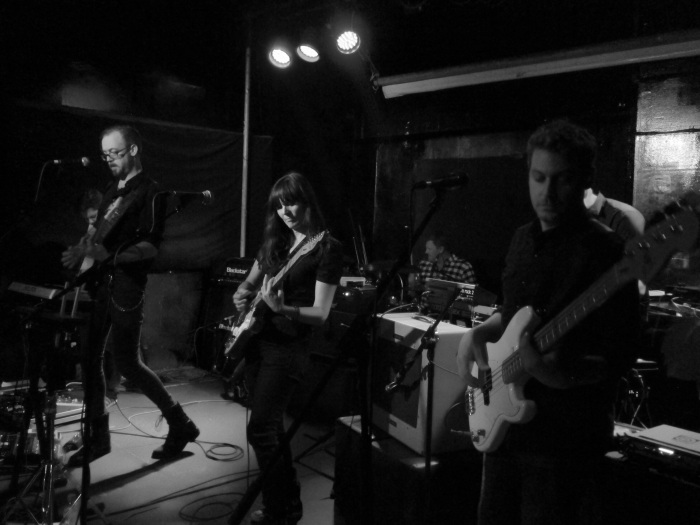 It’s a crazy world we live in.

For example, egotistical celebrities known for the craziest rants and most bizarre behaviour are filling our TV screens announcing they are running for President of the USA.

But that’s enough about Donald Trump.

More baffling and crazy even than the behaviour of the likes of Trump, Kanye et al is the continued lack of presence in the top ten album charts of one of Britain’s finest bands, Sweet Billy Pilgrim.

Last night Sweet Billy Pilgrim played the second date of their month-long UK tour at East London’s 93 Feet East, showcasing a mix of old songs and new songs, picking up new admirers as they did so.

I have found myself playing new album Motorcade Amnesiacs with increasing regularity over the past four months, as the album has opened itself up with repeated listens.

This is an album with more strength in depth than Charlie Sheen’s drinks cabinet. Each time a new track reveals new sounds and ideas. Before you get a chance to settle, another song takes you to a new place, from the pop sensibilities of “Just Above Midtown” (played tonight) the acoustic sounds of “Chasing Horses” (sadly not given an airing live) to the more frantic, Radiohead-esque rhythms of “Burn Before Reading”. Songs like “Make It So” and “Tyrekickers” meanwhile are both unveiled tonight, and are beautifully crafted gems, building from quiet beginnings to wave upon wave of gorgeous, overlapping crescendo, which is something this band is good at. 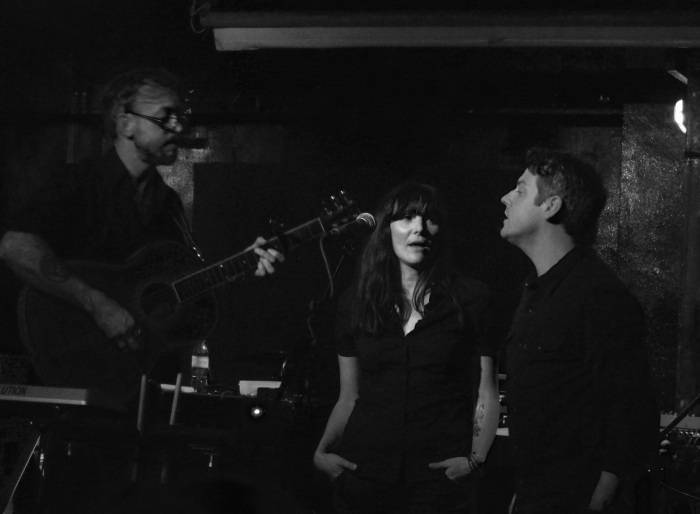 With so much variety, trying to find a way in to the album might be a challenge, but new single “Slingshot Grin” does a pretty good job, and the live version is an early highlight. The song is one of the strongest of Sweet Billy Pilgrim’s repertoire, and the video below features star turns from Indira Varma (Game of Thrones, Luther), Colin Tierney (Silent Witness), Don Gilet (Eastenders, Holby City), Tracy Whitwell (Casualty) and Nicola Stephenson (Safe House) as well as Sweet Billy Pilgrim’s own Tim Elsenburg and Jana Carpenter as a series of unhappy souls who ultimately find solace.

Sweet Billy Pilgrim have evolved over the past few albums in a similar fashion. Their 2009 Mercury nominated second album “Twice Born Men” was a brooding, sometimes bitter, yet beautiful and melodious piece of folk-tronica (let’s pretend that’s an actual thing, just for now) whereas “Motorcade Amnesiacs” has retained the beauty and mostly left behind the beast. 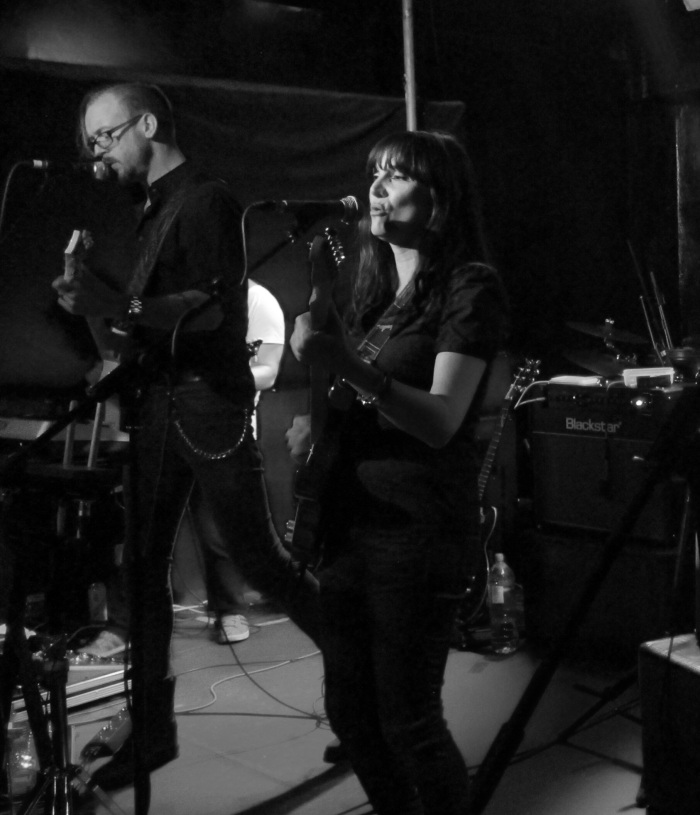 In the meantime, the material from third album “Crown and Treaty” has benefitted from being in the set for a while and sounds better than ever. “Archaeology” is a definite highlight, whilst “Blue Sky Falls” is stripped back to basics: an acoustic guitar and three voices, plus the audience. It has never sounded more beautiful, and after a stunning “Kracklite” the ninety minute set draws to a close. 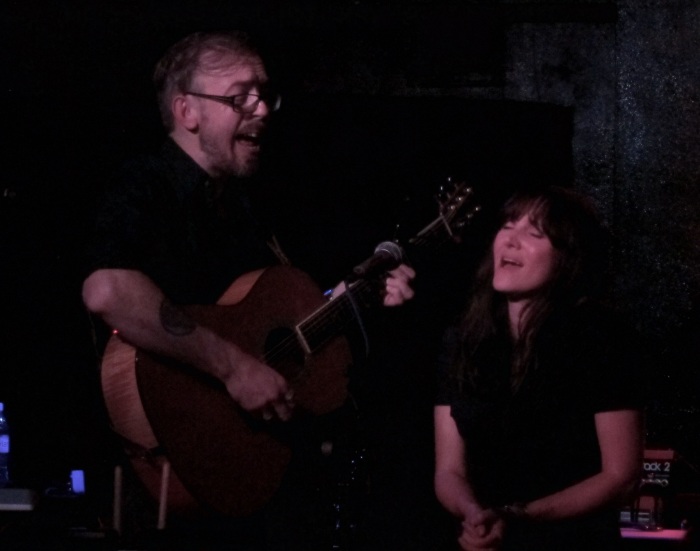 We are told that the future of music is in Spotify playlists and YouTube views. Radio playlists are informed by Twitter followers, Facebook “likes” and Soundcloud plays. But that’s not the future of all music. Beyond the million-sellers in the charts, the future of music lies in the hands of those artists who engage with their audiences in a genuine and meaningful way. Those that grab their audience’s emotions with their songs rather than just by their social media activity.

Sweet Billy Pilgrim engage with their audience tonight. They willingly breach the barrier between performer and audience. As a result, we feel part of a conversation. It’s less a gig than an intimate gathering of like minded music fans. One day all bands will be like this. In the meantime, we have Sweet Billy Pilgrim, leading the way.

Sweet Billy Pilgrim has just embarked on their first UK tour for a few years, and will be playing a venue near you, wherever you are in the UK over the next few weeks.

Here’s a Spotify playlist of their best songs:

Like Loading...
‹ What If Bowie Had Written Novels Instead of Songs?
An Alternative best of Stevie Ray Vaughan  ›

“There’s old wave, there’s new wave, and there’s David Bowie”. I hope the PR team at RCA got a pay rise after coming up with that one. (On the reverse of the 1977 “Beauty and the Beast” single)
Tim Wheeler of Ash playing at Rough Trade East tonight, celebrating 25 years with a new compilation LP
I once saw Andrew Weatherall talk at a panel and he was so funny, bright and entertaining. I’m sure he will be as much missed for his character as his (wonderful) music
Among other things, I picked up a couple of Crowded House LPs at the Audiojumble today. Fab stuff. Here’s hoping that Glastonbury-sized hole in their touring schedule is just what it appears... #nowplaying #crowdedhouse
Received this splendid Valentine’s gift today. “This is a box. A musical box...” ...which plays the opening lines to Richard Hawley’s Cole’s Corner.
Was delighted to find a copy of this Iggy Pop single, with “Success” on the b-side - two brilliant songs. Even more so when I added it to Discogs. Blimey, the prices!