When Rock Got Real: $hake Your Money Maker… 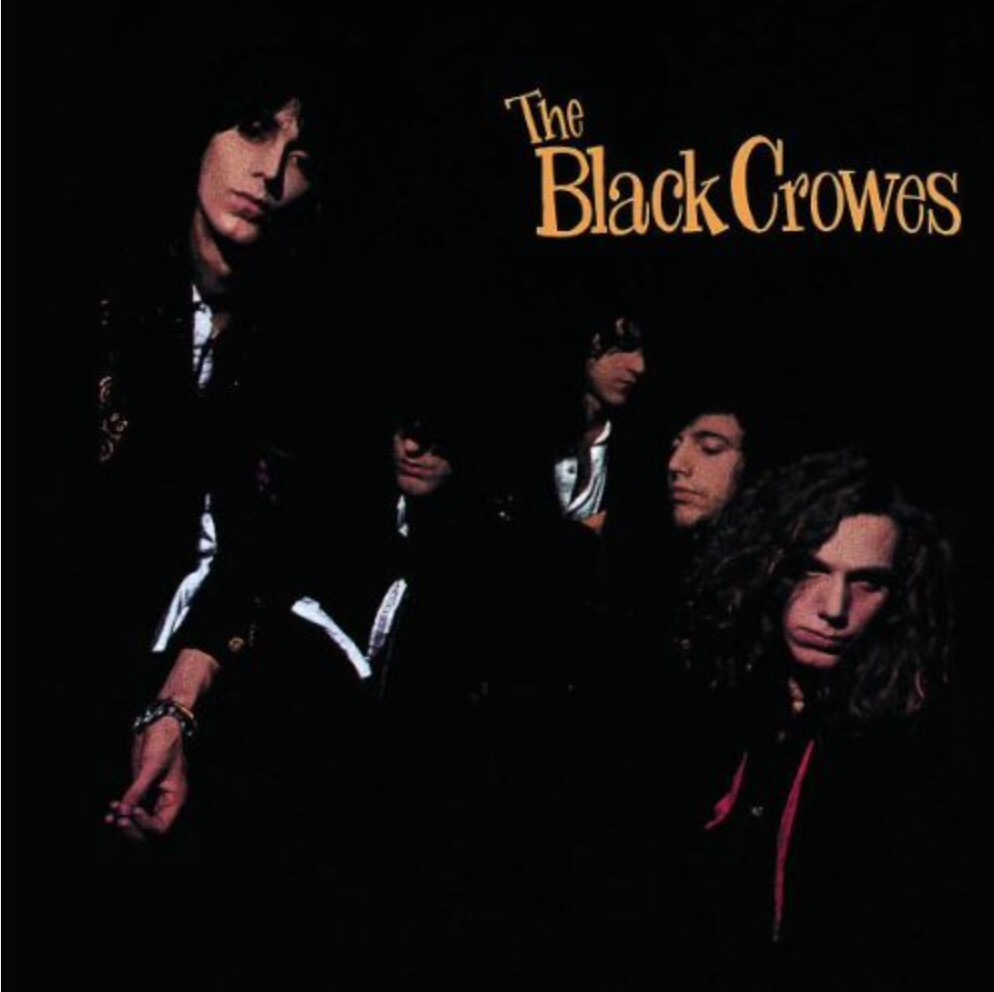 In 1990 rock music was having what football commentators euphemistically call “a transitional season”.

You know, “Chelsea are one point off relegation and have sacked their manager, they’re having a transitional season…”

We were still a year away from Metallica’s Black Album, Nirvana’s “Nevermind” and a follow up to Guns ‘n’ Roses’ debut LP.

In the UK, Phil Collins, Michael Bolton, the three tenors and George Michael had the best selling albums outside of a swathe of “Greatest Hits” collections from Madonna and Elton John. In the US, Paula Abdul, MC Hammer and Vanilla Ice dominated.

It was almost as if we were all too busy watching the Cold War end to worry about quality control in the music charts.

The year before, Madonna had courted controversy in a Pepsi advert whilst 1990 would see New Kids on the Block be the latest in a long line of musical acts to sell fizzy drinks, an act which enraged Billy Joel to the point where he couldn’t take it any more. He’s a sensitive soul, bless him.

Out of the midst of the glossy gated-drums and sheen of 1990 studio production came an album from a new band that eschewed studio tricks in favour of a back-to-basics approach. In the next six years this band would go on to make five albums of superb quality that straddled the pre-grunge to Britpop period. They would release only four of them, but all four remain much loved by their followers and have a timeless quality to them.

This is not necessarily something that people say about other 1990 releases. Michael Bolton’s “Soul Provider”, “Please Hammer, Don’t Hurt ‘Em” and Paula Abdul’s “Forever Your Girl” are infrequently collectively referred to as “timeless classics”.

That band came from Marietta, Georgia and after flirting with the name “Mr Crowe’s Garden”, eventually settled on the less poncy “The Black Crowes”. Their debut album was a rough and ready effort that sold millions.

The follow up, recorded in just eight days showed an unexpected maturity.

The fact is, there are songs on that second album, “The Southern Harmony and Musical Companion” that would have made “Sticky Fingers” and “Let It Bleed” better albums.

The third album was scrapped, the fourth, “Amorica” took a year in the studio and nearly broke up the band, whilst being perhaps the Crowes’ lasting masterpiece.

Because the albums were all made in the early nineties – when vinyl was being replaced by CDs – all of the albums were printed in increasingly limited runs and are now pretty scarce. Indeed “Three Snakes and One Charm” was only released as a set of 7″ singles, which means a lot of getting up from your chair to turn the records over.

It would cost you, on average, £175, and possibly a back injury, to buy and listen to all four albums on vinyl in the second hand market. If you can find them.

So it is good news that all four albums have just been remastered and re-released on vinyl for the first time since they were first released. 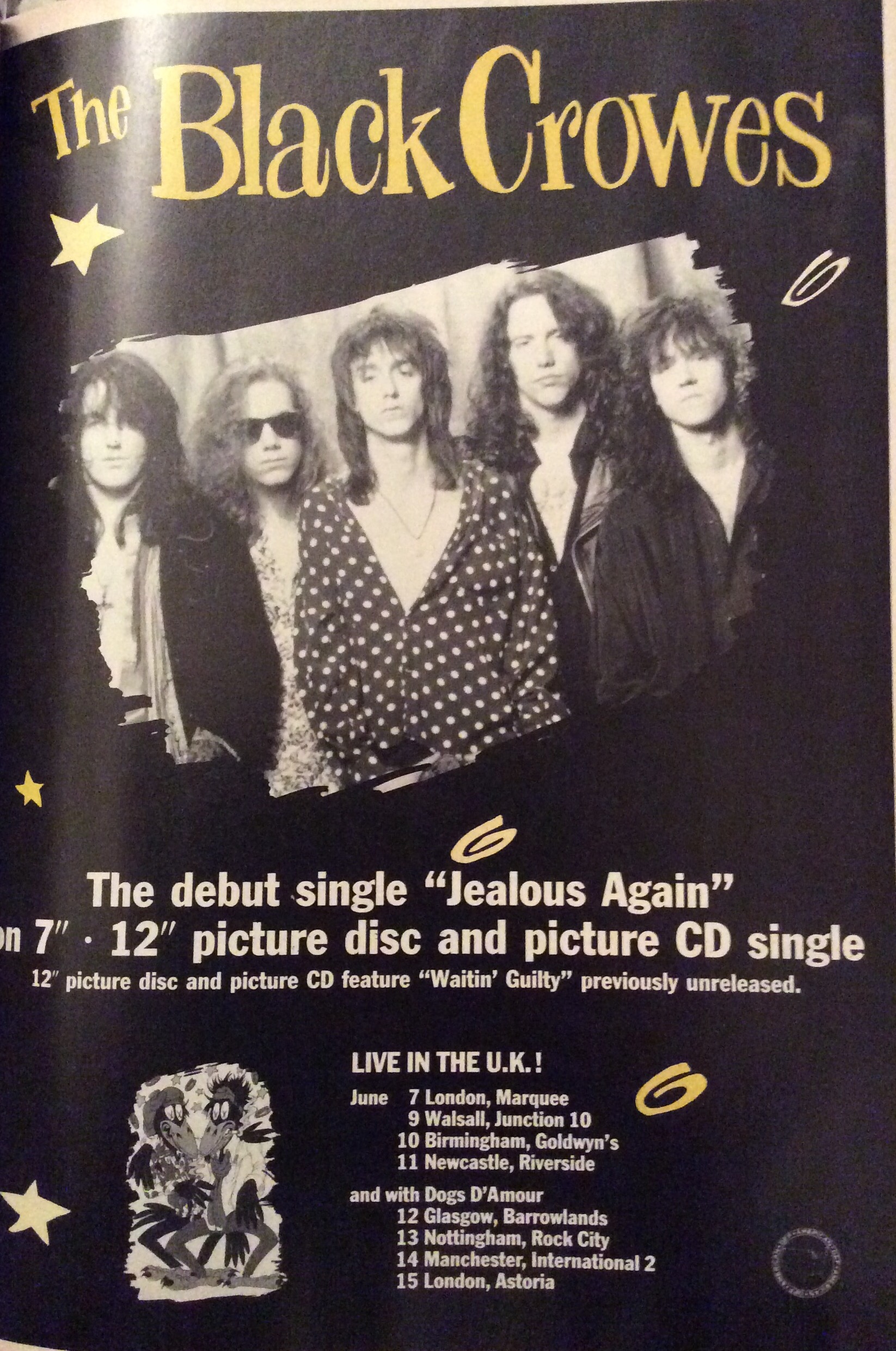 Here’s the story of how The Black Crowes rebelled against glossy production values and selling drinks in cans, and lived to tell the tale…

Chris and his younger brother Rich Robinson grew up in the American South. Their dad Stan used to play guitar, and had a folk band called the Appalachians. He had a few songs in the Top 40, including 1959’s “Boom-a-Dip-Dip” for one, which I suspect tells you all you need to know about the hit parade in 1959, in the same way that “Boom-Clap” tells you all about the charts in 2014, or indeed, let’s face it, any year.

The family grew up on folk and bluegrass music. Their mum was from Nashville, and used to sing old folk and country songs.

Chris Robinson worked as a bartender, a bus boy and construction worker (“the construction job only lasted a day”).

But music was in Chris’ blood: “The first acts I ever got into we’re Sly and the Family Stone and Joe Cocker. This was the sort of stuff my parents listened to. From there I learnt all about Muddy Waters and the legendary blues greats. People like that amazing blues guy Robert Johnson really acted as an inspiration to me.”

So when The Black Crowes made their debut album “$hake Your Moneymaker” with a $5,000 advance, they weren’t looking to shift units or kowtow to the industry.

“What you hear on Shake isn’t the culmination of making business decisions” said Chris Robinson in a 1990 interview with Raw Magazine. “It’s simply an honest attempt to present this band in the best possible light…..it excites us. ”

Although the band arose during those heady hair metal filled days, they were keen to disassociate themselves from the herd.

“I can’t relate to those bands who are happy to base their careers on Motley Crue / Poison influences. How can others….base themselves on something only a couple of years old? My life is rock n roll and that goes back to Robert Johnson in the thirties!”

“There are many bands from LA who don’t even play on their own records! How can you walk around like a rock star when you’re not even allowed to play on your own album?! How can anyone have such low self esteem as to allow another musician to play for you? How can you live with yourself knowing in your heart you were drinking coffee when another guitarist was doing a solo in your name?

As for suggestions that they sounded a little “retro”?

The Black Crowes’ reputation for straight talking was enhanced after they were thrown off a support slot with ZZ Top two weeks in to a three month tour by the sponsor, a beer company.

Chris Robinson would say every night to the audience as he opened the show, “This is brought to you commercial-free”. The sponsorship contract may have been between ZZ Top and Miller. But Miller took exception to the upstart support band and, according to Robinson, threw The Crowes off the tour in that most eighties / Phil-Collins-approved ways.

Soon after, single “She Talks To Angels” became a number 30 US hit and the album took off, going five times platinum.

Although the debut album, and its singles, including a blistering cover of Otis Redding’s “Hard To Handle” cemented The Black Crowes’ reputation, it is the three (or is it four?) follow up albums with new guitarist Marc Ford that are what made the band special, something we’ll look at another time…

12 responses to “When Rock Got Real: $hake Your Money Maker…”