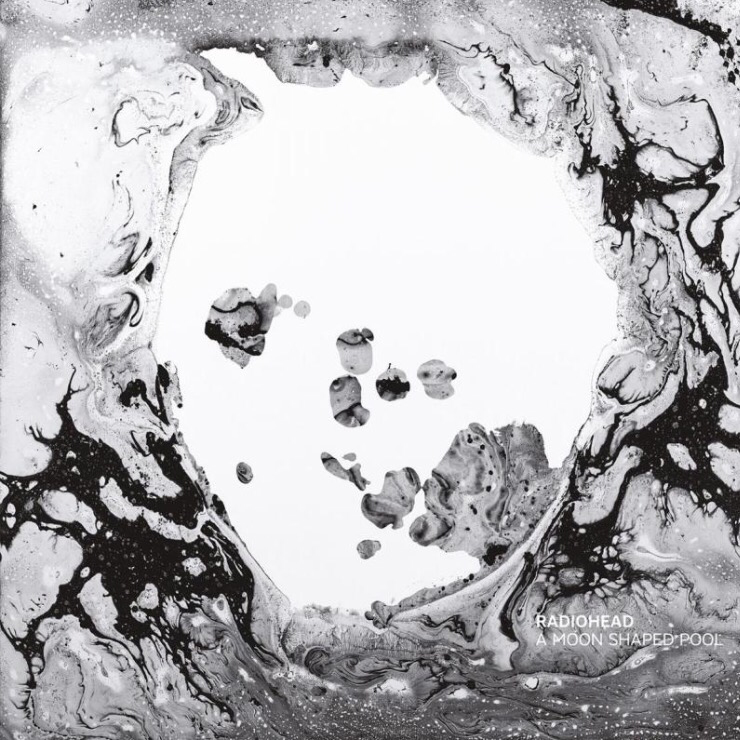 As Radiohead releases their new album, “A Moon Shaped Pool”, Every Record Tells A Story seeks to provide a public service.

We shouldn’t mock, but there are readers out there who aren’t as technically savvy as everybody else. Not everyone is proficient with technology. Some people don’t know their MP3s from their er, woofers and tweeters, so the following post is for these people.

Guessing which distribution channel Radiohead will use for new album releases is almost as much fun as wondering whether the album will be as underwhelming as King of Limbs (are we allowed to say that yet?). Will it be printed on typewriter ribbons, dropped from a hot air balloon or crop sprayer, disseminated via carrier pigeon or something really old fashioned like…..a CD?

It could be worse…

The main reason I have yet to hear Thom Yorke’s last solo album is because he announced it would be released via bit torrent.

“That’s me out, then” I thought to myself, thinking back to the hours I spent a decade or more ago trying to illegally download a Red Hot Chilli Peppers album using one of those dodgy sites.

I don’t know which was worse: the hours I spent swearing at the screen trying to get the damn thing to work or the sudden realisation that I was trying to download a Red Hot Chilli Peppers album.

With the Thom Yorke album I just pictured me sitting up at 3am on a Sunday night having started to download the thing at 9 o’clock the previous Thursday, only to succeed and hear Yorke’s despondent whimpering amidst a series of robotic bleeps. It wasn’t going to cheer me up after the trauma of downloading something from a torrent. Hell, I’m not sure a video of Taylor Swift holding a fluffy kitten singing Pharrell’s “Happy” would be enough to instantly wake me from that particular hell. They should include a Samaritans phone number with every download, just in case.

Back to “A Moon Shaped Pool”…

There are a number of choices for the Radiohead fan. There’s the regular CD, two types of download, a Regular vinyl LP, an Indie Record Shop only £20 album*, and the deluxe beautifully packaged version.

That was my first mistake. A material over-estimation of my abilities. I rather cockily thought I would go for the lossless .WAV file download. Hear it in the best possible quality.

I’ll be honest, it took me quite a while, so rather than have you go through the same stress that I went through, I thought I would take you through what to do to get your instant download:

2. When nothing happens, click again, thinking it just hasn’t worked, in that time honoured way that people do when they order the same thing from Amazon twice.

5. Look for the file in your iPad, even though you don’t really know how.

6. Open the Music app. See that the album isn’t there.

7. Download and open a WinZip app. See there’s nothing there either.

8. Google how to sync files.

10. Dig out your laptop, which runs on a version of Windows so outdated that when you open the browser it tells you Chrome isn’t supported anymore. Cat immediately sits on laptop keyboard. Push cat off the laptop.

11. Think about updating the operating system then remember you need to listen to the Radiohead album at some point this week. Make mental note to upgrade to Windows 10 when you get some spare time (i.e. never)

12. Download Dropbox to your PC. Push cat off laptop.

17. Go to your email mailbox and see there is a link. Click link.

21. Go to your phone and install Dropbox onto that.

23. Wait for the files to appear on Dropbox. You can now play the files.

24. But wait, they stop playing when the screen locks. The tracks still don’t appear in the Music App.

26. Realise a .WAV file player for iPhone might cost £12.99 to download, which is more than the downloaded album. Decide to play via iTunes.

27. Open iTunes and add downloaded files to iTunes. Try to sync iPhone to iTunes but computer tells you your version of iTunes is out of date.

28. Download update to iTunes. Pour drink of choice whilst this happens.

29. Computer tells you your version of Windows is too old to support this version of iTunes. Swear at computer.

34. Realise the album artwork isn’t there,and you need to rename all the files to reflect the artist and album name.

37. Breathe sigh of relief. Realise it is 3am and you have work in the morning.

39. Oversleep, wake up in panic, rush out of house to catch train.

40. At the station, realise you have left iPod at home.

41. Swear loudly, attracting attention of several passers by, some of whom cross the street.

42. Download OK Computer to Spotify on your phone and play that on the way to work….

And they say vinyl is inconvenient… 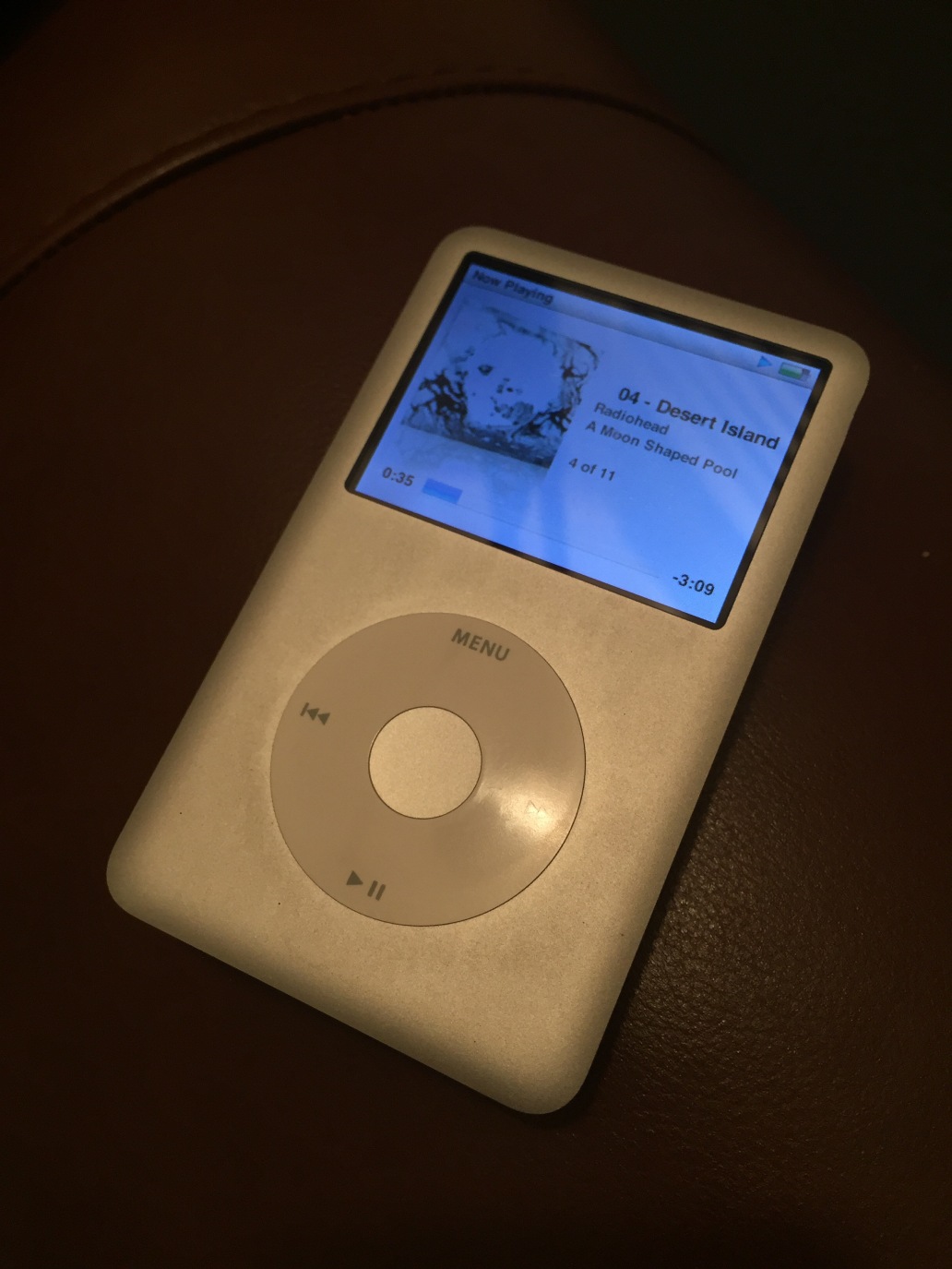 Finally, I see that the deluxe version includes some tape from one of their recording sessions. Not sure you’d be able to play it, but it would be fascinating to try – you could have a snippet from Kid A, or In Rainbows perhaps?

I’m sure someone will find a way, but forgive me if I don’t spend a lot of time solving that particular problem: I’m a bit busy trying to download the album…

(P.S. on first listen the album is terrific, especially Burn The Witch, Ful Stop and The Numbers)

Like Loading...
‹ Not Good Enough or Not Pretty Enough? Why David Coverdale Sacked His Band…
Iggy Pop Live at the Royal Albert Hall: Review of Pop’s Last Stand ›