Neil Young and his Original Special One: Danny Whitten 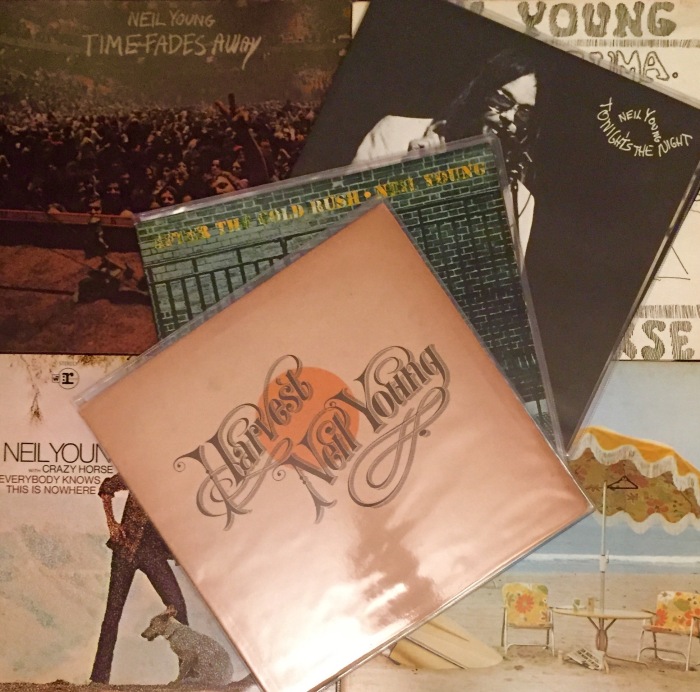 (In anticipation of Neil Young’s show at The O2 Arena on Saturday, I thought I would share a slightly altered version of the liner notes I wrote for the Neil Young DIY Box Set earlier in the year, which has previously only been read by the buyer of that box set.

Here’s the first of two parts, with this article charting the rise of Neil Young: before he headed for the ditch…)

It’s March 1968. Eric Clapton is in a police cell, butt-naked, save for a pair of pink cowboy boots, retained only at the insistence of some affronted police.

Stephen Stills, Neil Young and most of Stills and Young’s band, Buffalo Springfield, are with him. They’ve all been busted for playing their music too loud at Stephen Stills’ house in Topanga Canyon with drugs found on the premises.

Buffalo Springfield splits up just two months later. Stephen Stills joins up with Graham Nash of The Hollies and David Crosby, formerly of The Byrds, and, eschewing the chance to form a decently named law firm, Crosby Stills and Nash score a hugely successful hit album. Young is not so lucky. In December 1968 Young releases a solo studio album backed by session musicians that flops by comparison.

It takes until March 1972 – another three years of hard slog – for Young to claw his way to the top. With three solo albums and a team up with Crosby Stills and Nash under his belt, Neil Young achieves his dream. He’s Number One in the singles charts in America with solo hit “Heart of Gold”, and soon his fourth album, “Harvest” will top the album charts.

How do you celebrate a number one single? Nowadays it’s a call with a Radio One DJ followed by appearances on Breakfast TV. But back in 1972 they do things with more style.

Young invites Graham Nash over to the ranch to hear the forthcoming album Harvest, taking him across a lake to an island on his ranch.

Young has fame, money, a 140 acre, $340,000 ranch and, as befits a rock star with a small fortune, the world’s biggest stereo system that he is keen to show off to Nash.

Young has converted his house and a barn into the world’s biggest boom box.

Each building contains huge speakers which blast the album across the water to the two men. Concerned about the balance in the “speakers”, Young shouts out the immortal line “More barn!”

How Young reached this position is one story, but what happened next is perhaps more extraordinary, as Young seemingly sabotaged his career. Or as he put it, Heart of Gold “put me in the middle of the road. Traveling there soon became a bore so I headed for the ditch.”

Why did Young veer off the middle of the road?

Let’s do the quickest possible recap of the early years:

Pertinent Fact Number One: September 1964: Ontario-based Young drops out of college and pursues a musical career. His first touring van was a hearse purchased for $150, which he christens, appropriately enough, Mort.

Pertinent Fact Number Three: In late 1965 Young moves to California to become a rock star. He looks randomly for Stills, aiming to team up but can’t find him. Luckily, Young is still driving a hearse. Stills spots the hearse – with Ontario plates – in traffic, thinks “only Neil Young would be daft enough to drive a hearse around town” and they meet up, forming Buffalo Springfield.

Pertinent Fact Number Four: In January 1967 a hit single (“For What It’s Worth”) gives Young a taste of success, but he quits the band just before they are due to play the Johnny Carson Show, as Young wants Mr Soul to be the next single and he is frustrated by his lack of control.

To recap, Neil Young is 22 years old, and his band has reached a dead-end after a brief taste of the good life. Young’s first solo albums fail to set the world alight and his former band mate, Stephen Stills is now a multi-million selling rock star.

It’s not exactly going to plan.

However it’s time to leave Neil Young to think long and hard about what he’s done, because the Ditch Trilogy isn’t so much about Neil Young as it is about Neil’s band, Crazy Horse, and in particular, guitarist Danny Whitten.

As Young himself put it, “Every musician has one guy in the planet that he can play with better than anyone else. You only get one guy. My guy was Danny Whitten”.

That’s quite a statement, and it explains much about what happened next.

Danny Whitten, Ralph Molina and Billy Talbot had all met in California in August 1963. Danny was a dancer, and they formed a vocal a capella group called Danny and the Memories, singing amongst other things, Jerome Kern show tunes. They even cut a disc, albeit it failed to set the charts alight.

Whilst stardom eluded them, to make ends meet they would earn money by entering Danny into dance contests.

In true Hard Days Night fashion they all moved in next door to each other.

Then they saw The Byrds in concert at a club called Mothers in North Beach. It was a seminal moment. Stunned by what they had seen, there and then they dropped the vocal group idea and all decided to learn instruments.

Their approach was a little unorthodox.

Molina didn’t have a drum kit, so found some spaghetti strainers to tap out rudimentary rhythms on cardboard boxes and phone books. Whitten locked himself in a basement for six months and came out a guitar player. Talbot meanwhile bought a bass, albeit learning how to play it was yet to become a priority.

The three joined a few other, more accomplished musicians and formed a band with three guitars, bass, drums and electric violin. They called themselves The Rockets. They would jam in Billy Talbot’s house on a sharp bend on Laurel Canyon Boulevard. If you happened to be stuck in traffic around that time you might have been treated to some of their ear-splitting jams.

They sound like awful people to have living next door for most people. Even the most ardent rock fan would surely tire of it all after a while. If it had been 2016 rather than 1965, there would have been reality TV shows made about them: “Keeping Up With The Rockets”, “Extreme Makeover: Hippy Neighbours From Hell Edition” or perhaps simply “What Not To Snort”.

The Rockets met Neil Young whilst the latter was still in Buffalo Springfield but it wasn’t until March 1968 when The Rockets had released an album that they played in Topanga Canyon and Young picked up on them. In August of that year Young sat in on a show at The Whisky which went so well that by the end of the year Young had persuaded Talbot, Whitten and Molino to join him for an album and tour as Crazy Horse, and in January and March of 1969 Everybody Knows This Is Nowhere was recorded and in the can.

What was it about Crazy Horse? They weren’t the greatest musicians. But compare Young’s debut with the follow up. The first is polite and restrained. Everybody Knows… is slow, heavy and ragged. There was nothing else like it.

Neil Young had found his band.

But rather than moving to a swift and happy ending with Crazy Horse, Stephen Stills came knocking. CS&N needed to go on tour, but despite all his talents, Stills couldn’t play three instruments at once, and he invited Young to join them on tour. With a broken up band and two solo albums not selling so well behind him, Young joined up, on condition he could be a “Y” in CSN&Y.

The rest is history. By August 1969 they were playing shows together.

A Crosby Stills Nash and Young album, Deja Vu, was released in March 1970 and sold millions. The money rolled in and Young’s solo albums began to sell also.

But despite the success with CSN&Y, Young had unfinished business with his special one: Danny Whitten. He returned to play shows with Crazy Horse.

But whilst Young had been away, Whitten had found heroin.

After nodding off onstage at The Fillmore Whitten’s drug problem began to attract attention.

Falling asleep onstage during a gig is liable to do that.

Once the tour had finished, Young fired the band. A song “The Needle and the Damage Done” would record his thoughts for a future album.

Young made another solo album, “After The Gold Rush”. Whitten was replaced by teenager Nils Lofgren whilst he tried to sort himself out. Flush with the higher profile given to him by his role in CSNY, the album was a hit. Another CSN&Y tour and an appearance at Woodstock cemented Young’s place as Rock Royalty, and paved the way for the blockbuster album Harvest.

Which takes us to the start of this piece and Young’s showing off in front of Nash with the world’s biggest stereo.

Find out next time…

* We know Noel Gallagher knew this because he has a quote on the back cover of the book that contains this fact. Is it possible that Noel might have brazenly stolen the name? It’s not like he is one to filch ideas from classic rock bands after all…. Draw your own conclusions…

Like Loading...
‹ AC/DC Live at The Olympic Stadium, London: Axl/DC On Song
Neil Young Live at The O2 Arena: A Journey Through The Past ›

Behold! My gurning face, surrounded by the lovely hosts of Podrophenia on Ship Full of Bombs, Ian Pile, Dave Collins plus producer Ian Pope. Great fun doing the show, which is now on Podbean
I caught this T-shirt from a canon fired by either Geddy, Alex or Neil on Rush’s S&L tour. I’ll be wearing it in honour of Neil Peart tomorrow. Heavy rock may just have lost its GOAT.
Just got under the bonnet of this - the belt had slipped off, so a quick adjustment and dusting & all works! The Cassette Revival awaits! (It doesn’t really. I still maintain tapes are a bit rubbish. But...the shiny lights / VUs are cool!)
Found this original pressing today at a record shop just down the road I hadn’t been to before. Haven’t seen an original copy before, and it it is great condition. #nowplaying De La Soul’s 3 Feet High and Rising #delasoul #3feethighandrising
A little jaded for some reason this morning (can’t think why. Maybe the cheese I had last night? Can’t be the champagne...), so having a quiet morning, listening to Goffin & King, and making decent progress with this lovely book (my fourth time of reading) Happy New Year everyone. x
Santa has decided I need to get with the kids and take part in the #cassetterevival. My hipster creds are getting ever stronger.