Home › Music › Secondary Ticketing’s Epic Fail: Why You Are Better Off Buying From Ticket Touts

Secondary Ticketing’s Epic Fail: Why You Are Better Off Buying From Ticket Touts 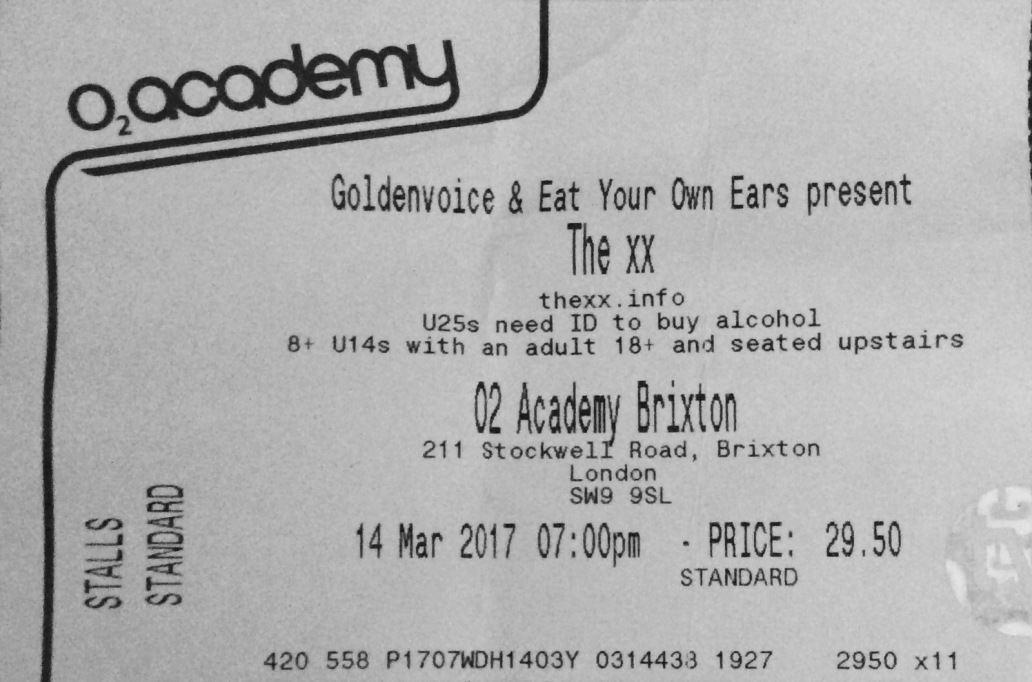 You have to hand it to the likes of Viagogo and Stub Hub. For years people have complained at rip off ticket prices from ticket touts. Here was a market that the corporates could clean up: make more reputable and fairer. And yet they’ve actually made things worse.

That takes some doing. It’s the equivalent of if, instead of helping the children of Calcutta, Mother Theresa had set up a franchise of Fortnum and Mason.

Buying gig tickets from a ticket tout outside a venue has always been one of life’s edgier experiences, similar in that respect to talking to a builder when he comes round to quote for an extension.

Like traffic wardens, lawyers and estate agents, ticket touting is a line of work that is often frowned upon. One always suspects that touts deal in drugs as a more reputable sideline, and at dinner parties confess to being pimps or murderers before admitting they spend their working life hissing “buy or sell, any tickets” to busy commuters outside tube stations.

It’s the sheer pluck of saying to someone “I have something worth thirty quid, but because you can’t otherwise get it, and I beat you to it and bought it even though I don’t actually want it, you have to pay me double.”

It’s an abuse of power that is thankfully uncommon. Imagine if you went to an undertaker and they said “well, although the price for burying a loved one is normally £500, because you’ve left it to the last minute and the body will start to smell soon, I’m going to charge you a thousand.”

(NB. Even the world’s most unpleasant undertaker is prevented from doing such things because of regulation: if ethics wasn’t a big enough incentive).

Things got worse in ticketing when the internet happened.

Secondary ticket sites sprung up, (The four main sites are Viagogo, based in Switzerland, StubHub (owned by eBay) and GetMeIn and Seatwave (both owned by Live Nation/Ticketmaster, the most dominant “primary” ticket seller). They advertised themselves as “convenient” and “driven by market forces”. But it transpired concert promoters were allowing tickets to be bought by secondary ticket sites either directly – bypassing the public completely – or in organised purchases by secondary site employees, as revealed in Channel Four’s Dispatches programme five years ago.

The benefits to the promoter of secondary ticket sites are obvious. A promoter takes a financial risk by promising to sell a certain number of tickets on behalf of a band at a certain price, and bids against other promoters to win the right to promote a concert. The highest overall takings promised by the competing promoters should, all things being equal, win. If a promoter can have a block of tickets bulk purchased or underwritten (either agreed in advance or after the tickets go on sale) by a secondary ticket agent, their bid is de-risked as they have fewer tickets to sell to the public. It may even allow them to price regular tickets at a higher face value as their risk is lower.

A big win for the promoter, then. But is it treating the public fairly?

If large quantities of tickets are not first released to the public before “secondary” sellers have them, the remaining tickets become more scarce and fewer people get to buy them at face value. There is therefore greater demand for the remaining, more expensive, tickets. That is market manipulation – and not a level playing field.

It’s not just online behemoths that have gained at the expense of the public. Ticket touts themselves have benefited. Their trade is legitimised, and in comparison they appear a more reliable, cheaper, and less dodgy / risky way of buying tickets.

How did this happen? Ticket touts used to be arrested. It was illegal to on-sell Olympic tickets in London 2012…

Here’s a real life example of the current situation:

A friend from abroad visited the UK and we arranged to go out with a week’s notice. We thought we’d go to see The xx at Brixton Academy. As it was sold out we thought we would try a secondary site.

What was the worst that could happen?

The first port of call was the fan to fan ticket exchange called Twickets, as recommended by the band. This was excellent – promising no profiteering – just an admin fee of 10% – £7 in total for two tickets. This is how secondary ticketing should work. Unfortunately, although a great platform, on this occasion Twickets didn’t have many tickets, and those that did come up were snapped up very quickly.

As I looked at the site, the graphics immediately told me tickets were in “high demand” and that 50 people were also looking at the tickets.

After a while it showed me the tickets at £49, revealing at this stage that the face value was £30. I could press a button to “join a queue” for the tickets. It then told me there were five people ahead of me in the queue.

I then had to wait whilst a “buffering” animation instilled a sense of despair in me.

The site then told me that while I was waiting, some tickets elsewhere had been purchased.

Moments later I was told I could then buy the tickets for £49 each.

The count down began. Ten minutes. I had to enter all my details. My blood pressure rose…

Then credit card details had to be added. My face turned redder and redder. Veins started to throb in my forehead.

After this, I could then enter another queue, with someone else mysteriously having stepped ahead of me. What? How? A nurse came over to check if I was alright.

Only now, after scrolling down and reading an endorsement from a satisfied customer did I discover the >£40 charge that Viagogo were charging on top of the mark up by way of their fees for the tickets.

I wasn’t paying that.

I let the tickets go.

And the funny thing was, they were still there the next day.

How could that be? All that queueing, the theatre of panic: could it really all have been nonsense? Was it simply designed to instil urgency until the fees were disclosed at the end?

Erm, I suspect so. A clever technique. A cunning trick.

It’s also, based on that example, fake.

Oh sure, there might be 50 people looking at *something* on the site – but it couldn’t have been my tickets. Not in a “queueing-to-buy-them-if-you-don’t” kind of way, which is what was implied. The tickets were still there the next day. Unless 50 people decided the same thing I did – that the fees alone – at 67% of the face value of the ticket – were at Pay Day Loan levels of outrageousness. Let alone the 60% mark up from the seller!

Oh, and the same routine of countdowns, warnings that people are after the same tickets as you happens every time you try to book tickets from that site (I experimented afterwards). It’s very slick. It is apparently (it must be, right?) legal.

But if the implication is that the tickets are about to be bought when that isn’t the case, it’s also misleading the buyer.

Having spurned Viagogo as I would a rabid dog, I thought I would try Get Me In. You know, the one owned by Ticketmaster and LiveNation. That’s a company that sells primary tickets direct from theatres / promoters. So no conflict of interest there then. There’s no way that Ticketmaster might prefer to maximise the number of tickets it sells through secondary sources because those are more profitable.

Get Me In were both cheaper and more up front than Viagogo. But that’s not saying much. The tickets cost roughly the same (£49.50) but fees were £28 – a £10 delivery fee (presumably being walked around by Royal equerry) and a £18 gouge the punter fee  “Processing” fee.

That wasn’t cheap, but we went for it.

Four days before the event I received an email saying the person selling the ticket didn’t actually have it to sell to me, and I was entitled to a refund, which I would receive within 14 days.

So although I thought I had a contract to buy the tickets, and had paid money across, it seems the contract wasn’t worth very much. None of the “certainty” I thought using a secondary site might give me.

So what exactly was I paying those exorbitant fees for, then?

So we decided it would be less hassle, easier, cheaper and more reliable to go direct to the ticket touts themselves.

I met my friend Chris at Brixton station to find him already in conversation with one of the drug dealers  ticket touts outside.

There was a lovely moment when, after trying to haggle down from £60 a ticket to £50, my friend asked the tout if the tickets were fake.

Because if a ticket tout was selling forgeries, he’d crumble under that ferocious line of questioning….

The tout shrugged, showed us the hologram and said “If I can forge that, I’d be a millionaire”…

But do you know what?

We bought the tickets. They weren’t forgeries. We got in. It’s still a daft price, but, well, it was my mate over from the Far East, and he’s a big fan.

And the real kicker?

The tickets were easier to buy from a tout than on a secondary site. It took seconds.

The tickets were cheaper than on a secondary site. By the time Get Me In had told us they had failed, the best alternative was Viagogo, whose cheapest ticket was then £86.40 including fees. By this time not only were their fees alone 67% of the face value of the ticket, the tickets were 44% more expensive than the touts, and 288% of face value.

What’s interesting is that these sites also take a fee from the seller as well as the buyer. In order not to lose money, the seller has to sell at more than 10% (plus VAT) above the face value of the ticket just to break even – inflating the price even more.

So to summarise then…