Home › Indie › New Sounds From This Is The Kit: at Rough Trade East

New Sounds From This Is The Kit: at Rough Trade East 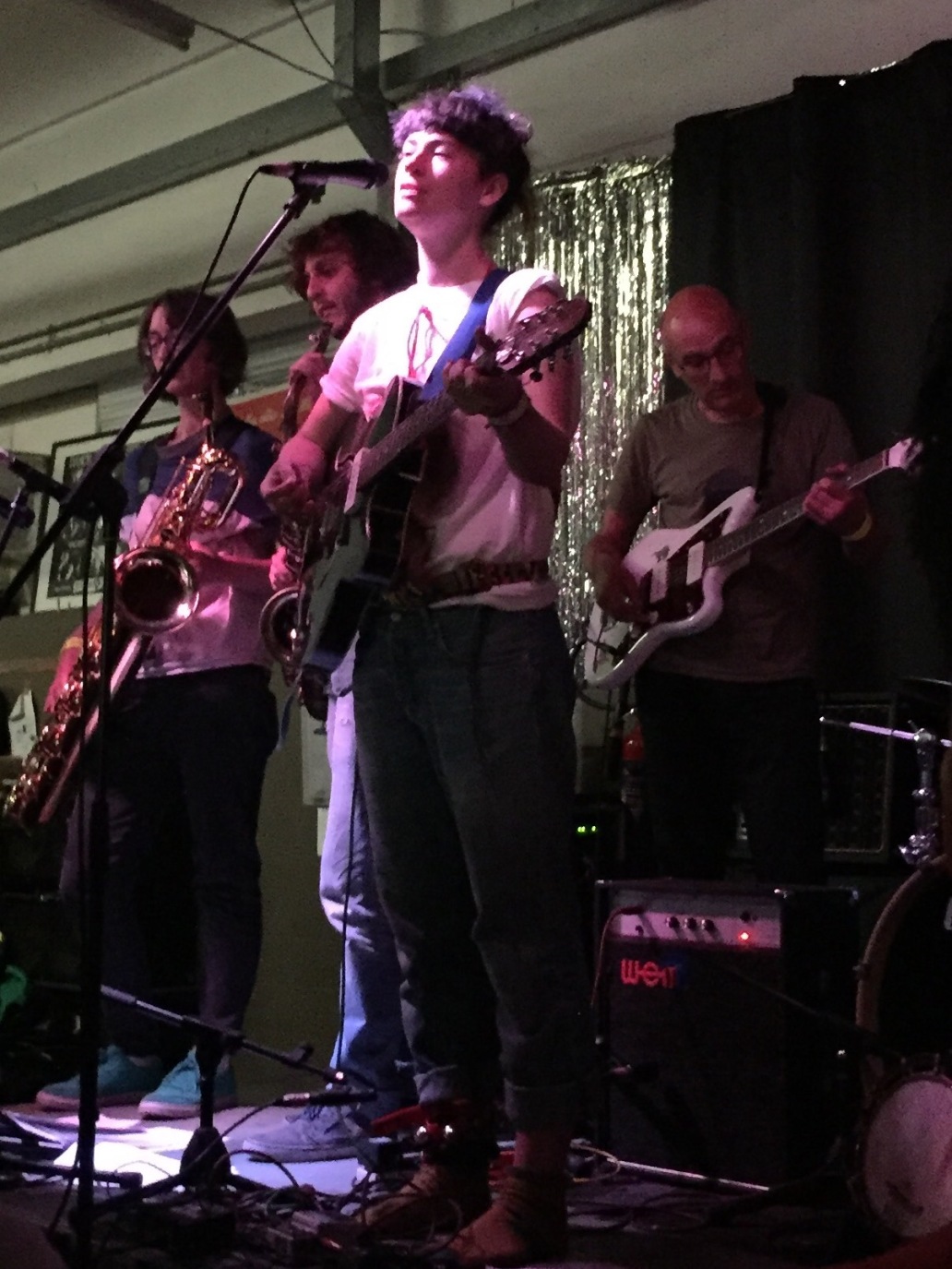 There are many things to like about This Is The Kit.
There’s the relaxed and easy way singer and songwriter Kate Stables has with the audience and her band members, typified by the way she walks onstage in a Jeremy Corbyn t-shirt, slips off her shoes, and stands there in her fawn socks, whilst wrapping a belt around her waist for her banjo.

There’s the marketing: early copies of the new album came not just in red vinyl but also with a free “This Is The Kit” tea towel, the likes of which is surely the future of merchandise. What next? A Father John Misty food-mixer?

Stables also has an endearing way of standing on tip toes to reach the microphone when she sings, like she has to raise herself a little upwards to reach those higher notes.

There’s also the crack band she has assembled around her. Gentle harmonies and shuffling drums disguising some complex rhythms and guitar work.

But most of all, it’s That Voice, and Those Songs.

“Bullet Proof” is a gorgeous, vulnerable melody, all picked banjo notes and drums over which is a beguilingly uncomplicated soaring vocal. In contrast to that simplicity is “Hotter Colder” with a complex guitar pattern from guitarist Neil Smith and time signature from drummer Jamie Whitby-Coles, a song which also allows the horns of Melanie Wickham and Lorenzo Prati to fly free.

Other highlights include “Cold and Got Colder” from 2015’s Bashed Out album, “By My Demon Eye”, the first of a handful of new songs, the descending vocal acrobatics of “Solid Grease” and the catchiest of catchy singles and title track of the new LP “Moonshine Freeze”, which you may have found lingering long in your head if you listen to the right sort of radio stations.

This is the end of a busy week for Stables and crew – as she put it this was the last show of a “sporty” promotional “assault course”.

Stables may yet have to get used to such things. The new album is excellent – one of the best of 2017 – and This Is The Kit has a show in September at London’s Shepherd’s Bush Empire, amongst other venues. I think they’ll go down a storm.

Not only is the new album increasingly hooking into the consciousness, “Moonshine Freeze” (the song) is an instant classic. Never mind This Is The Kit – surely a case of “This is the Hit” if there was any justice.

But it’s not just about the new songs. The large in-store crowd leaves Rough Trade East hugely impressed not just by the latest material but by the players in the band, that likeability factor, and also by the sprinkling of older tunes. We are left wanting to check out the rest of the Kit back catalogue…

Surely a Mercury Prize nomination is only a matter of time? Four albums in, 2017 may just be This Is The Kit’s year.