Gentrification. “The process of renovating and improving something so that it conforms to middle-class taste”. Or “the process of making a person or activity more refined or polite”.

Last night, the thankfully ungentrified Ty Segall and his ungentrified band played the equally ungentrified Elephant and Castle, at The Coronet, a South London Art Deco-styled venue that has housed a young Charlie Chaplin and has sheltered locals during German air raids. 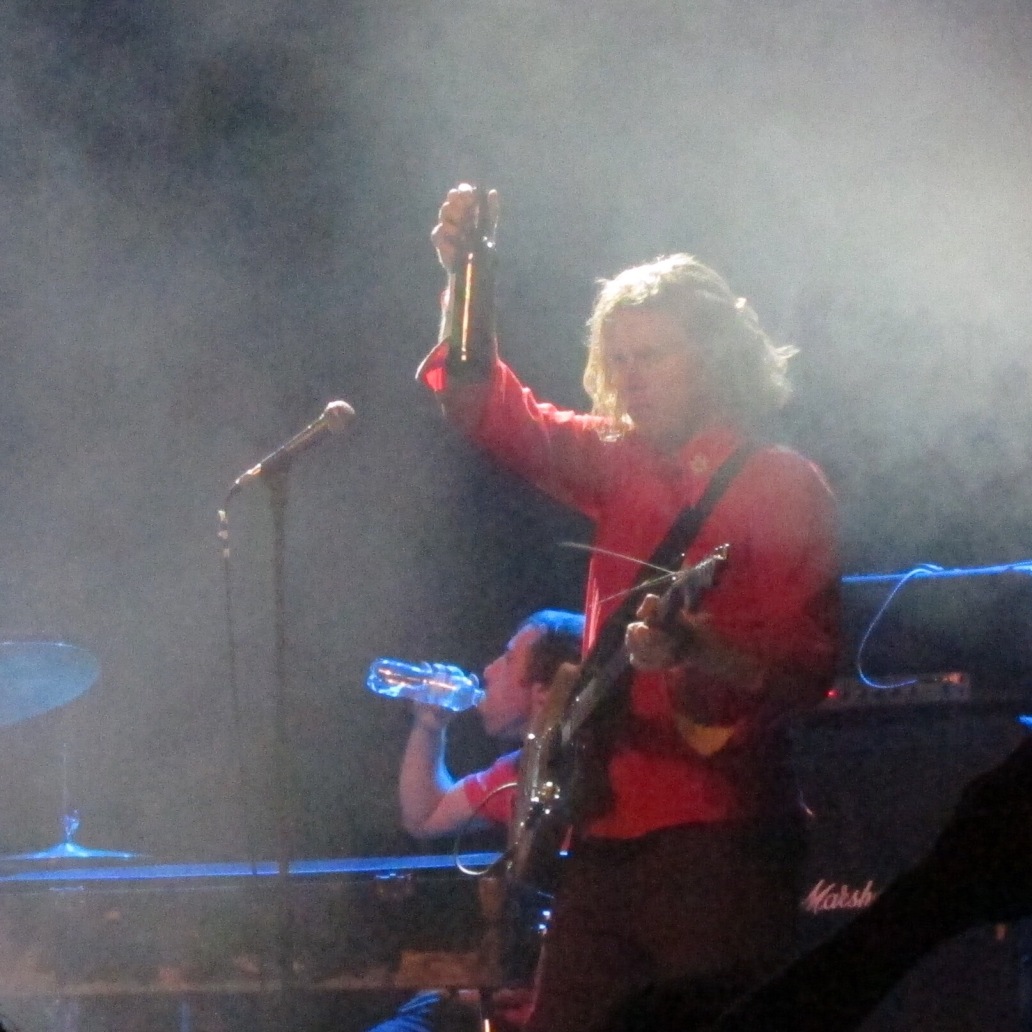 The atmosphere at The Coronet is heavy, muggy and pungent with smoke (electrical storms follow later). Outside the venue queues form around the block to see this 30 year old Californian garage rocker whose latest music may not be available on streaming services but who is still capable of attracting an impressively large crowd.  2,000 excited punters have braved an area of South London with a more intimidating than average reputation just to be here. Inside the venue the atmosphere is suitably charged.

This is a Friday night crowd. As Segall opens with “Break A Guitar” the Coronet erupts. Twenty five rows back it’s still bedlam. Drinks are thrown, then clothing. Crowds are surfed, pits are moshed, heads are banged.

The Coronet possibly hasn’t seen anything like it since its days as a cinema in ’56, when a screening of Bill Haley and The Comets’ Rock Around The Clock caused a riot..

What follows is a a blast of Sabbath riffs and punk energy. Hawkwind and T Rex brought up to date. A 21st Century boy, if you will. Short songs interspersed with extended jams, with Segall’s band (featuring Mikal Cronin (bass), Charles Moothart (impressive on the drums, sporting a seventies hippy look and dreadlocks), Emmett Kelly (guitar), and Ben Boye (piano)) all looking intently at Segall’s lead.

There’s a feint of Lucifer Sam, a whiff of Sweet Leaf (in more ways than one, this is Elephant and Castle after all), and song after song including, as the set builds to a climax, a jarring and almost unrecognisable “Feel” from 2014’s “Manipulator”.

All the while the crowd is bouncing, with Segall conducting their frenzy, half facing the audience, but always with half an eye on the band. It’s a trick that Jack White uses, bouncing off other band members to generate something new.

It’s impressive stuff, it’s noisy, it’s riffs and fuzz tone, and wonderful to witness. If you get the chance I would thoroughly recommend you see this band live.

If Segall has passed you by, start with this song from his latest, self titled album. The one he started the show with.

If that’s to your liking, try the Manipulator album.

If that’s too slick, there’s plenty more where that came from: Segall is nothing if not prolific: his latest is his eighth solo album…

Ty Segall plays The End Of The Road Festival tonight.