Queens of the Stone Age – Live In London 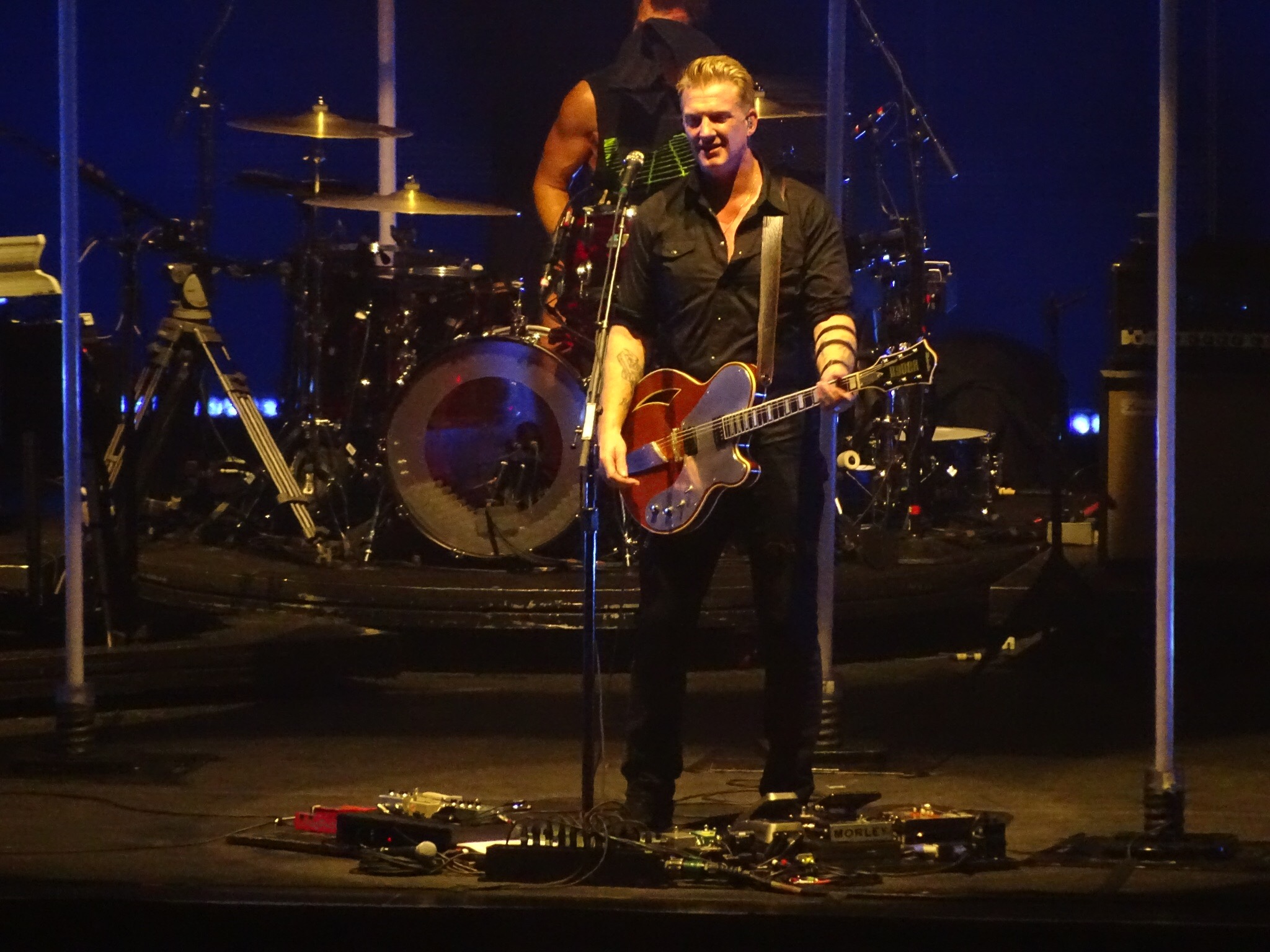 Josh Homme has come a long way since his formative teenage years when his band, Sons of Kyuss, filled the hot, star-filled Palm Desert sky with cacophonous noise, bonfire smoke and teenage attitude, playing gear powered by generators to a seething crowd of bored desert kids.

A far cry from tonight, where Josh Homme has filled London’s star-filled O2 Arena with cacophonous noise, albeit in a venue seething more with hot-smoked salmon canapes in the corporate boxes.

But one of the nice things about the O2 Arena is its democracy. Sure, there are very un-rock n roll boxes, but the open floor space allows the determined (and early) visitor to get to the front and join a decent mosh pit. It’s a tough ask for a rock band to fill the O2 Arena with sufficient intensity to keep the interest of someone in Row Z, upper tier, who may be otherwise occupied trying to stop a nose bleed or vertigo attack. This is a band who fifteen years ago played London’s Kentish Town Forum, on the back of the “Songs For The Deaf” tour. It is therefore interesting to see how it has coped with the migration from small 1,500 seat theatres to large 20,000 seater arenas.

At first the transition isn’t noticable. There’s a visceral “Monsters in The Parasol”, and an ebullient Josh Homme geeing up the crowd on this most miserable of Tuesday evenings; 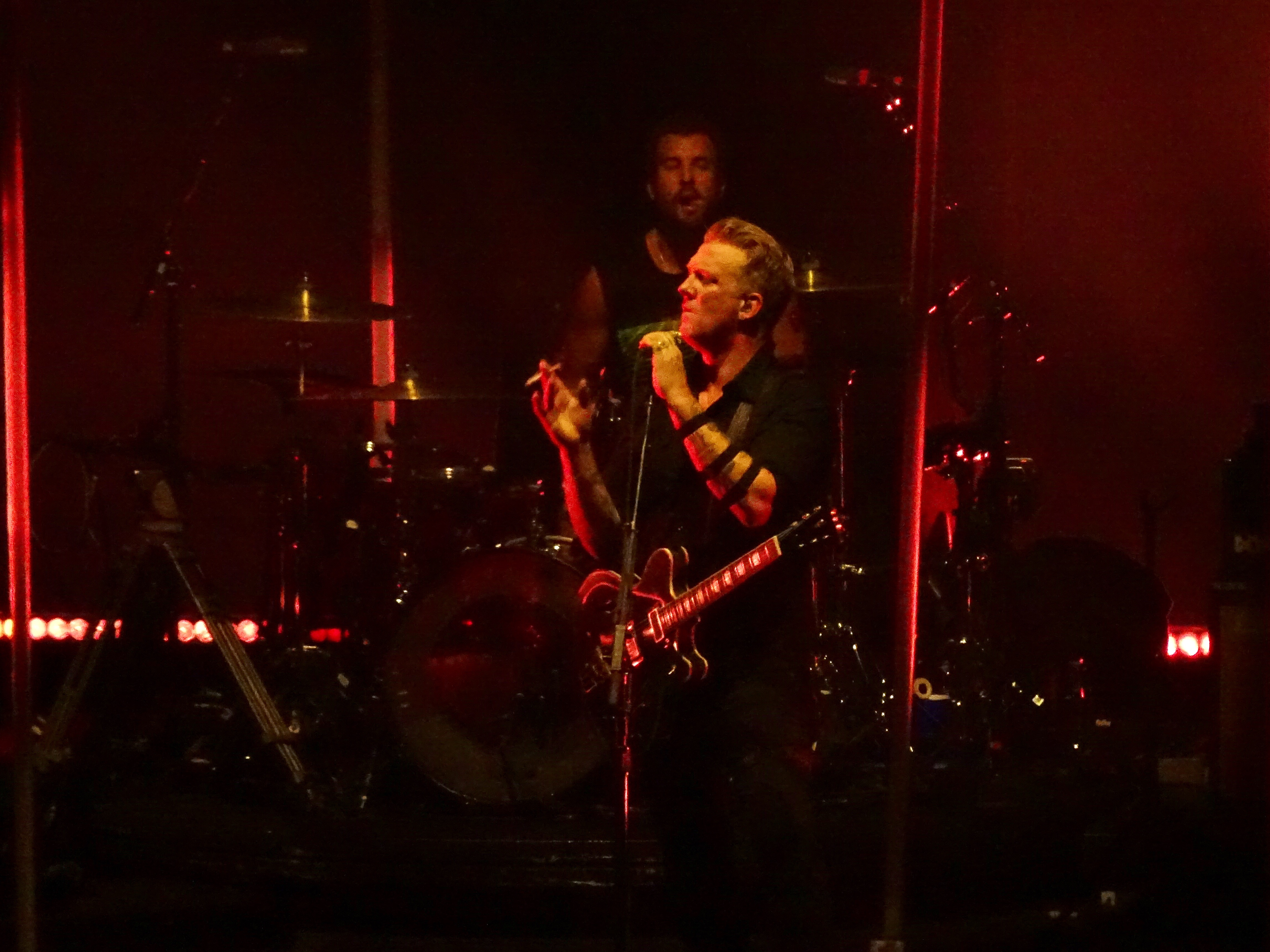 “My God Is The Sun” and the jumpy “Feet Don’t Fail Me Now” get the band leaping between the bendy light sticks that form the bulk of the set backdrop and the crowd jumping in the mosh pit.

We first miss Nick Olivieri’s roar on “Millionaire” but the roar from Homme’s guitar is more guttural than that of a lion that has stepped on a small piece of Lego.

A one-two of “The Lost Art of Keeping a Secret” and the band’s best known song “No-one Knows” feels they are tossing away the encores in the middle of the set.

Homme is resplendent in glittery boots, matching the funky “Smooth Sailing”, which shows how the band’s music has developed from the robotic trance metal of “Regular John” (aired later tonight) to late period Led Zep funk. 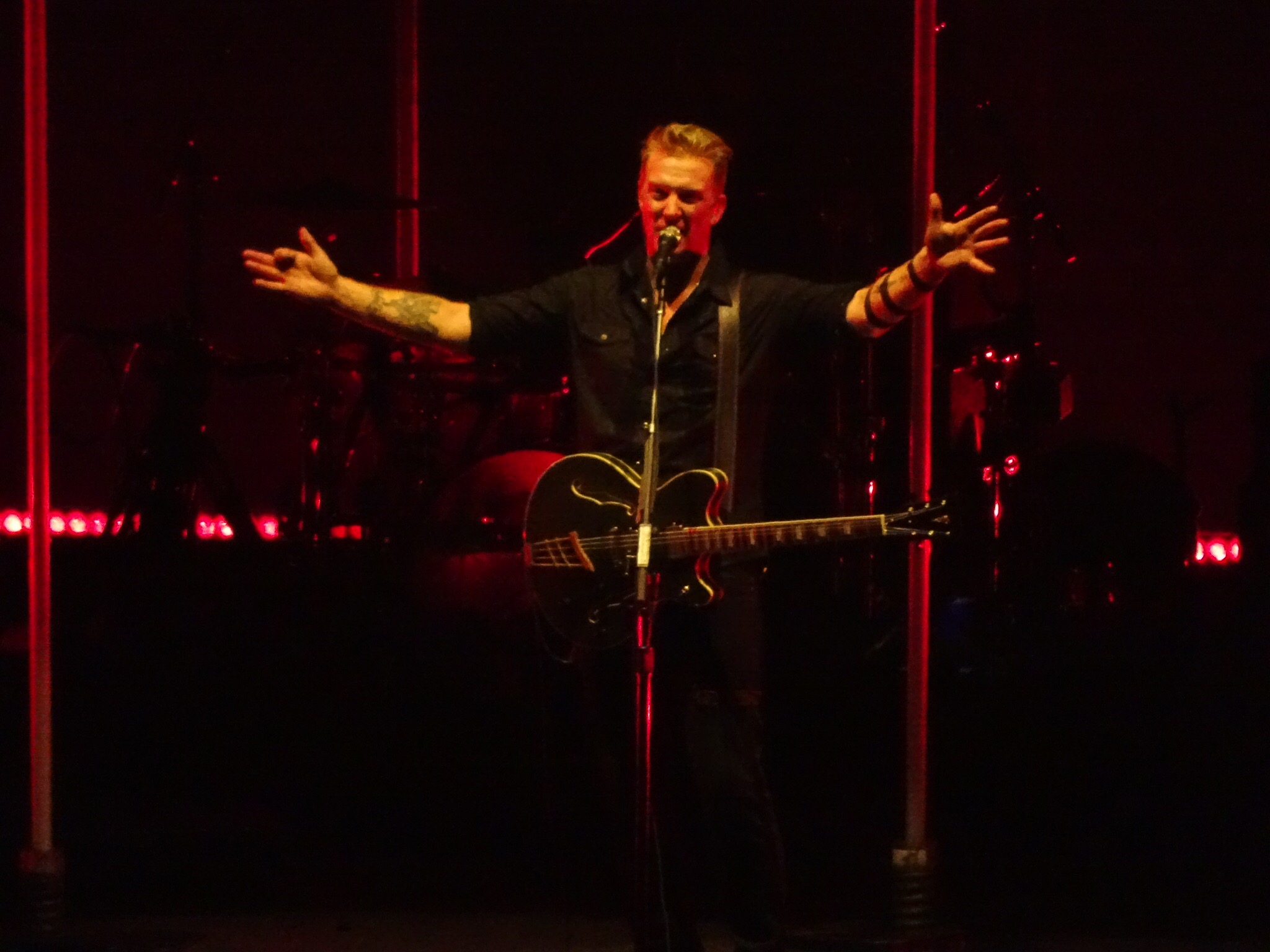 Mid period QOTSA got a good airing too – “Sick Sick Sick”, one of a couple from Era Vulgaris (“I’m Gonna Make It Wit Chu” also makes a welcome appearance) has never sounded better.

Perhaps the best songs were the most epic: “I Appear Missing” from “…Like Clockwork” and then set closer “Song For The Deaf”, a brooding quasi-prog-metal extension of Sons Of Kyuss, demonstrating the intensity of a rock band in a big arena.

Queens of the Stone Age have become less the band of brothers they once were and have matured into a collective centred around Josh Homme. Thankfully, Homme is up to the task. The music has never stayed still and the band has comfortably made the transition to the biggest arenas.