Geoff MacCormack was just seven years old and was wearing the brown uniform of Burnt Ash Primary school when he first met David Jones. They went to cub scouts together and were in the choir together. It transpired neither the cubs, choir nor school would end up providing the boys with the strangest outfits they would ever wear.

They bonded over a love of music, singing Frankie Lymon and The Teenagers’ “I’m Not A Juvenile Delinquent” on the corner of Cambridge Road when they were still in primary school. Their friendship even survived a moment when Geoff left a couple of David’s records on a sunny window sill, warping them.

Geoff and David stayed in touch as they grew up. Geoff once took a job at a men’s boutique called Mr Fish, introducing David – now having shed his Jones surname in favour of Bowie – to Mr Fish’s unique dresses for men, one of which ended up on the cover of Bowie’s album, The Man Who Sold The World. 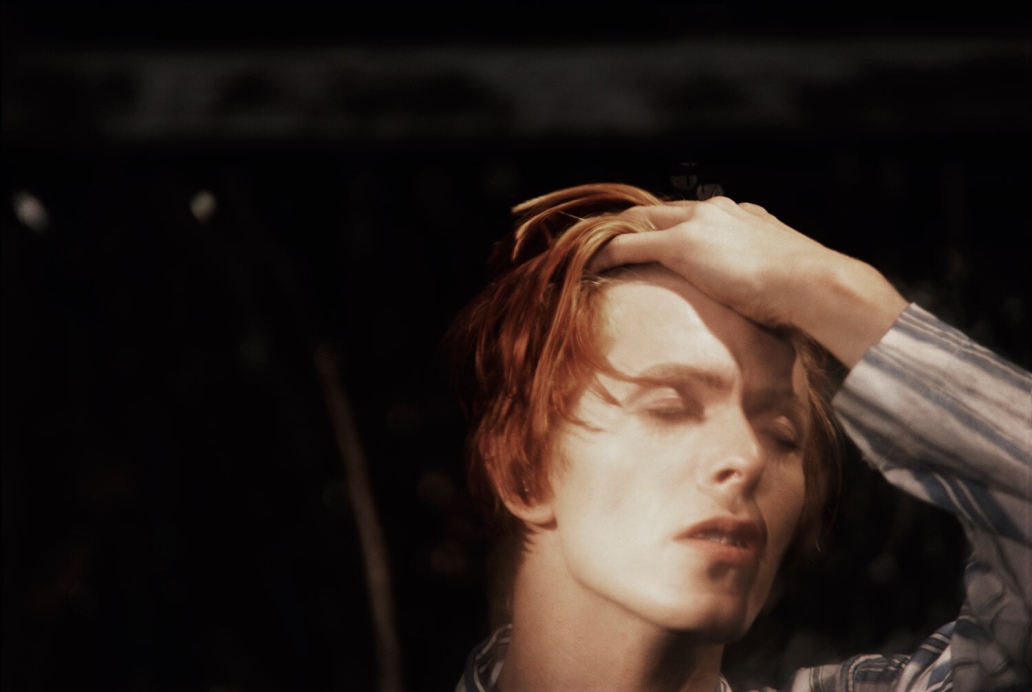 Geoff was working in London selling advertising space for trade paper Construction News when he took a call from David.

Would he like to join his band, The Spiders, as a backing vocalist and percussionist for a tour of the USA, Japan and the U.K.?

Well what would you have said?

They arrived in New York by ship, The SS Canberra, having travelled first class

The first time Geoff ever performed onstage was at New York’s Radio City Music Hall with Bowie. Salvador Dali was in the audience. Now that really must have felt surreal.

After a few shows, Bowie and MacCormack then headed back to the U.K. As Bowie didn’t like flying, they travelled 6,000 miles together – back through the U.S.S.R. – on the Trans-Siberian Express, arriving in the U.K. in time for a May tour. 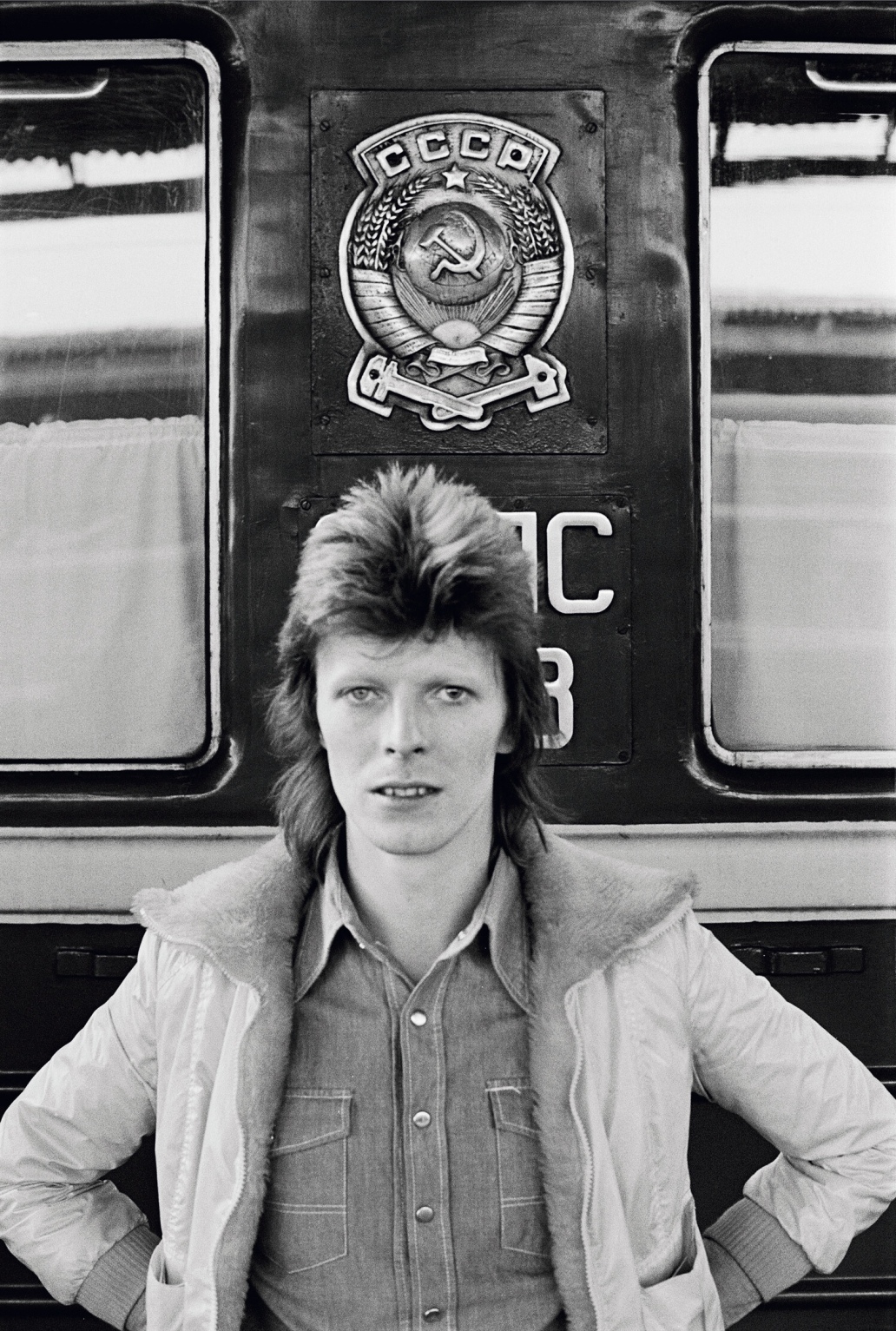 And happily, Geoff bought himself a Nikon camera for the journey and took photographs of the whole thing, having access to Bowie that a photographer for hire could only dream of. The photos he took formed the basis of a gorgeous book published by Genesis Publications a few years ago, and now his images can be seen (and purchased in limited editions) by the general public for the first time.

The tour lasted for three years and six albums, from Aladdin Sane to Station to Station. By the time they went their separate ways, Geoff had written “When You Rock and Roll With Me” with Bowie, had recorded backing vocals on “Fame” with Lennon, and been Bowie’s “body double” on the film set of “The Man Who Fell To Earth”.

It was quite the adventure.

MacCormack’s unique situation and access to his subject combined with a photographer’s eye for a good portrait and the resulting images are outstanding.

The exhibition, at the Francesca Maffeo Gallery in Leigh Road, Leigh on Sea – a gallery local to MacCormack – brings some remarkable photos together and highlights some that were buried away a little in the book.

The happy accident of Bowie shielding the light from one side of his face on a couple of photos for example. (There’s another version of this that is even more striking).

Most striking is this shot taken during the making of The Man Who Fell To Earth. “We were wired” says MacCormack “but it doesn’t show…”. It’s quite an intense look nevertheless.

All these intimate photos, scenes on board the train and outside, are enhanced by the showing of a short home movie that can be seen at the exhibition, filmed by Bowie and put together by MacCormack. The film, called “The Long Way Home”, shows Bowie’s shots of Soviet Military parades and of their travels on board the train, and footage of the ship they travelled on, all enhanced by MacCormack’s photos of Bowie.

The exhibition runs for another week, until the 14th April, and you can find details by clicking this link to the Francesca Maffeo Gallery in Leigh Road, Leigh on Sea, where images can also be purchased.

All images by Geoff MacCormack and used with permission.

Like Loading...
‹ Belle and Sebastian in Health and Safety Regulation Flaunting Shock: Live at the Troxy
Arcade Fire: So Good, They Can Make Even Wembley Arena Shake ›