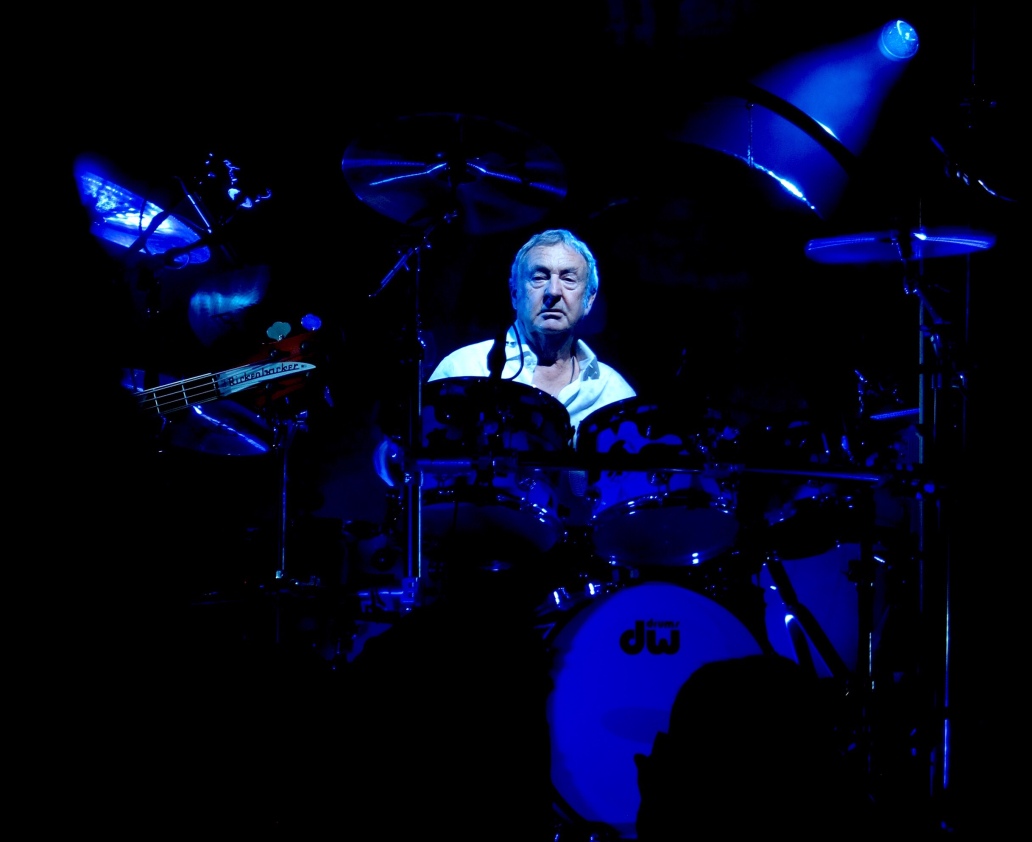 It says much about the popularity of Pink Floyd that remaining solo members can tour to packed houses around the world decades after their commercial peak.

While Roger Waters and David Gilmour have played Floyd’s best known songs from The Wall and Dark Side of the Moon to sold out arenas, the band’s genial drummer, Nick Mason, has pursued other interests, such as flying, writing an excellent memoir, and feeling justifiably very pleased with himself for buying a Ferrari 250 GTO for £35,000 in 1977 and which is now worth tens of millions. 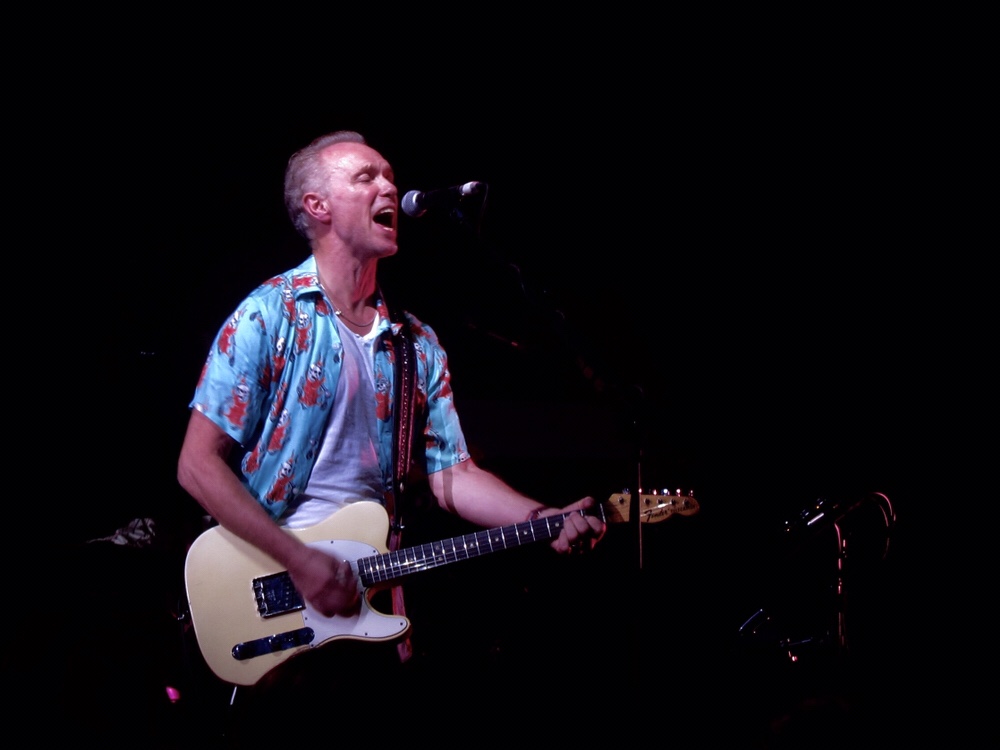 Such flights of fancy can provide sufficient distraction to obviate the need to pick up the drumsticks. At least they have until this year.

As Mason put it in a brief and good humoured introduction, “I finally got tired of waiting for the call from Roger and David”.

Earlier this year, Mason gathered some like minded friends, including session man and former Floyd bassist Guy Pratt and (to cut a long story short) ex-Spandau Ballerina Gary Kemp, with an eye on playing some Pink Floyd songs. 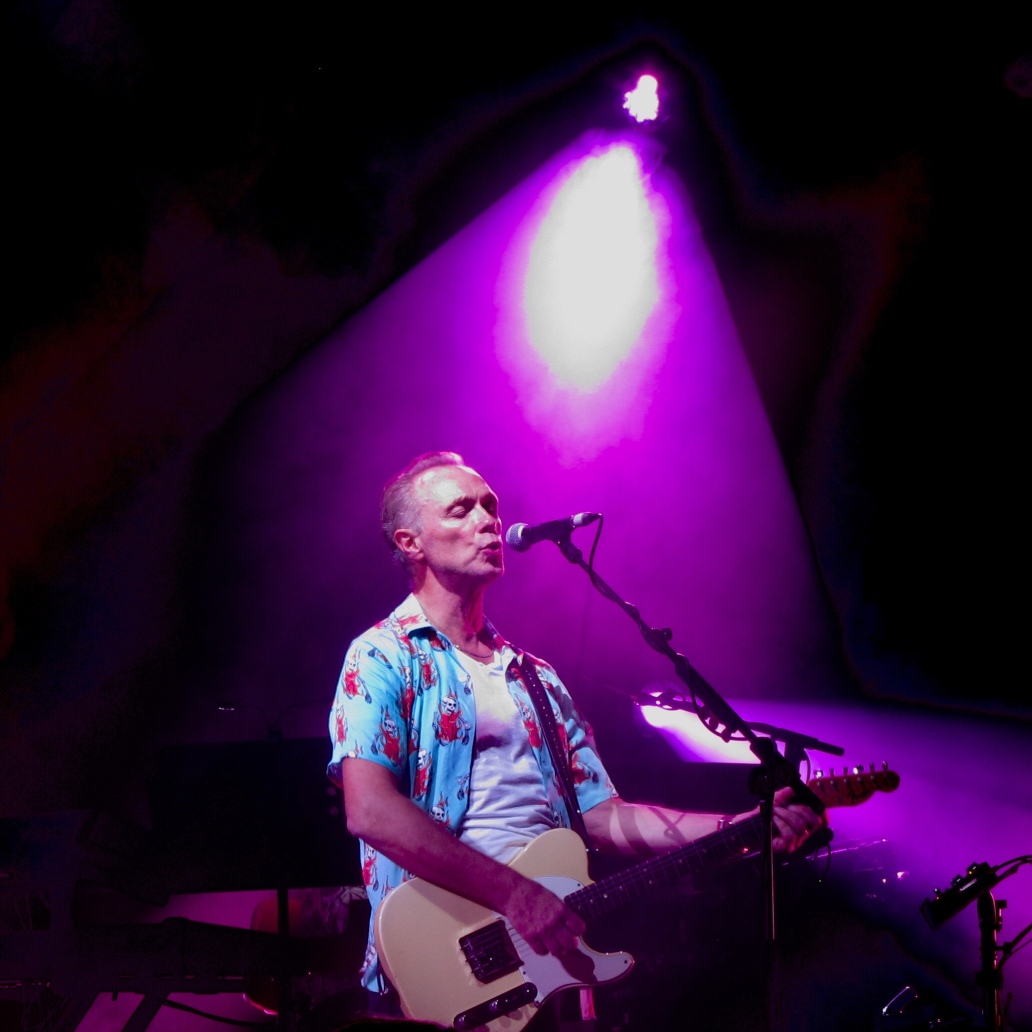 This is an interesting idea, but one fraught with potential problems. Firstly, Mason is the only original member of Pink Floyd onstage, and while Waters has The Voice and Gilmour The Guitar, the call of the drummer is seldom as urgent, unique or compelling as that of the siren-voiced singer or deft-handed guitarist.

Secondly, in taking on hired hands, no matter the calibre, there’s a need to avoid the “tribute band” tag, especially at £50 a ticket. 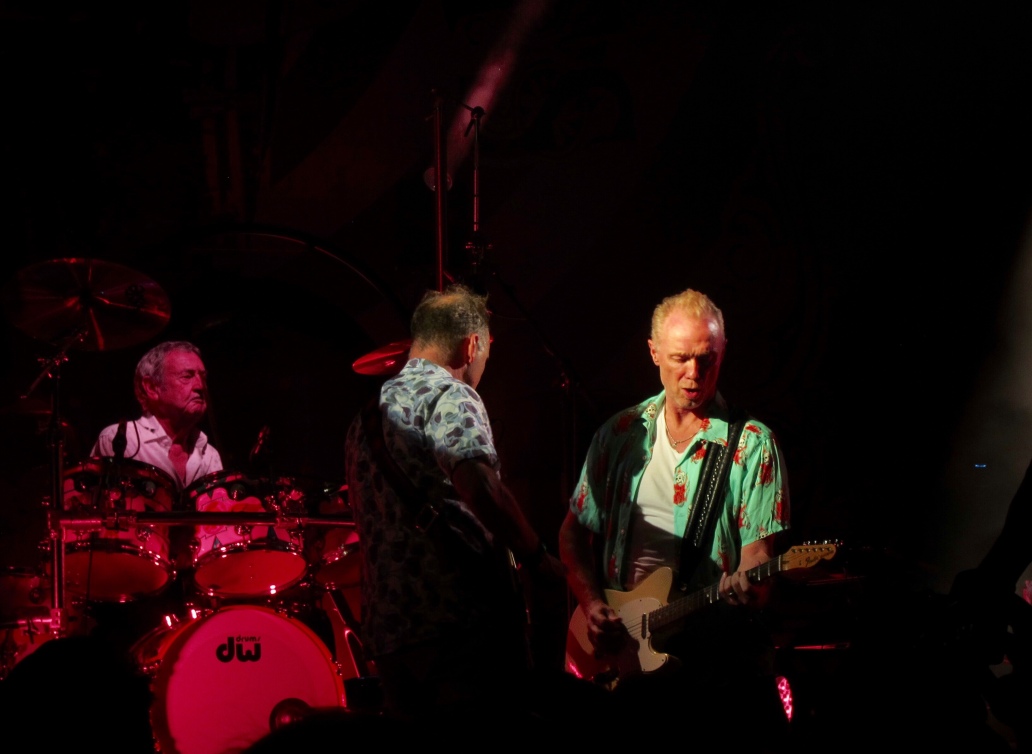 Finally, with Gilmour and Waters having both recently been on the road, does the world really need another touring Floyd show?

Mason has deftly answered the latter question by calling his band A Saucerful of Secrets. Instead of playing the Hits as his former colleagues do, Mason has decided to go back further in time. To the beginnings of Floyd. To the pre-Dark Side of the Moon days.

Mason and his Saucerful Of Secrets even returned to the Camden Roundhouse, scene of one of Pink Floyd’s early London gigs, when Floyd played on a bill including The Who at a New Year’s Eve “Giant Freak-Out All Night Rave”.

And although there were few signs of freaked-out-hippies (more’s the pity) or all night raving (you suspect most of the audience – and band – have put those days behind them), neither was it entirely about nostalgia.

Although the band playing the songs onstage may have more years behind them than in front, the men who wrote the songs all those years ago were youthful, inquisitive and full of energy. And that can still be heard in the songs, even fifty years after they were written.

The band plays beautifully, with Kemp and Pratt sharing vocals, and the songs have stood the test of time. “Arnold Layne” has lost none of its charm, with a younger moustachioed Mason projected on screen behind the more senior, actual version – the Heartbeat of Pink Floyd as Gary Kemp described him – onstage, acknowledging the passing of time.

The set list covered early favourites such as “Interstellar Overdrive”, “See Emily Play” and “Lucifer Sam”, songs from Meddle (a lovely “Fearless”, complete with the “You’ll Never Walk Alone” football chant), Obscured by Clouds, (the title track, “When You’re In”), More (“The Nile Song”, which Guy Pratt enjoyed immensely, joking “I once suggested to David that we play this, to which he suggested I join another band. So I did!”) and Atom Heart Mother (the title track, “If”). Whatever colour of pre-Dark Side of the Moon Floyd you like, it was present.

And as the more obscure “Vegetable Man” was played – a song that never made the Saucerful album because, as Mason put it “We ran out of Syd before it was finished…” – it was clear the music was as expansive, as urgent and as diverse and interesting as anything produced since.

Here was Prog, sure, but also the roots of shoegaze, garage rock, psychedelia, indie, electronica and dream pop. This was music made by young people, progressive in thought and approach, which still sounds vital after all these years.

Like Loading...
‹ A Spotify Playlist That Isn’t Trying To Sell You Something: Guaranteed!
The Moment Adam Clayton’s Wedding Tackle Became The Cover Star of U2’s Achtung Baby ›