Home › Indie › More Pictures of The Horrors and The Black Belles

More Pictures of The Horrors and The Black Belles

Following my earlier Horrors post, here are a couple more photos of Wednesday night’s gig at Chinnerys in Southend, including a couple of support band The Black Belles.

The Black Belles are signed to Jack White‘s label Third Man Records and this is their first UK tour. They play The Barfly in Camden tonight and play Brighton, Brixton and Southend again (this time at The Railway Hotel). 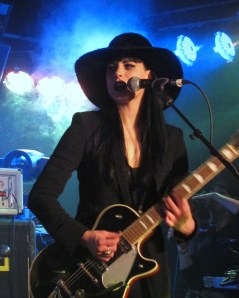 They look great in their gothic all-black garb and have a garage rock sound. Drummer Shelby Lynne flails away on her kit like a woman possessed – they are well worth checking out. 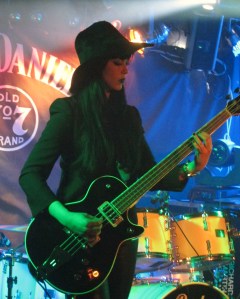 Also playing in support of The Horrors was local band Clout who played an experimental mix of sounds. The singer rather bizarrely looked like a cross between a twelve year old Ian Curtis and Michael J Fox. Their set ended on a comedy high point (for me anyway) when one of the band produced a saxophone from nowhere to play a final note. It couldn’t help but evoke memories of Gonzo at the end of the Muppet Show. I was slightly disappointed that it didn’t explode…

Like Loading...
‹ The Horrors! The Horrors! Southend’s Chinnerys shakes to secret JD Roots homecoming gig by The Horrors.
Kiss…..And Things You Don’t See Anymore #3: Denim Jackets With Band Names on the Back ›