Cowbell – Live at the Lexington, N1 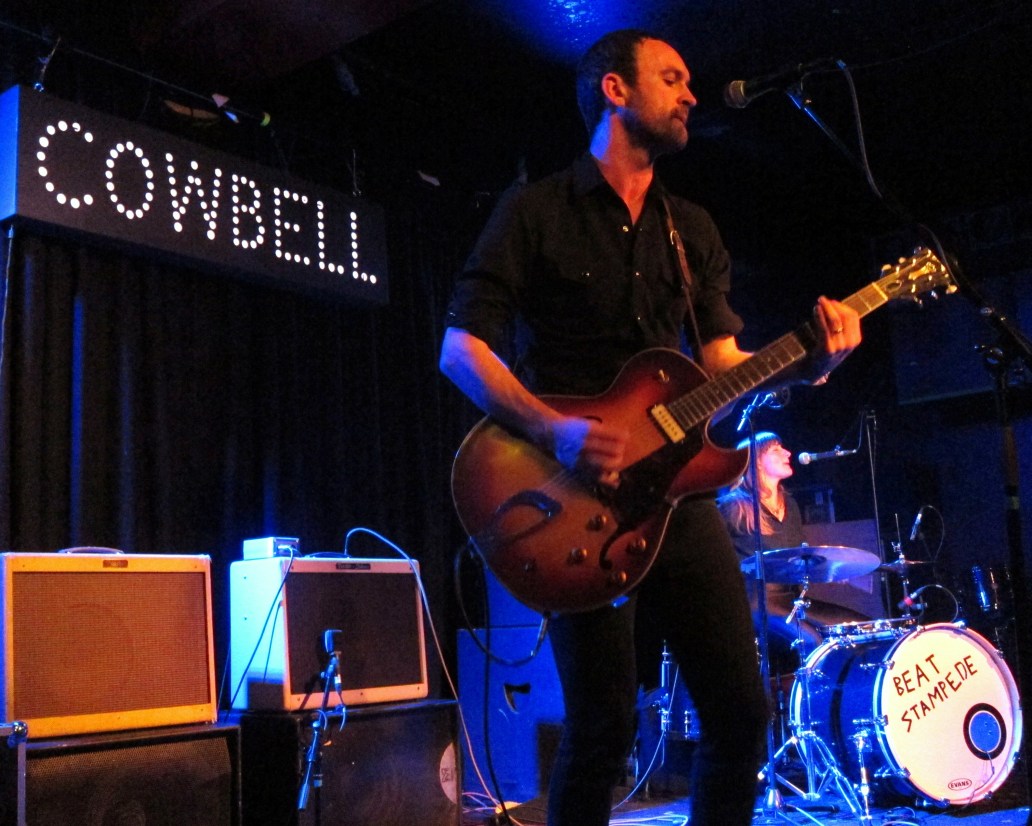 Cowbell at The Lexington on Wednesday night

Having raved about Stoke Newington garage rockers Cowbell following the release of their single Tallulah, I braved the muesli-and-vegetarian-infested Islington scene and found its finest music venue / boozer The Lexington on Wednesday night to see the band play live.

A decent old pub with an upstairs area for bands, The Lexington was a perfect venue to see a band marking the launch of their debut album, Beat Stampede. I joined a packed house for my first chance to hear the new material and to see the band play. They were excellent – despite drummer Wednesday Lyle being apparently flu-ridden. 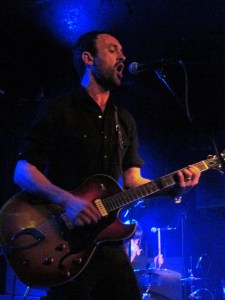 Highlights for me were fast blues rocker Mississippi (I never seen the Mississippi / cos I’ve been here ever since I met you / And I’ll be right here ’til I forget you / but I’ll never forget you…), the ridiculously catchy Hanging By A Thread and Love Got Me Down which is a terrific sixties tinged garage rock anthem on which Wednesday takes the lead vocals. Guitarist / vocalist Jack Sandham alternates between peeling off some tasteful licks and hammering out some catchy riffs which works to great effect.

Cowbell concluded their set with All In Good Time, a gentle ballad, followed by slide-guitar-destroying-Delta-blues-romp Tallulah which sent everyone home happy. 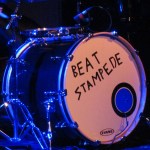 I picked up a copy of Beat Stampede on vinyl on my way out – and the album delivers on the promise of the single Tallulah. Side One is filled with catchy no-nonsense garage rock tunes whilst Side Two steers a more eclectic path. None of the songs lasts longer than three minutes five seconds. There’s even a sax-based tune (Bills) on side 2 which is great fun.

The elephant in the room, of course, when talking about any two-piece rock band with no bass player and a female drummer is how they compare to The White Stripes, and similar comparisons will be made with The Black Keys. To answer that, I would say that Cowbell differentiate themselves greatly by having a definite sixties vibe (by which I mean British Invasion) to their songs. They write garage-pop tunes – reducing the blues influence (which still remains) but which means they sound less swampy than the Black Keys and have less attack in their playing than The White Stripes. Wednesday also contributes good backing vocals, which is not something you hear from The White Stripes or Black Keys.

Live, the two-piece format does lead Jack and Wednesday to naturally feed off each other, and they have a good vibe and understanding reminiscent of both those “other” bands. Judging from their smiles they were clearly having a great time up there.

You can hear More Cowbell on a forthcoming XFM session – see Cowbell’s website for details. If you live in The Netherlands, Cowbell will be touring near you in November…

Like Loading...
‹ How I Learned To Love Radiohead – Live At The O2 Arena
Remember The First Time You Heard….Bowie’s A Space Oddity? ›