2120 South Michigan Avenue was immortalised in song by the Rolling Stones in their 5×5 EP (recently re-released on Record Store Day) and was the headquarters and recording studio of Chess Records.

It is worth listing just a few of the songs recorded at this studio, because that list is like a lesson in American music. Not a dull lesson with a fusty old teacher droning on whilst listlessly scrawling chalk on a board, dreaming of gin and tonic. A vibrant, fun and energising lesson packed with great songs and soaking in the social history of America. 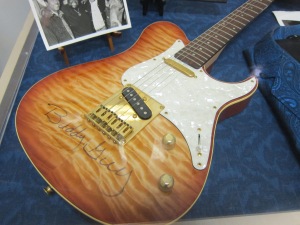 Muddy Waters‘ declaration that he was tired of the racial epithet of “boy” surfaced as he roared “I’m a Man!” in “Mannish Boy” – as powerful a song as you’ll ever hear. Etta James sang “At Last” at Chess Record Studios. Chuck Berry introduced us to “Johnny B. Goode” here. Howlin’ Wolf’s Smokestack Lightnin’, the wonderful “Rescue Me” by Fontella Bass – even John Lee Hooker managed “One Bourbon, One Scotch, One Beer” at 2120 South Michigan Avenue. Many classic songs recorded here were written or part written by Willie Dixon who was an important part of the Chess Records story, and who wrote Little Red Rooster (#1 hit for the Rolling Stones) and Bring It On Home and You Need Love, both of which were covered by Led Zeppelin – the latter forming the basis of Whole Lotta Love. Great grooves, all.

A ten minute taxi ride from Downtown Chicago, the studio was a must-see attraction when I had a recent stop-over in the Windy City (you can keep your weird “Chicago mix” of cheese and caramel Garrett’s popcorn, Chicago: Chess Records is what you should be telling people about). It is now the headquarters of The Willie Dixon Blues Heaven Foundation, and a museum.

In his biography, Keith Richards described Chess records as “hallowed ground” and the “perfect recording studio”. In a two day break on their first US tour The Rolling Stones recorded fourteen songs, including their first #1 hit, “It’s All Over Now”. The first ever version of “Satisfaction” (an acoustic version) was also recorded here, a few weeks before the final, fuzz-toned single was cut.

Richards describes the famous moment that the Rolling Stones first visited Chess: “We walked into Chess Studios and there’s this guy in black overalls painting the ceiling. And it’s Muddy Waters and he’s got whitewash streaming down his face and he’s on top of a ladder. Marshall Chess says “Oh, we never had him painting”. But Marshall was a boy then, he was working in the basement. And also Bill Wyman tells me he actually remembers Muddy Waters taking our amplifiers from the car into the studio. Whether he was being a nice guy or he wasn’t selling records then, I know what the Chess brothers were bloody well like – if you want to stay on the payroll get to work.” 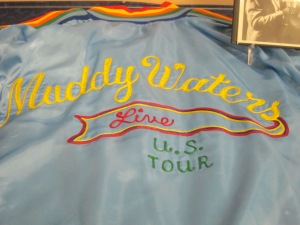 Another version of the story has Waters look at the Stones, laughing and saying, “I like what you boys are doing with my music.” Whilst perhaps apocryphal this is nevertheless a great story.

For my visit, sadly, there were no blues legends doing a spot of decorating, but I was greeted by the friendly Kevin, who started my tour by playing a DVD of the history of the blues – and of the studio. It features Buddy Guy and Little Walter, the latter of which was the inspirational harmonica player in Muddy Waters’ band.

It features Willie Dixon and Koko Taylor who explains how Dixon first sang her Wang Dang Doodle. One of Koko’s dresses stands quietly in a corner next to a copy of one of her records.

Leonard Chess explains how he created an echo – not by effect boxes, but by the careful placement of two microphones. John Lee Hooker plays Boom Boom on an out of tune unplugged guitar. In the meantime, I was distracted by looking all around the room at the displays, of old studio equipment and instruments. 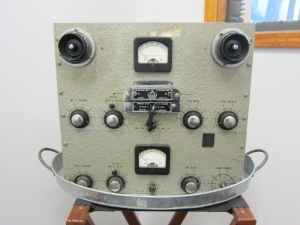 What is special about the place is its history. Or is it? Why does it have such an illustrious history? It takes a while to notice – but the answer is its careful construction. It is a bit wonky, for want of a better term. There are no parallel surfaces in the room, giving it the unique acoustic quality that drew artists to record here. It has a concrete and cork-lined floor. 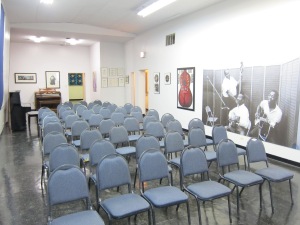 Adjustable panels on the wall could be opened to reduce the “size” of the room to a third of its normal area to suit, say, a smaller group of players. It was all purpose designed by a chap called Jack S. Wiener. There’s more than just history to this – there was something that drew the artists to record there beyond the Chess label run by brothers Leonard and Phil Chess.

The control room, with its large foam-lined (for soundproofing) window into the studio still survives, albeit the mixing desk does not. What we do see is some very old equipment: the original reel to reel recorder is all that survives from the Chess years, but a two track, or perhaps four track console from those times is on display. You can play with these controls and picture Dixon or Guy on the other side of the window singing and playing.

An organ stands at the back – not the Hammond B3 that would have been on the sessions, but a nice Leary donated by a visitor.

Like the blues players it celebrates, 2120 South Michigan Avenue is unique, an important part of our musical heritage, and relies upon the public to just about scrape a living. It is a wonderful thing that it is still standing when so many other old studios have closed down. If it needs another lick of paint, and I’m in the area again, I couldn’t think of a better use of my time. If it’s good enough for Muddy Waters, it’s good enough for me..