Sound of 2014 – Your New Favourite Bands

2013 was another fine year for music. From the amazing dub-garage of Julian Tummy to the ground-breaking art-grunge trilogy of albums from The Nervous Dingos, there has been a wide variety of truly inspiring sounds that have made us laugh, cry and even clear our throats slightly.

But so much for the year just gone. That’s all old hat. What about 2014? Because music’s no good if it isn’t New! And Fresh! And Exciting! And New! 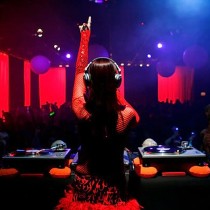 Art-EDM band from Chelmsford, Essex, fronted by outspoken lead singer Wendy Diablo – formerly of Children’s TV teenybopper band The Cuddles before their acrimonious split late last year amidst rumours of ketamine abuse. Diablo has since courted controversy during press conferences wearing a dress made from live budgerigars whilst licking wooden household objects, forcing the cancellation of shows due to tongue splinters. We hope forthcoming download-only debut album National Health Cervix will literally be the last word in EDM.

J-pop band from Burnley fronted by charismatic duo Jeremy Fewmet and Rupert Smeal. Lead single “That’s My Casio” flooded the dance floors in Ibiza in late summer and although some say they are a one trick pony, others point out that great things are expected from follow up “That’s My ZX 81“, which will be released only on cassette. Both songs will appear on debut album “That’s My C5”.

Harry’s characterful tales of growing up amidst the street violence of Homerton and Dalston have struck a chord with many listeners this year, despite his apparently having been educated at Charterhouse. Recently courted controversy after tweeting comments that appeared to glamourise gang culture in Homerton and question Britain’s role in a federal Europe.

Four piece all-girl alt-country tinged band from Tuppaware, Ohio. Flan have delighted festival goers this year with their close harmony singing and square dances. Lead vocalist Jennifer Slightly-Grim has impressed many with a voice that is a mixture of Shania Twain, Cilla Black and the girl from Dollar.

This Shoreditch-based three piece synth-neo-disco outfit first met at trendy Spitalfields clothing store Vol-au-vent Trevor. Made waves in October by releasing debut single “En Brogue” in an unusual format: it was only available if you brought in your own Chrome tape to their shows for them to record over. An East London-wide shortage of chrome D-90s resulted and early copies of “En Brogue” now fetch over £300 on Craig’s List.

Stacey’s Dad hit headlines amongst the ornithological community earlier this year when their limited run of first 7″ single “Great White Porcelain Telephone” came with a free Goshawk. It would have got them disqualified from the charts had they sold any copies and it incurred the wrath of animal rights activists who now picket every show they play. However, Stacy’s Dad have now released a second single of neo-psych, harpsichord-tinged indie rock which has reminded many commentators of early Trabble records.

These Scouse rockers come from Walton on Thames where their live shows have featured flamenco dancing and Kabuki-influenced shadow puppetry in a unique dub-metal visual display.

Eschewing 2013’s most popular format (the cassingle), their debut release is only available on the eight track format and can be found in boxes of own-brand cereal sold at Fresh and Easy Health Stores. 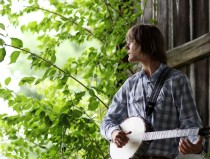 Bola’s debut album is a serious and thoughtful look at how the role of religion has diminished in the 21st century. Opening single “Coconut Shy” looked at how people hide their emotions when under fire, and next single “Donkey Tail Pinned, Donkey Dies” has already got people talking about other records.

Have you seen any of these artists? Which do you think will make the grade in 2014? Let us know in the comments section below…

Find out here who we tipped last year in our Sound of 2013 – and what happened to those rising stars.